Federal government forms task force on issue after media points out that school-bus decision based on flawed Ministry of Transport decision
May 7, 2019 1:15 AM By: Mario Canseco / Glacier Media 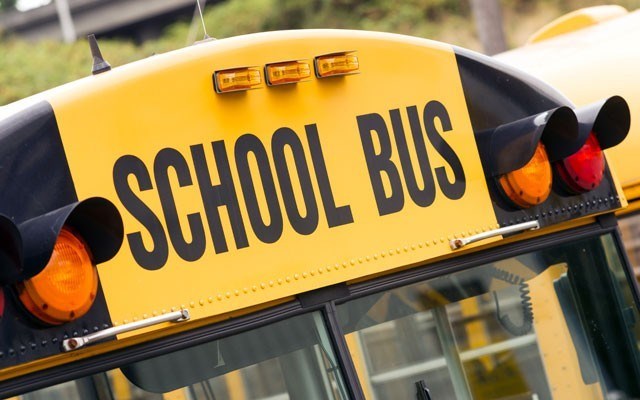 SEAT BELTS COMING? British Columbians are decidedly on board with seat belts on school buses, with 88 per cent of respondents to a Research Co. poll voicing support.

One of many pending issues

that may be derailed by the outcome of this year's federal election is a task force that is currently studying the possibility of having all school buses in Canada fitted with seatbelts.

Discussions about this idea multiplied in October of last year, following a report on the CBC's investigative program The Fifth Estate, which pointed to a defective Transport Canada1984 study that claimed children would be safer inside a school bus that was not equipped with seatbelts.

The report's flaws are now unmistakable. In any case, relying on a document more than three decades old to settle a 21st-century safety issue seems ill advised. Our vehicles and our roads are different than they were in the year Brian Mulroney became prime minister. This is one of the reasons for federal Minister of Transport Marc Garneau ordered the creation of the task force.

Several provincial governments have also started to look into whether school buses should have seatbelts. Parents and school bus drivers are gathering signatures to petition lawmakers-at all levels-to take a serious look into this matter.

Canada appears to be lagging when it comes to legislation and action. In the United States, eight jurisdictions-Arkansas, California, Florida, Louisiana, Nevada, New Jersey, New York and Texas-have made seatbelts mandatory on school buses. But establishing rules and regulations is only a first step. In some of these American states, the definition of a seatbelt is not clear. Some buses have to rely on lap belts, while others have been equipped with lap-shoulder belts.

Other countries have managed to implement the changes more quickly. In Singapore, retractable three-point seatbelts have been mandatory for all new school buses since April 2009, and all other school bus models had to be retrofitted by the end of 2011.

In Scotland, the bill to install seatbelts in all school buses passed in a 102-0 vote in 2017.

Regardless of the type of legislation that is considered, bringing an existing fleet in line with new rules will be expensive. America's National Association for Pupil Transportation has calculated a cost that ranges between US$7,000 and US$11,000 to install seatbelts in a school bus. This is a considerable financial burden for school boards that may already be grappling with budgetary constraints, unless there is some form of government assistance.

British Columbians are decidedly on board with this change, with 88 per cent of respondents to a Research Co. poll voicing support for making seatbelts mandatory for school buses in the province.

Agreement with this idea is high across both genders, all age groups and in the five major regions of British Columbia. Practically nine in 10 B.C. residents believe installing seatbelts in school buses is the correct step to take.

Our concept of what constitutes safety in a vehicle has been altered dramatically over the past few decades. Child seats and booster seats are the norm in our personal vehicles, but there is no clarity on how children should be protected after they enter a school bus.

The federal task force must review many issues before deciding what to do. In British Columbia, a large proportion of residents would welcome some action. Still, two aspects need to be crystal clear:

¥creating a Canada-wide standard for seatbelts that would spare the country from the patchwork legislation that some American states have; and

¥defining the type of financial contributions that will come from the federal government-or provincial governments-to ensure that all pupils in the country are afforded the same level of safety inside a school bus. ¥