Once in a while someone in the tech world will realize this column exists and offer to send me something to review. Most recently that was California-based Iolo Technologies, which makes a program called System Mechanic.
Sep 25, 2013 9:00 PM By: Andrew Mitchell 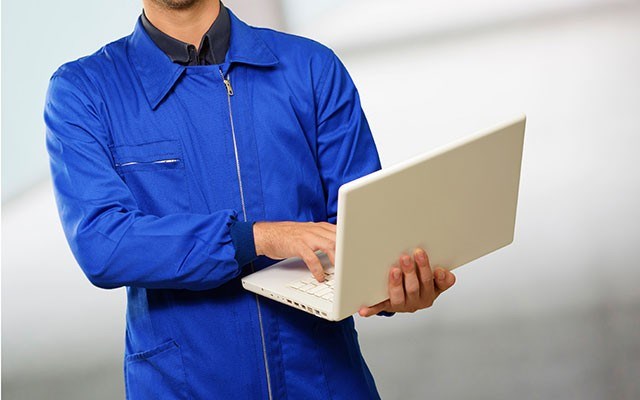 Once in a while someone in the tech world will realize this column exists and offer to send me something to review. Most recently that was California-based Iolo Technologies, which makes a program called System Mechanic.

I had written a bunch of advice for PC owners to clean their systems out and improve performance, and Iolo pointed out that they make a product that does all of those things and more without downloading a bunch of smaller programs or doing the work yourself. I had heard of System Mechanic, but I tend to default to freeware and do-it-yourself solutions in this column and System Mechanic comes with a price tag attached — a modest $35 to $50, depending where you buy it.

I was very interested to try this out. My laptop is getting old — almost four years now and it was refurbished to begin with — and I've noticed a lot of small issues cropping up plus a worsening overheating issue. I do regular maintenance, but it was probably time to bring in the professionals.

System Mechanic took about 10 minutes to install, and almost the first thing it did when I activated it was to create a restore point, giving me the ability to revert back in time and undo any damage that might be done when System Mechanic scours my system.

You can review all of these issues one by one, or just click Repair All to fix them all.

The fix was relatively quick and painless, maybe 20 minutes. After that I decided to undergo the Complete PC Tune Up, which actually took closer to two hours — and might have taken longer if I hadn't done a disk defrag six months ago.

It's hard to measure what the results were, but I did benchmark a few things before I used System Mechanic — startup time, restart time, time to open Firefox, time to open Microsoft Word — and I can say that I have noticed an improvement in three out of four of those things. The cold boot was almost seven seconds faster, the restart was closer to 15 seconds faster and Firefox loaded about four seconds faster. Word was about the same, but System Mechanic seems to have solved the annoying lag I would get switching back and forth between my web browser and Word.

I also checked my system memory and CPU usage before and after, and both were reduced.

As well as the initial scan and fix, I've turned on System Mechanic to periodically scan my computer and keep it running in an optimized way. It doesn't use up a lot of system resources to do that — my initial concern — and I'll have a better idea in a few months how that's working.

Grant Theft Auto V is now the top-grossing entertainment thing of all time, racking up more than a billion dollars in global sales in just two days. That's almost $350,000 a second for two straight days.

Nobody knows how much Rockstar invested in the title, but it takes a staff of hundreds a few years to make a game like this, and no expense was spared. The soundtrack alone is comprised of some 240 songs that had to be licensed.

Some of the estimates for total cost fall between $130 million and $260 million, which means Rockstar has either realized a return of between 400 and 800 per cent on its investment.

Leaving aside debates on the quality and substance of the game and its characters, and the larger issue of violence in video games (it's rated "M" for mature for "blood and gore, intense violence, mature humour, nudity, strong language, strong sexual content, use of drugs and alcohol") Rockstar has achieved something remarkable here. A billion in sales will likely become two or even three billion by the time the next GTA comes out, when you include the PC port (usually a year behind), Christmas sales, online sales, downloadable content, soundtrack sales, merchandise and other revenue streams.

Nothing Hollywood will do this year will come even close. Video games have been the biggest entertainment industry for years now, and launches like GTA V underline the reasons why.