Good news, people! Somebody in Ottawa woke up on the job and realized it's 2014. Shocking right? Well that means those new fangled cellphone device things are no longer that much of danger to you and everyone around you.
May 28, 2014 6:00 PM By: Christopher Poon 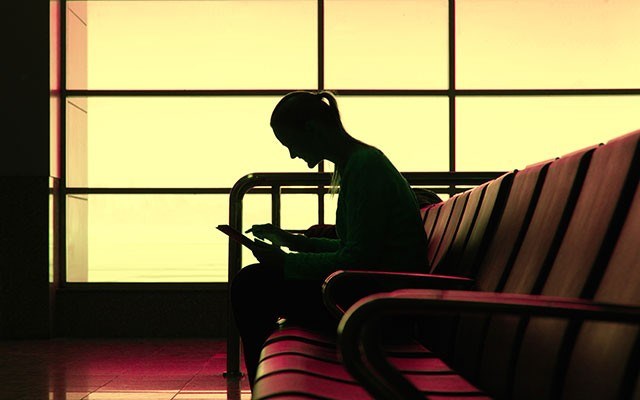 Gadget me up Finally Canada is allowing passenger use of digital devices like cellphones and iPads.

Good news, people! Somebody in Ottawa woke up on the job and realized it's 2014. Shocking right? Well that means those new fangled cellphone device things are no longer that much of danger to you and everyone around you.

Cellphones, iPads and even Game Boys (remember those?) were apparently a danger in all flights, as everyone and their mother claimed that all of the devices and more interfered with avionics.

While that may have been a concern in the 1990s, you'd like to think that technology has advanced enough that they could build an airplane that wouldn't be in danger of dropping out of the sky due to somebody using an iPhone.

And in the last decade, as millions of people a year fly with the most up-to-date technology available, you'd think you'd hear many more incidents about planes being interfered with, if smartphones or other devices did in fact disrupt flight instruments.

So, with that in mind, Transport Canada is finally allowing airline passengers to use their smartphones, and whatever else, during takeoff and landing. But wait! What's this? Only in airplane mode?

While you may finally be able to have your trusty iPhone or Android device on during that eight-hour flight to the U.K., you must still have it in airplane mode.

Airplane mode is that nifty little feature in essentially all smartphones that disables all transmitting features, such as calling, texting and even web browsing and streaming.

The feature has been around for about six years now and was specifically designed to allay concerns airlines may have about interference and the like. Good to see our transportation rules catching up with the times.

With the new rules you can basically watch movies, play games, read books and do everything else on your phone, so long as you aren't sending or receiving a signal.

Funnily enough, the announcement comes at the same time some airlines are testing out WiFi on planes, as transmitting data via laptop apparently isn't as bad.

Part of the new rules by Transport Canada means that airlines must first prove their aircrafts are not affected by electronic devices before allowing passengers to use them during the critical portions of the flight.

So I guess it's good that somebody took the half-step forward in allowing us to use our devices (albeit in a somewhat neutered way) during the 15 minutes it takes to take off and descend.

It would be nice to see if Transport Canada decided to look into the bigger picture of simply using any common device at any time, and maybe introduce a blanket ban on aircrafts affected by something as simple as a smartphone. It is 2014, after all.