British Columbia is doing something new. Something every other province and territory has already engaged in—drawing up endangered species legislation. Coincidentally, B.C.
Jun 27, 2018 6:00 PM By: Leslie Anthony 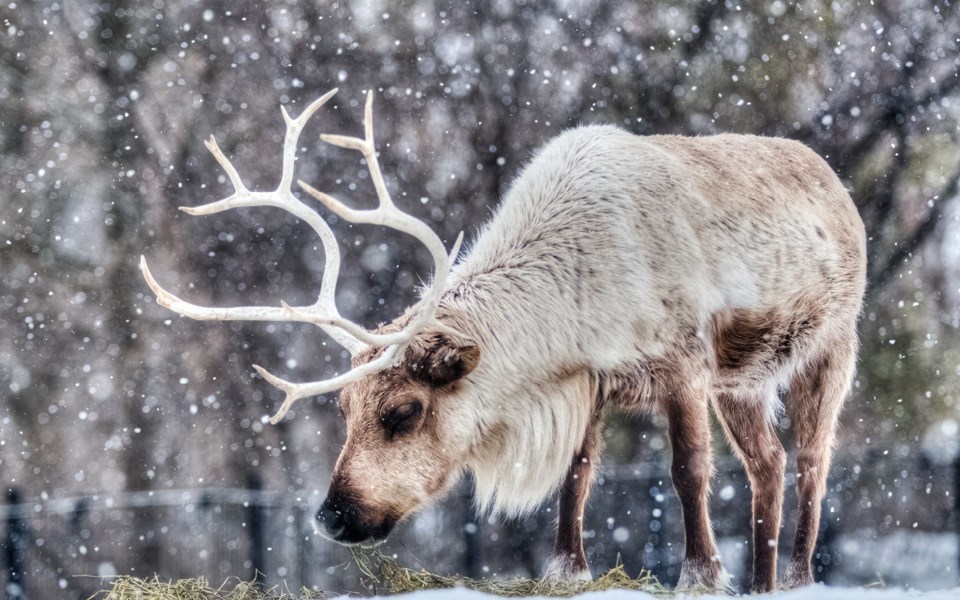 British Columbia is doing something new. Something every other province and territory has already engaged in—drawing up endangered species legislation.

Coincidentally, B.C. is also revamping environmental review laws, and these two pieces of legislation have huge bearing on one another; designating and protecting endangered species provincially (on top of federally) should make environmental reviews in their habitat much more stringent. In return, some of the province's beleaguered species might get the break they need to make a recovery. One unlikely to do so, however, is caribou, whose handling to this point has been a story of bungling, hubris, ineptitude and industry kowtowing.

Across the province, populations of boreal and mountain woodland caribou are dwindling, in many cases rapidly. Examples: B.C. continues to approve wolf culls as a means to recover caribou when fragmentation of habitat by forestry and oil and gas interests is to blame for both decreased numbers and increased predation; west of Fort St. John, First Nations are attempting to save the Klinse-Za herd by placing pregnant females in pens to raise their calves safe from predators; in the B.C./Washington borderlands, the South Selkirk caribou—the only "herd" present in the U.S. Lower 48—is now functionally extinct, numbering only three animals; ditto the four-animal South Purcell herd north of Kimberley, which includes but a single cow.

In the latter two cases, biologists aren't sure whether decimations are due to a catastrophic event like avalanche, or snowmobilers failing to heed closures in areas where caribou exist (snowmobile "stress" affects the animals' movements, eating and reproduction). What do these disappearances mean?

"Ecosystems are unravelling," says Candace Batycki of the Yellowstone to Yukon Conservation Initiative. "Our landscapes are nearing the point where they're unable to support wildlife. Humans are unwilling to constrain their own activities and coexist with wildlife."

Recently, it came to light through Freedom of Information requests that the B.C. Oil and Gas Commission (OGC) had hidden the damning results of a caribou audit conducted in 2014 on behalf of Fort Nelson First Nations. Thus, continued government support for LNG strongly suggests that effective endangered species protection may be just another fossil fuel pipe dream.

A recent article in the The Tyee—"Secrecy, Inaction and Delay: BC's Failure to Protect Caribou"—avers that B.C. can draw important lessons from the suppressed audit if it "breaks from convention to usher in a new era of protecting threatened fish, wildlife and ecosystems."

The first involves the province's somnolent pace in protecting species, which places them at greater risk. When the feds labelled B.C.'s caribou "threatened" back in 2000, the province took a decade to initiate its own required evaluation, over which caribou decline greatly accelerated.

The second lesson is that any intervention that still allows for unchecked industrial development equals extinction. For six small caribou herds in northeast B.C. that totalled 1,512 individuals in 2010, a government evaluation expected overall decline of 65 per cent (range 34 per cent to 97 per cent) over the next 50 years. But with industry allowed to continue its current pace of habitat destruction, caribou will be gone long before this. Crazier still, the evaluation was labelled a "recovery" document for feel-good optics, meaning B.C.'s so-called caribou recovery actually allowed for losing over 1,000 members of a threatened population. Only after 2060, when the LNG juggernaut had presumably fracked itself out, would any actual recovery work begin. Such cynical conservation is no conservation at all.

A third lesson, that rules are meaningless if unenforced, seems obvious, but has never been so to government, whose lack of specificity in permitting allows for widespread abuses, exemptions and outright ignoring by industry.

"There's no general provision against destroying caribou habitat," says Sean Nixon, a lawyer with Ecojustice. "And the only way you protect that habitat is through putting specific conditions in a permit. (Otherwise) there's nothing preventing the company from destroying that habitat."

The final lesson is equally obvious. That is, an independent agency should enforce the rules, not a regulatory/permitting body like the OGC that regularly suppresses information harmful to the very industry it supposedly regulates.

The article's conclusions parallel these lessons: B.C. needs tough new endangered species laws; effective curbs must be placed on the fossil fuel industry; endangered species rules must be written into permits and enforced; regulatory commissions can't be tasked with monitoring and enforcing industries they also promote.

Only then can B.C. hope to stop making the kind of mistakes that have led to virtual extinction of its caribou.