Monday, April 22 , marked Earth Day. If we're being honest, the occasion seems to be little more than an excuse for social-media posts depicting our more picturesque adventures.
Apr 25, 2019 12:00 AM By: Alyssa Noel 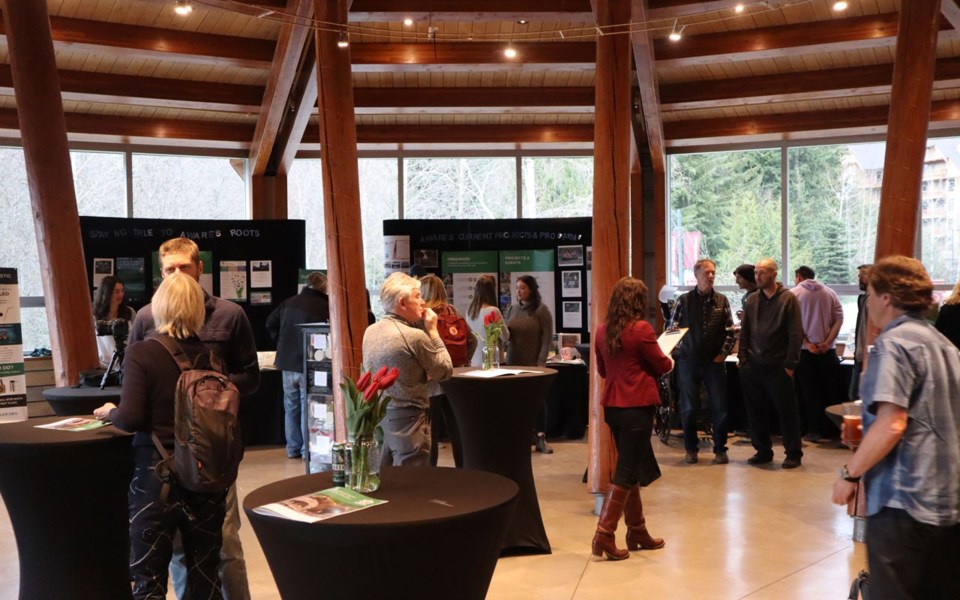 If we're being honest, the occasion seems to be little more than an excuse for social-media posts depicting our more picturesque adventures. (I'm also guilty of this, so I'm not passing judgment!)

But amidst the images of mountain tops, sunsets, and beaches, was a post from the Association of Whistler Area Residents for the Environment (AWARE), Whistler's environmental charity, with a list of 30 concrete ways regular people can take action to help curb their carbon footprint.

The list of action items—ranging from making your own non-toxic cleaning products to keeping your tires properly inflated for better gas mileage—is indicative of their approach. AWARE's work is rooted in science, based on fact, and carried out through practical projects that tackle tangible problems.

Take their StrawWars campaign as an example. Single-use plastic drinking straws have driven me crazy for years—actually, I can trace that feeling back to a haunting video of some boaters painstakingly pulling a straw out of a turtle's bloodied nose.

Unless you have a disability, you don't need one. They're used for all of 10 minutes then dumped in a landfill, to linger forever on this planet in one form or another.

But still, the waste straws produce seems like such a small slice of the plastic pie. Why worry about it? Because, as StrawWars proves, if you can get enough people and establishments to ditch those useless, harmful items you can start to make a dent in your own community.

The long list of bars and restaurants that have said goodbye to straws (with compostable versions available upon request in some) is testament to that. With about 3 million visitors to the resort each year, the number of straws diverted from the landfill starts to add up.

Another example of a practical project is AWARE's Zero Waste Heroes, a social enterprise that works with events (of which Whistler has no shortage) to divert as much waste as possible from the landfill. Proceeds raised go towards AWARE's other initiatives.

In total, they've worked with 135 events, collected 6,947 kg of waste and diverted 91 per cent of it from the landfill. On top of that, they staff the zero-waste event stations and help educate people about reducing waste in their own lives.

The beauty of it is it's simple, local, and helps the community as a whole become greener—despite hosting so many waste-generating events every year. (I still feel angry thinking about a story I wrote for the Whistler Question in 2017 about Tough Mudder encouraging participants to leave their soiled running shoes behind to be donated to charity, but instead, throwing them in the trash.)

The world—and its view on the environment—was a very different place in 1989 when AWARE first started its efforts to protect Whistler's environment. Back then, reusable bags, compost, and vegetarians were the domain of hippies. But in 2019, we live in a much different, more worrisome time.

With only 11 years to prevent irreversible damage from climate change—and the forest fires, floods, and wacky weather that's already occurring—we can often feel overwhelmed and powerless to create change.

And that's why the community should be celebrating AWARE this week: it has spent three decades arming locals with concrete suggestions on how to tread lightly on this mountain town.

On top of that, its members have served the important role of watchdog, advocating on behalf of the environment to our local government. It also offers outreach—from EcoFlix, presenting films that promote environmental discussion, to its greenhouse and gardening program that helps residents grow food locally.

Help celebrate 30 years by perusing their list of 30 ways to take action (at awarewhistler.org) and incorporating them into your life.