In 2016, an educational, fastidiously illustrated book made its way onto the New York Times bestseller list.
Sep 19, 2018 6:00 PM By: Leslie Anthony 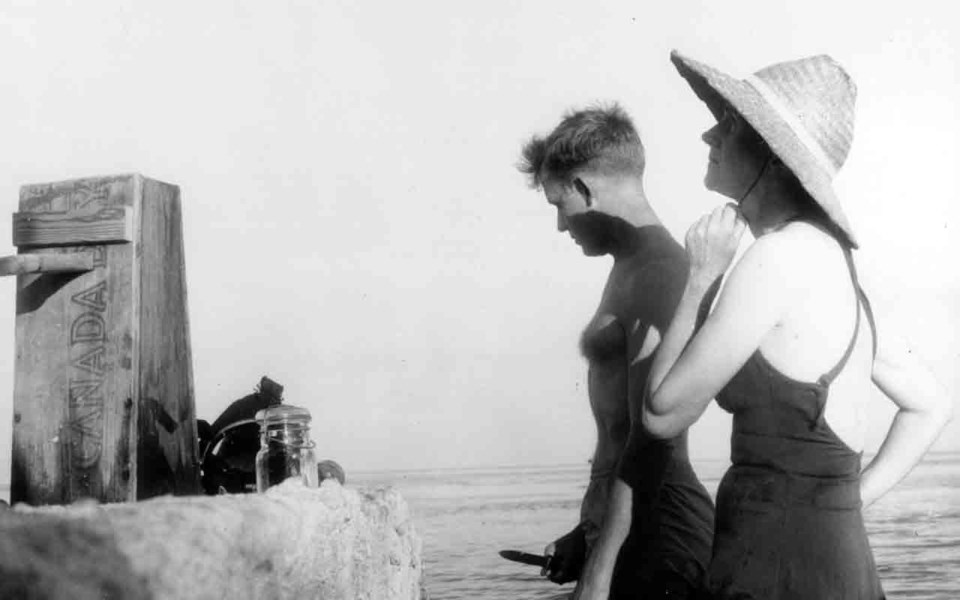 In 2016, an educational, fastidiously illustrated book made its way onto the New York Times bestseller list. Women in Science: 50 Fearless Pioneers Who Changed the World explored the contributions of trailblazing women to the fields of science, technology, engineering, and mathematics, from the ancient world to modern times. It includes well-known figures such as primatologist Jane Goodall, as well as lesser-known pioneers like Katherine Johnson, the African-American physicist and mathematician who calculated the trajectory of the 1969 Apollo 11 mission to the moon documented in the recent Hollywood film, Hidden Figures.

But while it may seem obvious that women have made significant contributions to science from the earliest times, it hasn't been a smooth road. Gender and science historians have illuminated the endeavours and accomplishments of women in this milieu, the barriers they faced, and the strategies implemented to have their work peer-reviewed and accepted in major scientific journals.

Despite ongoing society-wide issues, however, more women than ever are now involved in, and influencing science, and my own path through biology was illuminated from the outset by women unafraid to speak up about environmental justice, pose controversial theories, or lend their passion and expertise to creating a critical mass around such issues.

I was only six years old in 1962 when writer and ecologist Rachel Carson released her landmark environmental cri du coeur, the book Silent Spring, but what I heard of it changed the course of my life into one of continuous questioning.

Carson began her career in the federal service as a scientist and editor in 1936 before taking over as Editor-in-Chief of all publications for the U. S. Fish and Wildlife Service. In her free time, she converted her own research into lyrical prose in magazine articles and a series of books on ocean ecology. Her fame as a naturalist and science writer allowed her to resign from government in 1952 to devote herself to writing.

Within all of Carson's popular work lay a deeply held view that human beings were but one part of nature, distinguished primarily by their ability to alter it—usually negatively. And so, turning from the simple wonders of ecology, Carson delved into the growing hornet's nest of the latter. Alarmed by the unbridled post-war use of synthetic chemical pesticides, Carson set out to warn the public about potential long-term effects. Silent Spring challenged the practices of agricultural scientists and governments, calling for change in the way we viewed the natural world.

Predictably, she was attacked by both government and the chemical industry, but continued to speak to the fact that as part of the natural world, humans were subject to the same kinds of damage as any other part of the ecosystem. Carson died in 1964 after a long battle with breast cancer, but she continues to inspire new generations, her courageousness a beacon to scientists and environmentalists.

Another woman who had a huge impact on my thinking kind of snuck up on me. As a graduate student at the University of Guelph in 1985, I attended the annual Hagey Lecture at nearby University of Waterloo. Featured was American biologist Lynn Margulis (once married to astronomer Carl Sagan), who spoke about her "serial endosymbiotic theory," which had revolutionized the modern concept of how life arose on Earth. A decade earlier, in cell biology class, we'd covered her dogged belief and eventual proof that mitochondria (the metabolic powerhouse of cells) were actually descendants of primitive cyanobacteria (a.k.a. blue-green algae) captured by other bacteria billions of years ago to create a symbiotic relationship that gave rise to the more complex eukaryotic cell from which all higher life evolved.

Like Carson, Margulis was considered a radical, and her symbiosis ideas were greeted with skepticism and derision. Eventually, she was proved correct and we now universally accept sequential symbiosis as a powerful evolutionary process in the history of life. Another radical Margulis idea dwelt in her long collaboration with British planetary scientist James Lovelock on the controversial Gaia hypothesis—the view that Earth itself is a single, self-regulating organism whose organic and inorganic elements are interdependent and whose life-forms actively modify the environment to maintain planetary homeostasis. We now know the essential elements of this interdependence to be true, with application to both the evolution of life on earth and climate science.

I'm not alone in my admiration. Suffice to say, we've all benefitted from fearless female pioneers of science who changed the world by challenging the way we see it.