"The gratification of wealth is not found in mere possession or in lavish expenditure, but in its wise application.
Dec 21, 2011 8:00 PM By: Michel Beaudry 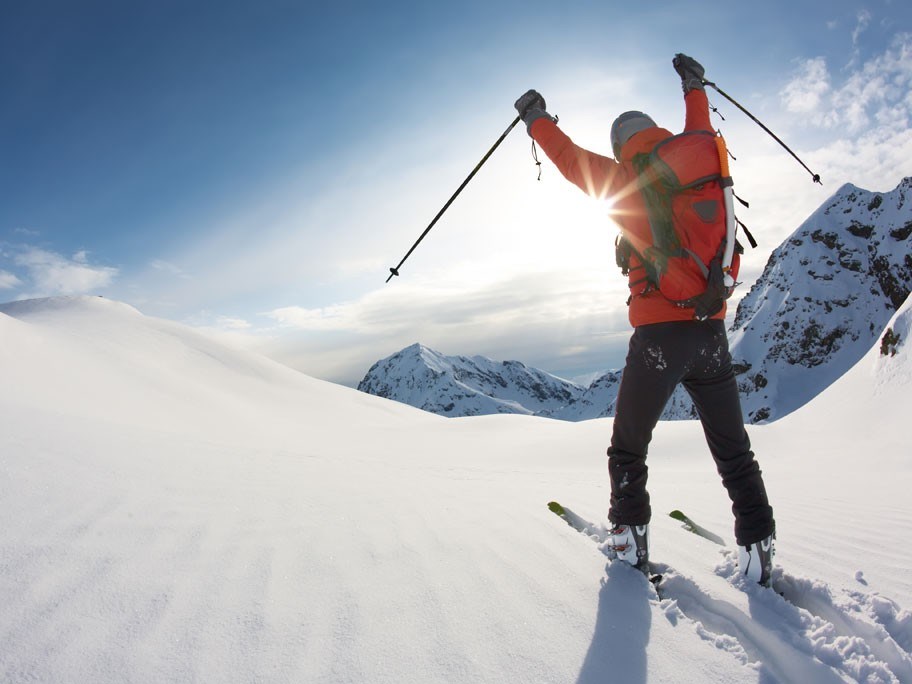 "The gratification of wealth is not found in mere possession or in lavish expenditure, but in its wise application." – Miguel de Cervantes

I never really thought about it when I was young, you know, but the fact that Christmas happens to be celebrated in wintertime, well, that played a huge role in the development of my snow-sliding obsession. That my own mid-December birthday often coincided with the season's first snowstorm and the opening of our rock-strewn, creek-crossed, log-dumped excuse for a ski hill, hmm, well I just assumed everyone got it. I figured that the Holiday Season was mainstream society's wink and nod to the skiing community.

Really. Think about it. Why else would you schedule a two-week break from school in the depth of winter, during the shortest, meanest, hardest days of the year? To my pre-adolescent mind it made all the sense in the world. Besides, why have all this winter gift giving if not to feed one's snowsliding needs? To me it was obvious: Christmas and skiing were made for each other. And my birthday just happened to be the gateway to this wonderful winter gala. Can you blame me for thinking it was all arranged for my benefit?

I mean, there was never any doubt about birthday/Christmas gifts in my family. Whether it was the spine-tingling, toe-curling, sweat-inducing big-ticket items like skis or boots or bindings, or the annual, yawn... toques, goggles and gloves (or jackets, pants, sweater, underwear etc), my parents made sure that Le Père Noel knew all about their four boys' mountain needs. And no — there was no access to any of the new gear before The Day. Until then, you made do.

Really. I remember as a young teenager, skrimpering down the slopes of Mt. Ste Anne in early December, "roo-hopping" from snow patch to snow patch — fighting to maintain any sense of control over my beaten-up wooden oldies — while losing all sorts of peer points with my hard-charging contemporaries. Meanwhile, my very first pair of new race skis, the magical Rossi Stratos, was waiting for me under the family Christmas tree. And no amount of lobbying had swayed my father. I had made promises. Threats. Entreaties. Stamped my foot. Pouted. Whined even. But he'd stayed firm. He wasn't putting bindings on those babies until Christmas had passed.

Didn't matter that I'd paid for half of them myself with a summer's worth of lawn mowing. Or that my buddy Jean was already skiing on his new Stratos (he was the other half of our lawn-mowing team, but his dad was more liberal). My father hadn't budged.

I realize now it probably had more to do with early-season conditions and teenage boys' lack of foresight, and less to do with staying true to rituals and celebrations. Whatever. It certainly taught me a lot about delayed gratification.

It's a lesson that's stayed with me. Why? Because getting a new pair of skis was a big deal in those days. A really big deal. And it grated on me that I couldn't show them off to my buddies. Especially in the early season when the buzz is strong and everyone's keen on the latest and greatest. Besides, those ol' hand-me-downs that I was riding were well past their sell-by date. And my gangly, ungainly ski style only made things worse. The gals were not impressed with my look. So I suffered.

But the payoff my friends — aah, the payoff. It was huge. And that stayed with me too. Wanting something badly — and not getting it right away — well, that raises the pleasure of finally attaining it to a whole other level. And I think my dad understood that. Talk about seeing the light. Riding those Stratos was like stepping onto a magic carpet to an entirely new skiing dimension. And because I had to wait so long for it, the pleasure of discovering that new dimension was all the more intense. I probably carved my first turn on those skis. Felt confident about going fast in a way I'd never felt before. It brought me into a whole new relationship with the mountain. It drew me even deeper into the folds of the local ski community. It was that winter, I believe, when I decided that this was going to become my world.

And Jean? He blew an edge on an exposed rock before Christmas. Couldn't afford to fix the ski, and he was too proud to go back on his old boards, so he quit the sport. Haven't heard from him since...

But seriously — I was recounting this story to a good friend of mine the other day, another lifelong skier with a mid-December birthday, and he echoed my memories almost word-for-word. "Christmas was always the high point of the year for me," says the 37-year old. "And it all revolved around skiing. I mean, I remember daydreaming in class about the skis I hoped to see under our tree. Drawing the graphics and stuff. Just letting my imagination go." He smiled at the memory. "The fact that my birthday also marked the start of the ski season — well, you know, it just intensified my connection to the sport."

And then he brought up an interesting point. "These days," he said, "parents just go out and buy their kids stuff. There's no more waiting anymore. No more suspense. It's all about "right now." Immediate gratification. I mean, nobody waits until Christmas to give their kids ski gear." He laughed. "That would be considered so old school..."

And that, he felt, was somehow draining much of the magic out of the sport. "I don't want to generalize," he explained, "but there's definitely a trend away from skiing-as-a-lifestyle. Especially in suburbia. You know, where the whole family is committed to leaving town and going up to the mountain for the weekend? It's just not happening like it used to. It's almost like: the easier skiing gets, the less attractive it becomes to kids. And that's scary."

Which got me thinking. As regular readers of Alta States know, I've struggled mightily with dysfunctional body-parts over the last few years. Even had to miss last season's miraculous snowfall and sit the winter out (the first in over five decades of snowsliding. Ouch!). And I suffered. Chained to the porch, unable to get up the mountain for some much-needed exercise, I quickly realized how important this goofy, silly, creative, sublime, addictive snowsliding tradition was to my overall health.

Getting outside in nasty winter weather. Being kissed by the sun on the shortest days of the year. Sliding, slipping, carving, dancing — free falling down the mountain — feeling the wind on my cheeks, the cold, the fierce, the happy, the wonderful. This is what I'd missed. Dropping through a thousand-year forest, negotiating a wind-swept couloir, getting first tracks in a favourite glade. I'd missed that too. The freedom. The wildness of the experience. The absolute un-urbaness of it all. But I also missed the camaraderie of shared obsession. Exchanging turns in dense brush with like-minded souls; climbing in a snowstorm with eccentrics just like me. Seeing an old friend. And just winking. Smiling at shared memories. Shared experiences. Acknowledging that each of our eccentricities is all our own — but still somehow connected.

It's a strange community this mountain world. But for many of us, it's our only refuge. As I sat in lonely exile last winter, I reflected on how blessed we all were for being part of this community. For having been shaped by its lessons and blessings.

And I missed it with an ache that I didn't think possible. The prospect of losing access to it forever scared me to my core. Who would I be if I didn't ski anymore? To what tribe would I belong? I mean, I know only too well how much of an acquired taste I am...

I danced with madness. For sure. And danced tightly. I wasn't convinced I'd be able to dig myself out my predicament this time. And the medical profession wasn't helping one bit. A life without skiing? Yarghhh. I might as well order up my coffin now.

And then, without warning or fanfare, the clouds burst and the sun shone and I was back on snow happily sliding down the mountain again.

Don't worry. I won't bore you with the details. Let's just say a well-placed injection in a very sensitive spot seems to have done the trick — for now. But talk about a trip change. Delayed gratification? More like resurrected life. One week I was on the couch, whingeing about my fate and despairing about my future. The next I was part of a scrum of Whistler snow-brothers racing for that fresh patch of powder just over the rise.

So yes, I have much to give thanks for this Christmas. I give thanks for the snow and the mountains and the forest of this magical Coast Range valley. I give thanks for my health and my return to snowsliding and the possibility of doing what I love for a long time to come. But more than anything, I give thanks to the kooky mountain community to which I belong. Sometimes, you know, we miss the forest for the trees. We get caught up in rhetoric and forget to check into the real. Whistler is a real place. With a real culture. It doesn't need more "stuff" to thrive. In fact, we could do with much less. As my friend Chili Thom put it so well a few weeks ago: "We just need to pull the mask off and look into our hearts."

Merry Christmas everyone. May your days be filled with powder and untracked lines. Yahoo!