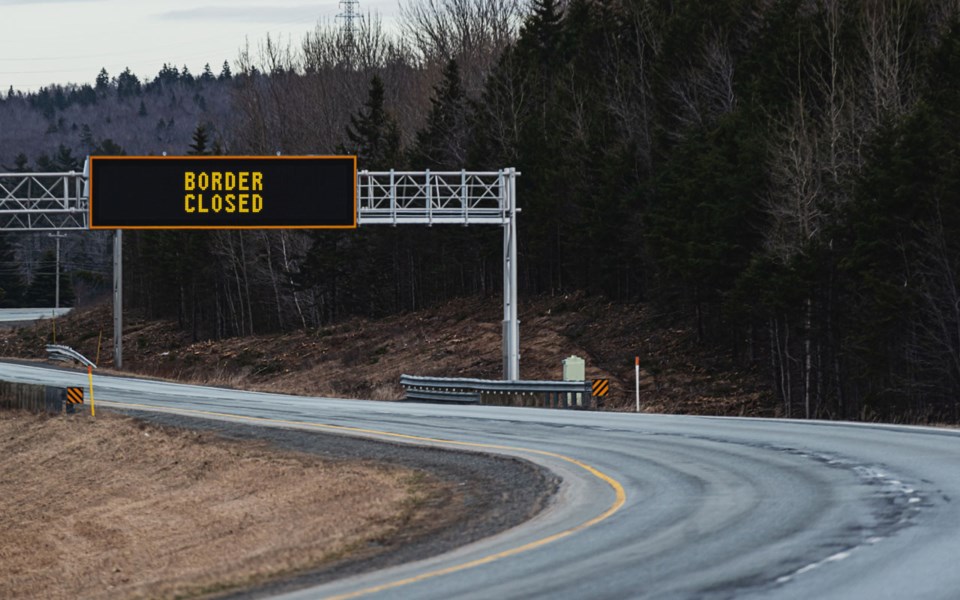 In the last few days, B.C. Premier John Horgan has said that he is investigating closing B.C.’s borders as a way of helping to control the spread of the coronavirus pandemic, which appears to be in a runaway situation in Eastern Canada.

Indeed, this weekend, CBC reported on the work doctors are doing in Ontario and Quebec to familiarize themselves with the protocol, Prioritization for Access to Intensive Care (Adults) in Context of Extreme Pandemic, which advises them how to prioritize patients most likely to survive COVID-19 in an ICU.

Said one doctor: “I’m told this happens on the battlefield all the time, but I never saw our medical system as a battlefield.

“And I guess that’s what some of us need to change our perspective on.”

For perspective, Montreal’s Jewish General Hospital’s ICU has 27 beds, but it’s currently caring for 35 patients, half of whom have COVID-19. At McGill University Health Centre, there are 56 patients in 61 ICU beds.

We all remember the headlines coming out of Europe and New York about doctors facing the same terrible dilemma in the first wave of the coronavirus.

In B.C., the acute beds situation is not critical, according to comments made by Health Minister Adrian Dix at a Jan. 18 briefing where he said: “We are at 86.5 per cent, which means there are 1,263 beds vacant or available in the entire healthcare system.” If you add in the surge beds available, that goes up to 3,811. Typically at this time of year, he said, base beds would be 100-per-cent filled.

“Seventy-five per cent of our critical care beds are full,” said Dix, with 129 of those beds available.

Keeping these numbers at these types of levels is presumably one reason why B.C. is considering this border restriction.

Whistler has seen many, many visitors from back East, as well as Alberta, over the holiday period and travellers are continuing to arrive here.

We now have to contend with two new varieties of coronavirus as well—the U.K. variant and one from South Africa.

Howe Sound had 14 cases from Jan. 3 to 9 according to the BC CDC website—and 503 in 2020 in total. (Update Jan. 21: Cases in Howe Sound went up to 63 this week with most of those occurring in Whistler, according to a release today from the resort Municipality of Whistler.)

But these new variants could change everything and are no doubt playing a role in Horgan’s decision to look into closing provincial borders.

Sister publication Tri-City News reported that British Columbia could see up to 5,000 cases per day by March should a highly contagious variant of the coronavirus establish itself in the province, according to recent modelling conducted by a Simon Fraser University infectious disease researcher.

Mathematician and epidemiologist Caroline Colijn has been tracing the trajectory of the virus in everything from B.C.’s schools to the wider population, the News reports. Her latest model assumes a highly transmissible variant from the United Kingdom moves into community transmission in B.C. by Jan. 25.

“The picture looks like what we have now until late February and then it kind of just skyrockets,” said Colijn. “It’s pretty worrying.”

But as we learn of this type of modelling, which if it comes to pass could put at risk an operation like Whistler Blackcomb staying open, the tourism sector also needs consideration.

Whistler is under threat as a tourism operation—no question. Walking through the village, more and more store windows are sporting brown paper coverings instead of goods for sale. It is sobering. And the food and beverage and accommodation sectors are suffering more than most.

Said Vivek Sharma, chair of the Tourism Industry Association of British Columbia: “A travel ban would further heighten the unnecessary fears, misperceptions and growing resentment by B.C. residents toward visitors as a result of actions aimed at our industry. The spread of COVID-19 is not tied to where people live, but how people behave.”

I can’t but feel this is an oversimplification. We know there are asymptomatic people, we know people simply do not wear their masks all the time and we now know how contagious the U.K. coronavirus is—are we really willing to risk resort operations for the rest of the season and beyond by hosting visitors from outside of B.C.?