THE OUTSIDER: Day-use passes for BC Parks a great first step 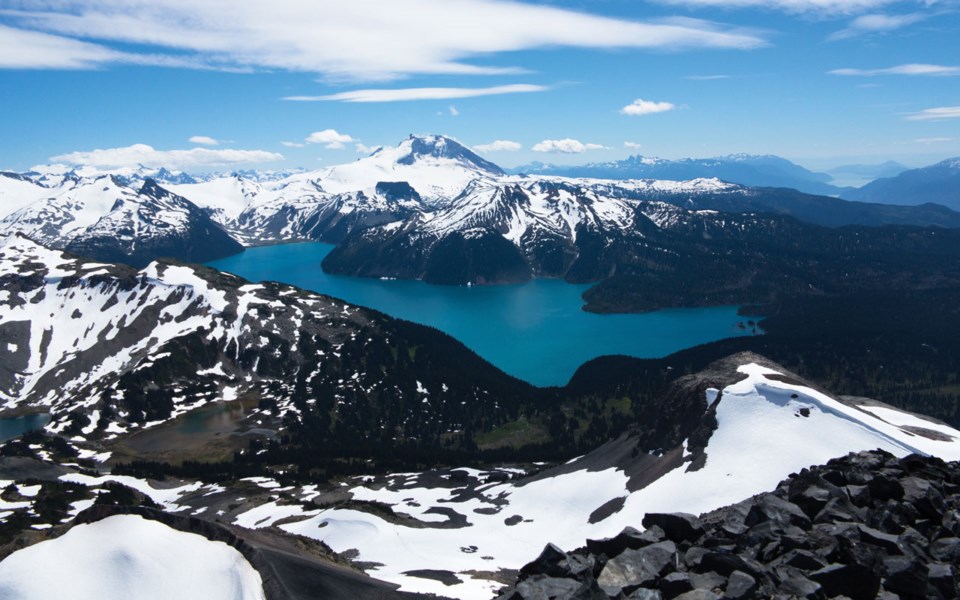 LAKE LIFE Garibaldi Lake (accessed from Rubble Creek trailhead) is one of the BC Parks trails that will now require a day pass to access. Photo by Vince Shuley

Some years ago, I was discussing the issue of trail user conflicts in British Columbia with a friend from the U.K. Bikers versus hikers versus horseback riders versus grizzly bears, or something to that effect.

My friend was in disbelief of how much people complained in B.C., citing that his home island of Great Britain had roughly a quarter of B.C.’s landmass and 13 times as many people. With such a high population density and land ownership that can reach back hundreds of years or more, you can imagine the conflicts between recreational user groups on public lands and how they need to be managed. Ditto for the overcrowding of parks and public recreation areas.

So what’s the deal, B.C.? We have all the space, our population isn’t massive, yet here we are scrambling over free day passes to our provincial park trails at 6 a.m. like they were Pearl Jam tickets. If you wanted to score a pass over the B.C. Day long weekend, you better have had a quick internet connection and itchy trigger finger over that refresh key.

The issue of B.C.’s vast wilderness is one of access. While Garibaldi is 194,676 hectares large, it only has five access points, all of which are situated along the already-congested Sea to Sky Highway: Diamond Head (Elfin Lakes), Rubble Creek (Garibaldi Lake), Cheakamus, Wedgemount and Singing Pass. The first three of these access points are the ones with less demanding trails to hike, easier-to-reach vehicle parking and consequently, have experienced a surge in popularity in recent years as more of our regional populations realized that summer weekends are best spent getting photos of themselves in beautiful places.

The day-use permitting system that BC Parks is piloting this summer is well overdue, COVID-19 countermeasures notwithstanding. Yes, it’s better to be outside than inside to avoid virus transmission, but sandwiching hundreds of people into narrow trail corridors with heavily-used touchpoints (think the ladders on the Stawamus Chief trail), isn’t going to do us any favours as we try to re-flatten the curve and make it through the rest of 2020.

The main reason for the restriction of daily users is the environmental impact. The press release from the Ministry of Environment lists “trail widening, soil erosion, altered hydrology and damaged vegetation” as the symptoms of this overcrowding issue.

On top of that, with more people comes more of a lazy expectation that someone is there to clean up after you. If you want to dive into a more visceral account of this, I strongly recommend reading the online article “Why I Quit My Dream Job: The Ups and Downs of Working In One of BC’s Most Mismanaged Parks” by former B.C Parks ranger Sarah Bulford on mountainlifemedia.ca.

Bulford was assigned to Joffre Lakes, arguably B.C.’s most notorious provincial park. Her tales of trying to keep up with the littering, trampling of sensitive vegetation and blatant disregard for road safety on the Duffey Lake Road were harrowing. Bulford did the best she could with the resources she was given, but as park use at Joffre Lakes experienced hockey stick growth—what Bulford described as “Best Buy on Boxing Day”—her calls for increased staffing went largely unanswered by her superiors at BC Parks.

Sadly, it’s not a new story that this arm of our provincial government is in decline. But we have the opportunity to turn the state of our parks around and limiting the crowds is a great first step. The next phase should be to charge a nominal fee for those day passes.

I get it’s a public service to provide those parks for our recreation, but if we’re going to love them to a slow and painful death, we should be willing to pay for the privilege. Maybe then, BC Parks will be able to afford the staffing and resources needed to keep our parks in their natural, pristine state.

Another concern is that the restriction of BC Parks attendance could result in more people venturing into other pristine places that are not patrolled by rangers shooing people away. That’s an unfortunate reality we have to come to grips with, one that can be helped by education and more folks exercising common sense.

Respecting the land that we’re so lucky to have access to is key. Lose that and we’ll never find the equilibrium of preserving our natural environment and recreating in it responsibly.

Vince Shuley doesn’t take his recreation for granted. For questions, comments or suggestions for The Outsider, email vince@vinceshuley.com or Instagram @whis_vince.