There was supposed to be a referendum in Myanmar this month. It would have addressed all the cynical clauses that the military regime wrote into the 2008 constitution to safeguard its own hold on power.
May 6, 2015 6:00 PM By: Gwynne Dyer 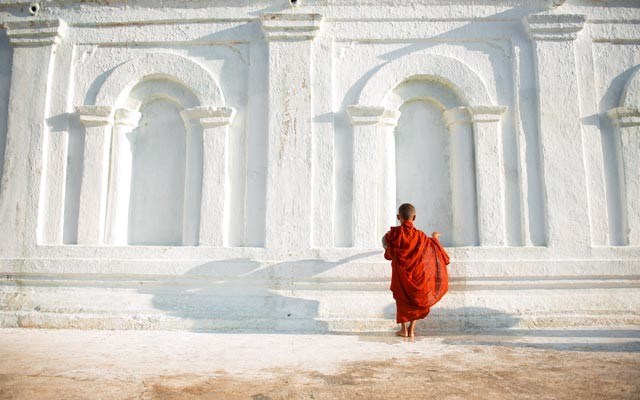 There was supposed to be a referendum in Myanmar this month. It would have addressed all the cynical clauses that the military regime wrote into the 2008 constitution to safeguard its own hold on power. But that isn't going to happen: not now, and probably not before the national election that is due in October or November of this year. There are even people in Myanmar who wonder whether the election itself will be held on time.

"I would just like to remind you," said Aung San Suu Kyi, for almost 30 years the leader of the pro-democracy movement in Myanmar, "that I have been saying since 2012 that a bit of healthy scepticism (about the army's real intentions) would be very, very good." Speaking to The Guardian newspaper last month, she warned that "too many of our Western friends are too optimistic about the democratization process."

She certainly got that right. Since Suu Kyi was released from house arrest in 2010, her supporters abroad (who include most leaders of democratic countries) have assumed that democratic reforms were well underway. So they ended the sanctions against the military regime, and their citizens swarmed into Myanmar to invest in an almost completely undeveloped economy.

China and other non-democratic countries piled in too, of course, and an enormous economic boom is transforming Myanmar. Foreign investors have profited mightily, and ex-generals and other people with close ties to the military have benefited even more. There is even a more or less free press. But democracy? Not so much.

Former general Thein Sein is still president, and a parliament controlled by military officers and regime supporters remains in place. Suu Kyi's National League for Democracy (NLD) will doubtless win most of the seats if the election is actually held next autumn, but the constitution written by the military bars her from the presidency on the ludicrous ground that her two sons are foreign citizens. (Her late husband was British.)

That is one of the reasons why changing the constitution has become a key issue. Another is the provision that gives unelected military officers one-quarter of the seats in parliament, which gives them a veto on any changes to the constitution. The regime did not really decide to hand power over to the civilians; it made just enough cosmetic changes to convince foreigners that it was now acceptable to invest in Myanmar.

A large majority of ordinary Burmese revere Aung San Suu Kyi (she is the daughter of independence hero Aung San), and five million of them signed a petition asking for an end to the constitutional ban on her being chosen as president. The regime simply ignored it, and it looks like it is getting away with it. The foreign investment just keeps coming.

The referendum on constitutional changes is in the hands of the current parliament, which is packed with regime supporters who were elected in a vote boycotted by the NLD. It was originally promised for this month, but no date has yet been announced. Neither has anybody revealed exactly which of the 201 sections of the constitution where changes were proposed will actually be put to a vote.

Which of the eight versions of a new clause about Suu Kyi's eligibility for the presidency will be in the referendum, if it actually happens? Nobody knows, and it is basically the regime that will choose. Maybe none of them will. And it is now practically certain that the autumn election will be held under the old constitution.

It is possible that Thein Sein, the current president, is really trying to get his more recalcitrant military colleagues to accept democratic reforms and is just meeting a lot of resistance. The military have had absolute control of Myanmar for the past 53 years, after all, and a lot of them have got very rich out of it. But Thein Sein actually doesn't sound like he's very eager for full democracy himself.

In an interview with the BBC in March, he insisted that the army must remain active in politics — "Serving the interests of the people means being involved in national politics" — and that the role of the military would only change gradually "as the political parties mature in their political norms and practice." In other words, the army itself will decide if and when to stop running the whole show.

Perhaps we shouldn't be surprised that the military will cling to power for as long as possible, but it is remarkable how the foreign supporters of democracy in Myanmar have gone along with the pretense. U.S. President Barack Obama, for example, has visited Myanmar twice since 2012, but the harshest thing he had to say was that "I don't understand a provision that would bar somebody from running for president because of who their children are."

It's probably too late to reinstate sanctions now, so the Burmese are effectively on their own. The only recourse that might work is massive non-violent protests of the sort that happened in 1988 and several times since. The trouble with that is that the Burmese army has never been reluctant to shoot its own fellow citizens.