Direct from the drawing board - A village tour with Eldon Beck

When landscape architect Eldon Beck first started putting together his new master plan for the proposed Whistler village complex back in 1978, the last thing he expected was to be still involved with this community 30 years later.
Oct 19, 2007 7:40 AM By: Michel Beaudry 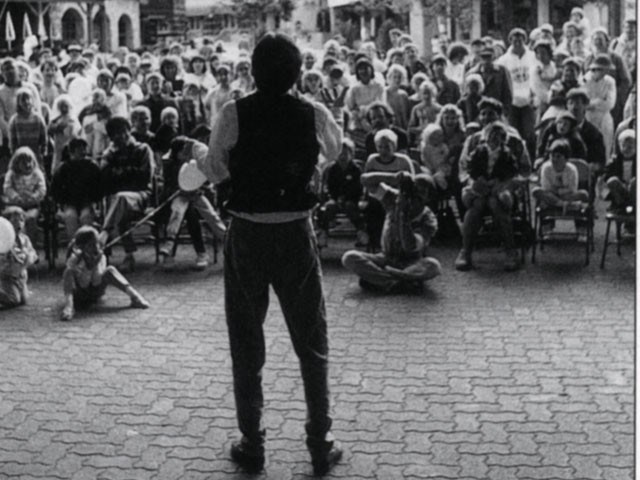 When landscape architect Eldon Beck first started putting together his new master plan for the proposed Whistler village complex back in 1978, the last thing he expected was to be still involved with this community 30 years later. “It seldom happens that way in my line of work,” he tells me with a kid’s glint in his eye. “But it’s been an amazing affair.”

A late addition to the original project team, Beck’s involvement smacks of near-divine intervention. Hard up against a near-impossible deadline, his task was formidable by any standard: to create a pedestrian-only village that would creatively link the newly-cut ski slopes on the north side of Whistler to the newly-cut slopes on Blackcomb. He had less than three months to do it. And a whole flock of folk looking over his shoulder. But he didn’t panic.

Au contraire. Instead of worrying about buildings and codes and rooflines and gutters, Eldon first focused on how the village could positively affect the people it was going to serve. And in this, he was ultimately successful. But before we can even start on this discussion, he wants to make one thing perfectly clear.

“I don’t want you to make me out to be a superior being or anything,” he laughs. “Whistler has been a product of many, many people with lots of input. I would rather be seen as being an educator with a particular vision rather than being the ‘creator’.”

Point taken. “One of my favourite words is ‘connections’,” continues the quietly feisty Californian. “And that’s what I consider my job to be all about. When you can find a way to slow people down and become conscious of their surroundings, you allow them to connect again — with the environment and with other people. So that’s what I really focused on with the Whistler plan.” He pauses. “You see, my dream from the very beginning was to develop a mountain town model that could be applied to urban situations too.”

Intriguing. But isn’t that putting conventional design strategy on its head? I mean, isn’t it the norm for city architects to come to the mountains and impose illogical urban designs there? Of course, says the longtime design iconoclast. But, he adds with a mischievous smile, sometimes truth turns out to be stranger than fiction. “Look at what’s going on with new developments now all over North America. Suddenly design people are realizing how vital it is for human beings to connect with their surroundings. The pedestrian model pioneered at Whistler is now highly relevant for urban communities as well.”

And what’s more, he says, the Whistler “experiment” is getting kudos now from all sorts of sources. “It’s quite interesting,” says Beck. “Over the last three or four months, I’ve had a number of goods friends and family members travel up there. They’re not big skiers or mountain bikers or anything. But they all went to Whistler for the mountain experience — and all of them came back enchanted.”

So what was it like to actually put this plan together? What were some of the challenges?

Beck smiles again. “It’s not like we felt we had the answer to every question,” he says. “And it’s not like we always knew exactly what we were doing.” And then he offers a telling anecdote. “One of the first things that hit me when I first arrived at Whistler was the beauty and power of the surrounding woodlands,” he recounts. “It was like nothing I had experienced before. And I remember thinking, ‘Whistler is a village in the forest. Let’s respect that.’” He pauses. “So then what do we do? We clearcut the site to build the village…”

That said, Beck insists that the “village in the forest” theme is still a very important one for Whistler. “It is truly the first principle of design that has guided Whistler from the beginning,” he explains. “After 25 years it is now becoming a reality. In time, the character of the village, in particular of the Northlands, will evolve in a delightful way. The retention of some of the forest on Lot 1 is critical, the creation of the stream and park through the centre of the Northlands will become increasingly valuable, trees adjacent to the library are essential, and the planting of a forest-like cluster in Mountain Square and around the Carleton Lodge will all add to the forest-like environment. In time it will seem as though the forest has truly invaded the village…”

As for addressing some of the early challenges, Beck asserts that his biggest worry was always “the awareness that the various firms designing the actual buildings in the village were primarily urban firms.” And he offers me yet another glimpse of how difficult those early years really were. “Our design board had carefully put together a study model to show exactly how the buildings should look. So we felt pretty confident that everybody was on board when we asked the bid-winning firms to build scale models of their designs for us.” Eldon stops talking for a moment. Sighs. It’s never that easy, he says. “Once we’d received all the models, we realized some just didn’t fit the design concept. But try as we might, we couldn’t budge a few of them. And I truly thought we’d failed there.”

Which, he says, turned out to be entirely untrue. “Years later, I’ve come back and realized that the design ‘mistakes’ have brought a humanity to the old village that would not have been there otherwise.” And that taught him a huge lesson, he adds. “Now in my work, I’m constantly asking myself: ‘Where is the whimsy in what I’m doing? Where is the unexpected?’”

There were practical issues to deal with back then too — like having to design around floodplain requirements (lest we forget, Whistler was built in Fitzsimons Creek’s overflow zone). “The existing rules forced us to create an unfortunate relationship in which the buildings’ floor levels were half a dozen steps higher than the pedestrian byways,” he explains. He also wishes he’d known more about snow dump and how to protect entranceways and such. “If we’d only spent more time on it, we could have done much more to control roof design.” Another pause. “That would have created a much friendlier environment,” he says.

But overall, he maintains, his first priority was to ensure that his ideas were understood and that things were getting built the way they needed to be built. “I didn’t want the builders to lose the spirit of the original idea,” he explains. “That’s why I came up to Whistler consistently between 1978 and ’81. Although I didn’t have any real authority to enforce the vision, I still wanted to be onsite and involved. It was an incredibly exciting time,” he says. “Probably the most exciting in my professional life…”

So what does it feel like to walk through the village 30 years after it was conceived? “Follow me,” he says.

“Village Square is absolutely wonderful,” he says. “It’s just the right size — whether for big events or little events. The scale of the buildings around the square seems right too. There are still enough gaps between them to let the mountain scenery come through. And that, to me, is vital to the success of the overall design.”

What about the arteries leading away from the square? “I believe that the stretch from Village Square to Village Common is very successful in terms of diversity of building size, many places to sit as well as to walk, presence of trees, a sense of building individuality. It is a good space. But Village Stroll to Mountain Square does have difficulties: the landscape walls are too high and access to the shops is difficult. With improved access — physically and visually — to the store fronts, the Stroll would be much more successful.”

Alas, short of tearing it down and starting again, Beck admits there’s not much to be done about the great behemoth at the head of Mountain Square. “Carleton Lodge was built during the ‘Dark Time’,” he says, referring to the 1981 recession that nearly killed the village before it was even completed. “And it really shows. This was supposed to be the ‘town living room’”, he says sadly. “It was designed to be a two-storey building with lots of open, welcoming space. Instead, it’s this big, square box with virtually no texture at all! It is, to this day, the biggest disappointment to me.”

And it illustrates perfectly what happens when a project’s design vision is not respected. “When you take away what seems to be the perfect use and replace it with a compromise it will affect everything around it,” he explains. “Nothing will ever quite fit together…

Which brings us back full-circle to 1978 and Beck’s original design strategy for Whistler: “It all revolves around belonging to your physical place,” he says. “Frankly, I’m concerned about the talk I’m hearing at Whistler of architects leaving mountain sensibilities behind in exchange for (Frank) Gehry knockoffs. They seem to be going for fashion rather than respect. They just don’t get it. The natural environment is everything at Whistler. It’s what makes this place so special.”

He stops speaking again. It’s clear that this is an emotional subject for him. Even more clear is just how strongly he feels about this place. “ After visiting resort communities throughout North America, I believe Whistler is at the very top as a total community. Granted, there are glitches and mistakes, but the combination of wonderful family bike trails, the exuberance of the mountain in all seasons, the necklace of lakes and waterways, the overall community diversity, and the strength of the community voice in expressing beliefs and philosophies: this is a combination that is truly rare and delightful.”