In September, a water main near the Vancouver Art Gallery blew, jetting water and rocks into the sky. The water waste was impossible to ignore, but easy to fix.
Nov 9, 2019 12:00 AM By: David Suzuki 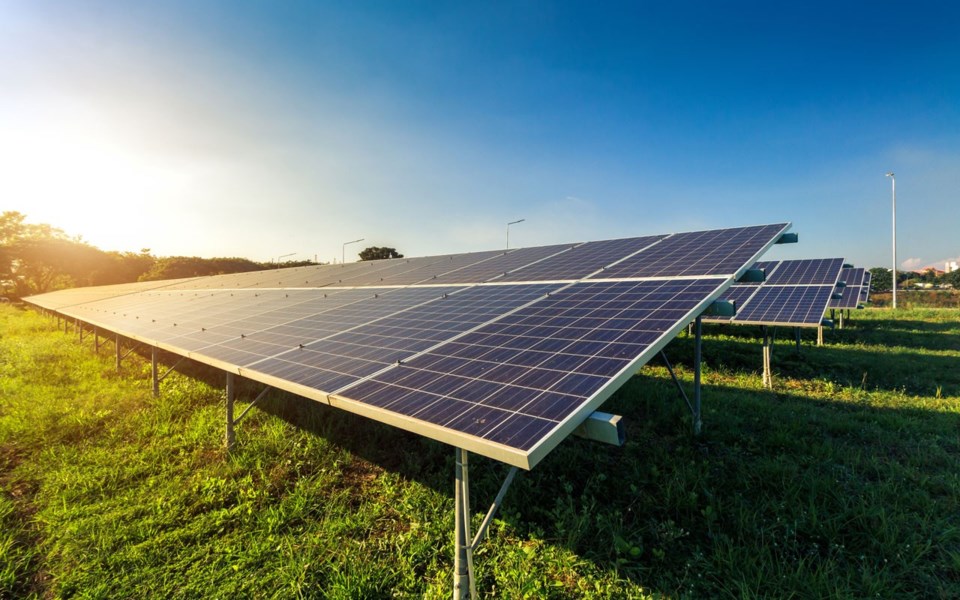 In September, a water main near the Vancouver Art Gallery blew, jetting water and rocks into the sky. The water waste was impossible to ignore, but easy to fix. What about waste that isn't visible, like energy seeping from homes and buildings? Most people aren't aware of the enormous amount of energy—and money—cost through inefficient systems.

Providing the same or better services with less energy is critical to curbing climate breakdown. The International Energy Agency says energy efficiency alone could provide more than 40 per cent of the emissions reductions needed by 2040 to meet Paris Agreement targets.

The world is getting better at saving energy, but not fast enough to counterbalance growth or meet climate targets. Globally, we're improving at about 1.8 per cent a year, but the Intergovernmental Panel on Climate Change's special report on 1.5 C says annual investments in low-carbon technologies and energy efficiency need to increase by a factor of six relative to 2015 levels.

Technologies that allow us to do more with less energy have been improving dramatically. In Canada, innovators are designing buildings that collect solar heat in the winter, and use more and better insulation, heat pumps and smart thermostats. The Passivhaus standard, developed in Germany based on pioneering research in Saskatchewan in the 1970s, can reduce energy demand by as much as 90 per cent compared to conventional construction. These homes are less drafty, quieter and have better air quality. Structures using technologies such as solar PV panels can generate more energy than they use.

B.C.'s energy plan supports building audits and retrofits, LED traffic lights and a solar-ready bylaw and proposes local improvement charges to fund it. The sports centre in Colonsay, Sask. heats its waiting and observation areas with captured heat from ice-making at its rinks. Cities like Oslo, where renewable energy from waste powers 80 per cent of its heating system, are incentivizing energy efficiency with a fund to pay for initiatives.

Take air conditioning. As temperatures increase under climate change, people crank up the AC, especially in already hot climates. Emissions from these energy-intensive units, which use potent greenhouse gases as refrigerants, cause further warming. The magnitude of this challenge led to creation of a Global Cooling Prize to revolutionize the AC industry. The solution lies in a radically efficient cooling technology with five times less climate impact, which is within technological but not economic reach—yet. Such a system, if developed, could help moderate up to 0.5 C in global warming by the century's end.

Saving energy saves money, especially for low-income households that pay proportionally more for it. While energy-efficient buildings may cost more up front, energy savings can recover those costs within five years. Some jurisdictions are exploring ways to make upgrades more accessible to low-income households. Manitoba Hydro offers a home energy–efficiency loan paid back over time on monthly electricity bills, with no down payment.

In addition to saving money, energy efficiency creates jobs. According to Energy Efficiency Canada, more than 436,000 people work in the energy efficiency sector. That's about 2.3 per cent of all jobs in Canada—more than in the oil and gas sector. Businesses predicted a growth of more than eight per cent this year.

Changing industry practices may prove the biggest challenge. About eight per cent of global energy use comes from metals and building material production. If we use less cement, steel and aluminum, we can reduce the energy required to extract, refine and transport them.

Credible climate plans must include strategies such as accelerating clean power, shifting to electrification, pricing pollution and using energy wisely. Moving from our throwaway economy to a less wasteful circular model will reduce the energy needed to power it and meet the rapid carbon emission reductions the IPCC prescribes.

We need to consume less, share more, design for efficiency and long life and make refusing, repairing, reusing and recycling our go-to options.