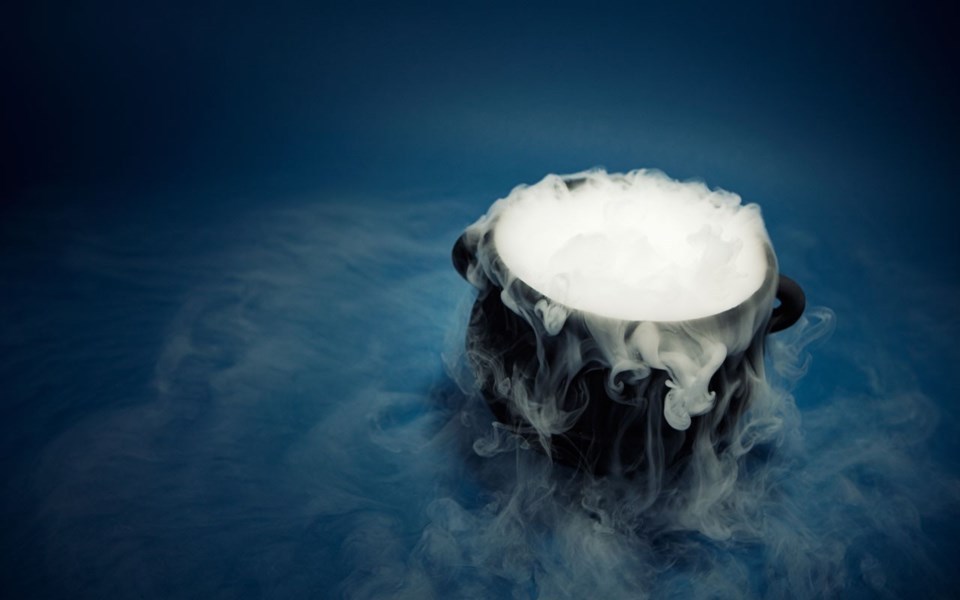 The new private member's bill would see distracted pedestrians fined up to $50 for crossing a road while using their smartphones.

While some argue that this removes responsibility from the driver, who is after all driving the hunk of metal that causes damage to a body, it is nevertheless addressing an issue becoming nauseatingly common.

Who hasn't walked down a busy sidewalk or crosswalk and not had to dodge texting teens or Facebooking footsloggers?

According to Ontario's chief coroner, 11 out of 95 pedestrian deaths in 2010 involved people distracted by a cellphone or electronic device. A 2015 Toronto Public Health report found inattentive pedestrians were 40 per cent more likely to be struck.

We don't collect stats in B.C. on whether pedestrians involved in road accidents were on their social media devices at the time — and generally, our stats show that the number of crashes involving at least one pedestrian has been relatively steady in recent years.

Still, when you consider that this distraction is likely causing accidents that were not on the books before... well, that's scary.

Sticking to the scary theme, a new Angus Reid poll asked Canadians what they were most afraid of — and saw some recurring themes in the answers received.

"Death and dying, of course, are near the top of the list, as are the various illnesses and injuries that can lead to such an outcome," stated a release about the poll.

"Concern for children and other family members — and a desire to see them stay alive and in good health — is also a popular refrain."

Also on the list, and perhaps a bit more mundane were spiders and other creepy crawlers (mentioned by 3.5 per cent) and snakes (3.2 per cent). Other "classic" fears — including heights (3.6 per cent), darkness (one per cent) and clowns (0.3 per cent) — also made the poll's list.

All those were beaten, though, by the number of Canadians who said they fear nothing — at seven per cent!

Lighthearted humour aside, a recent Globe and Mail headline made the blood run cold: "One in five sexual-assault cases go to court, study finds."

Stats Canada found that just one in five sexual assault cases substantiated by Canadian police end up in court, with about one in 10 resulting in a conviction.

The 2009 to 2014 study marks the first time the statistical agency has followed sexual assaults reported by police in a national crime survey all the way through the justice system, tracking their rate of "attrition," explained the Globe and Mail.

The results suggest a failure to deal with this issue on a national level, said Holly Johnson, a University of Ottawa criminology researcher.

"I think that's an enormous problem. I think that points to a failure on the part of the criminal justice system to provide a reasonably just response to a very serious violent crime," she told the Globe and Mail.

And no amount of Halloween candy can take the bitterness out of a report by a non-partisan watchdog in the U.S., which shows that climate change is costing taxpayers billions of dollars a year with those costs expected to rise as devastating storms, floods, wildfires and droughts become more frequent in the coming decades.

According to an Associated Press story, the Government Accountability Office report found that the U.S. federal government has spent more than $350 billion over the last decade on disaster assistance programs and losses from flood and crop insurance. This amount does not include the devastating wildfires this year and the damage from the multiple hurricanes.

If climate change was being properly addressed at the U.S. government level, perhaps this report would not be so alarming, but with President Donald Trump calling climate change a hoax and our southern neighbour's decision to withdraw from the Paris climate accords along with revoking many of the changes made by President Barack Obama, this is truly frightening.

Trump also just nominated Kathleen Hartnett White of Texas to serve as his top environmental adviser at the White House. She has been quoted as comparing the work of mainstream climate scientists to "the dogmatic claims of ideologues and clerics."

Then there is the whole debacle with Trump's former campaign chairman, Paul Manafort, and Manafort's business associate Rick Gates who are facing decades in federal prison and millions of dollars in potential fines if convicted on all counts, which include conspiracy against the United States.

And the guilty plea by George Papadopoulos, an election campaign adviser to Trump, for lying to the FBI about the timing of meetings with alleged go-betweens for Russia, doesn't have a ghost of chance of disappearing from the headlines anytime soon.

It's been a spooky news week.