Down but not out — A cautionary mountain tale

' I'm always making a comeback but nobody ever tells me where I've been.' - Singer Billie Holiday It seemed like a good idea at the time. I mean, I'd worked hard all winter.
Jul 10, 2013 9:00 PM By: Michel Beaudry 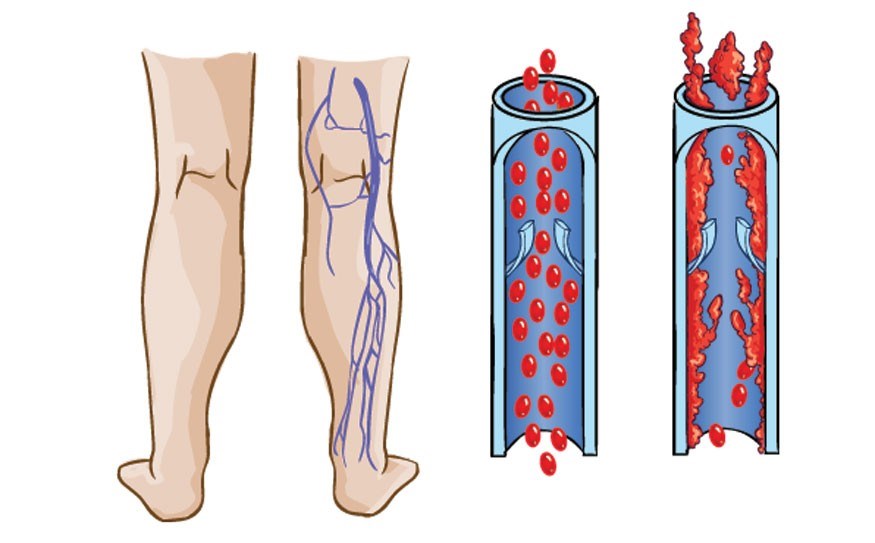 'I'm always making a comeback but nobody ever tells me where I've been.'

It seemed like a good idea at the time. I mean, I'd worked hard all winter. Had gotten back in mountain shape -- I was now fitter, stronger, more confident than I'd been in years. Sure, the prosthetic knee was still an issue. Would be for the rest of my life. But my body seemed to have finally adapted to its new structural reality. At least it felt that way. I was having fun sliding on snow again. I could push my outback adventures as far as I wanted. Pain management wasn't the main theme anymore...

It was my own little performance bonus. You know, my 'welcome home' prize. After all, I was back in Whistler full-time. And mountain biking. Mountain biking kind of rules here in summertime. Sure I could get my endorphin ya-ya's riding my road-steed up and down Highway 99. And I'd certainly taken advantage of that early in the season (beautiful riding, for sure, but not relaxing... such aggressive traffic). Still, the high country beckoned. And the only way to get up there on a regular basis, I realized, was at the helm of an off-road bike.

There was just one problem with that scenario. I'd dropped out of the sport over fifteen years ago, chased away by a debilitating run of back and neck injuries. Which was easily understandable for a Clydesdale like me. You see, the 1980s and `90s were pretty much crashtest-dummy years for the sport's early adepts. And the bigger you were in those days, the more you broke things. I don't know how many frames crumbled under me between '84 and '95. How many seat posts sheared off, or forks twisted or rims bent or derailleurs exploded... or how many times I found myself nose-down on the trail with some random bike remnant lying next to me.

So yeah, I'd paid my dues. And while I'd slunk away from my beloved trails to heal and regroup, the sport had continued to evolve. But I was better now. Ready for new mountain challenges. Could I affect a trail-riding comeback like the one I'd orchestrated on snow this past winter? Why not?

Okay, so it had been a while, but I was confident in my newfound fitness. Besides, today's off-road bikes, my cycling friends assured me, had very little in common with the heavy old monsters we used to coax up and down the local trails. It's a whole new sport, they argued. Lighter bikes they told me; stronger, way more efficient. 'Try it,' they said. 'You'll like it.'

So I took the plunge. Plunked my hard-earned pesos down at Fanatyk Co and bought the best I could buy. Even went for one of those new 29" wheel models. 'Big bikes,' I figured, 'for big boys.' –- and prepared to hit Whistler's trails. Yippee!

It's not like I was unprepared or anything. I mean, I'd been riding my road bike for weeks already. And while I hadn't pushed myself ridiculously hard, the local geography had done an excellent job in getting my legs back in fair spinning shape. I was ready, baby. Bring it on!

And off I went. Hmm. There's something near-magical in putting a brand-new bicycle through its paces. Know what I'm saying? The smell, the feel, the sounds –- I mean, a new bike offers up such a seductive combination of sensations. For me, on that first day, it was like Christmas morning all over again. Only in this case I was playing both Santa and kid... and I tried not to dwell on my now-empty bank account. It was worth it. For sure. It had to be. Right?

The first part of the ride was exactly what I'd hoped for. The new bike was fast and powerful... and far nimbler than I'd expected for a 29er. The single track flew under my wheels. And when I started climbing, well, a few adjustments was all the bike needed to adapt itself to the uphill regime. So easy, so smooth -– I was riding clean through stuff I'm sure would have forced me to put a foot down in the old days. And I heaved a little sigh of relief. My MTB comeback was turning out to be far easier than I'd hoped. It was almost like I'd never been away.

I hit the crux about an hour into my ride. A steep, sustained climb had pushed my body well into the red zone and I knew the slope would probably defeat me. But the new bike was riding so well, I was feeling so confident on my pedals, that I refused to give in to the inevitable and kept spinning up the hill. Mistake. Suddenly it was like all the oxygen had been sucked out of the atmosphere. Like I was high up on Everest without a mask. I started to panic. This was crazy, man. I just couldn't catch my breath... no matter how much air I tried to stuff into my lungs.

There was no question of riding anymore. My bike was on the ground, and I was bent over double, my hands on my thighs, trying not to pass out, gasping like a landed fish for any oxygen I could coax into my body, hoping desperately that this sudden rush of claustrophobia would wane once I could breathe normally again. And it did. Eventually. But it took a while for my body to calm down. I mean, it's not every day that you get to experience near-death-by-suffocation. Whatever.

The rest of the ride was uneventful. Yeah, I know. Weird, eh? All the way home I kept expecting another attack. But it never came. I was fine. In fact, it was like my little oxygen-debt incident had never happened. And rather than dwell on it, I decided to dismiss it as a one-off event. Maybe, I reasoned, I was simply not as fit as I thought I was. Maybe. And I left it at that...

I rode some more that week. But things didn't feel right anymore. I was totally dragging my ass –- fatigue weighed on my shoulders like a wet bag of cement. My chest hurt, my breathing was ragged and I was getting seriously frustrated. Where had my get-up-and-go gone? Why was I so tired all the time? It was a total mystery. Still, I refused to heed the signs.

And then I woke up one morning with a badly-swollen leg. At first I thought I must have been bitten by something –- a spider, a centipede, I don't know, some creepy, crawly, coastal thing. But the pain wasn't at all like any bite I'd experienced before. And the leg just kept swelling.

Finally my daughter made the call. "Dad, you've got to go to emergency and get that thing checked out," she said in her best 'you're-an-idiot-but-I-love-you' voice. It was Father's Day. The last place I wanted to see on this sunny Sunday was the inside of a hospital. But she was right. I was in trouble. My right leg, by this time, looked like a fat sausage trying to burst its skin. It was hot to the touch. Getting purple-y around the ankles. Damn! I had no choice. "Can you drive me then," I asked her. "Of course," she said. And smiled. "It will be our special Father's Day outing." Yeah right. Fun...

I'm sure some of you have already figured out what my problem was. But at the time, I didn't have a clue. And for the next few days neither did the doctors. First they stuffed me full of antibiotics ('just in case,' they said), and then they started the diagnostic process. I got probed and poked and CT-scanned and X-Rayed and MRI'ed, and had countless vials of blood removed ('for more testing' they said).

Then came the verdict. I had deep vein thrombosis, my new doctors informed me. Say what? So they explained. For some reason –- they didn't know why or when or how –- some kind of trauma had triggered my body to create clots in my bloodstream. And those blood clots had been carried to my body's far extremities and somehow had lodged in the veins there. Hence the swelling.

What we didn't know yet –- but would soon find out –- was that my lungs were also awash in clots. A lot of them, showed the CT scan. "They must have been there for a while," said my doctor. "Didn't you feel anything?" And she listed the symptoms: general fatigue, breathlessness, chest pains and over-active sweat glands. "Yeah," I replied sheepishly. And to think I'd been hard on myself for losing my breath...

Still, it wasn't exactly what I was hoping to hear. For venous thromboembolism (don't doctors have great names for bad stuff?) is no lightweight disease. And in one breath, all my summer plans went out the window.

And my mountain biking comeback? Well, all I can say now is that it's on hold. Given the heavy dose of anti-coagulants I'm now ingesting ('First job,' said the doc, 'is to break down the clots'), I've been strongly advised against indulging in so-called 'contact' sports. Why? Because if I puncture myself I won't be able to stop bleeding.

So no more Tunnel Vision for me this summer. No more Ride Don't Slide. But I'm not giving up on my pedal plans entirely, but it's not easy. So... if you see some big ol' guy riding the Valley Trail on a tricked-out new mountain bike this month -- going slow and looking pinched -- please don't laugh. That's me just trying to stay fit. Sigh.

Note: In last week's story on Pacific Ski Air, I failed to recognize Joe Csizmazia's leading role in the launch of Whistler's first heli-skiing venture. My apologies. A mountain mentor to many, 'Joe Csiz' deserves his own Alta States story. Stay tuned.