John Bellinger is the last person in Washington you'd expect to criticize President Barack Obama for making too many drone strikes.
May 8, 2013 9:00 PM By: Gwynne Dyer 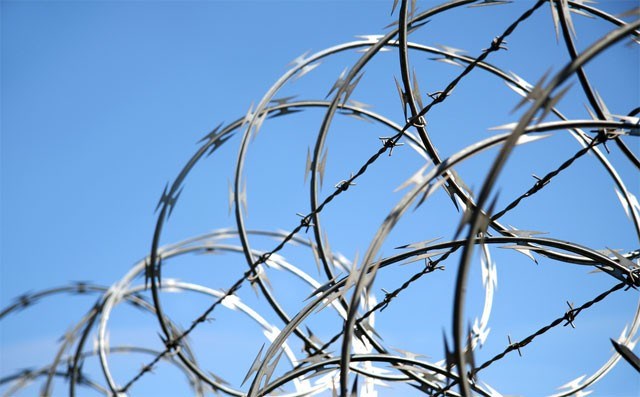 John Bellinger is the last person in Washington you'd expect to criticize President Barack Obama for making too many drone strikes. It was he who drafted the (rather unconvincing) legal justification for targeted drone killings when he was legal adviser to the Secretary of State in George W. Bush's second administration, and he still supports them. But he went ahead and criticized Obama anyway.

Speaking at a conference at the Bipartisan Policy Centre in Washington on 1 May, Bellinger said: "This government has decided that instead of detaining members of al-Qaeda (at Guantanamo), they are going to kill them." Leaving aside the question of whether most of the people detained at Guantanamo were ever actually members of al-Qaeda, there is a certain amount of plausibility in this accusation.

President Obama wants to close the U.S. prison camp on the Cuban coast where hundreds of suspected supporters of al-Qaeda have been held without charge, some for more almost a decade. There are still 166 prisoners at Guantanamo, and just last week Obama, having been thwarted by Congress in his first-term pledge to close the place, announced his intention to try again with the new Congress.

The U.S. president was quite eloquent about why Guantanamo should be closed. "It is expensive. It is inefficient. It hurts us in terms of our international standing. It lessens cooperation with our allies on counter-terrorism. It is a recruitment tool for extremists. It needs to be closed."

It also flouts international law, but even foreign-born Muslim socialist presidents of the United States can never concede that the whole enterprise was illegal. The furthest Obama will go is to say that it was counter-productive from the start, but that alone should be a sufficient justification for closing the place.

So why did John Bellinger, of all people, then accuse Obama of using drones too often? The U.S. president certainly does seem to like them: the vast majority of the 370 U.S. drone attacks, killing an estimated 3,500 people, have been carried out on his watch. According to Bellinger, it's because Obama knows that if he can't send the evil-doers to Guantanamo, his only alternative is to kill them with drone strikes.

What we actually have here is an unusually subtle Republican argument: if you don't like the drone strikes (because they kill lots of innocent people), then you should keep Guantanamo open. But subtle is not the same as valid.

There are two unstated assumptions at the heart of this argument. One is that the U.S. could put its drones away and just capture the people it suspects of being al-Qaeda supporters by conventional means and lock them away in Guantanamo. No fuss, no muss, and no innocent "collateral damage."

That's ridiculous: the United States is not going to have much luck in tracking down alleged al-Qaeda supporters in the wilds of Yemen or Afghanistan and spiriting them away to Guantanamo. If it doesn't target them with drones, then most of them will go on living (and so will the innocent people nearby). But you can't just leave such dangerous people alive, can you?

This brings us to the second unstated assumption: that if all those dangerous people had been allowed to live, then there would have been hundreds of terrorist attacks against the United States. Or at least dozens. OK then, how about a couple?

Probably not even one. After all, there were no drone strikes for the first three years after the 9/11 attacks in 2001, because the technology was not yet available. Yet even then, when al-Qaeda was still a relatively strong and cohesive organization, there was not one further terrorist attack on the United States. The link between drone strikes and possible terrorist attacks on the United States is purely rhetorical.

There might have been one or two fewer attacks on American forces in Afghanistan if the drones had not been killing people in the tribal territories of Pakistan, but a simpler remedy than drone strikes would just be to withdraw those forces from Afghanistan as soon as possible. They are not serving any American interest by being there, and they cannot determine who will rule the country after they finally go home.

Indeed, since the Taliban's guerilla war against the foreign armies in that country only got underway AFTER the drone strikes had begun, and has grown in almost every year since, it's hard to argue that drones have prevented many attacks even there. The whole "war on terror," the militarization of what should have been a counter-terrorist campaign conducted by intelligence services, diplomats, police and courts, was a ghastly blunder from the start.

Never mind. The whole argument is moot. Obama won't get the Republican majority in the House of Representatives to go along with closing Guantanamo this time either. And he won't stop the drone strikes because he needs to be seen by the American public to be doing something "positive" as he brings the American troops home from another needless and lost war.

There is not one iota of strategic thinking in any of this. It's all about American domestic politics, as the response to 9/11 has been from the beginning.