"Where we love is home — home that our feet may leave, but not our hearts." - Oliver Wendell Holmes It was too great an opportunity to miss.
Jan 9, 2013 8:00 PM By: Michel Beaudry 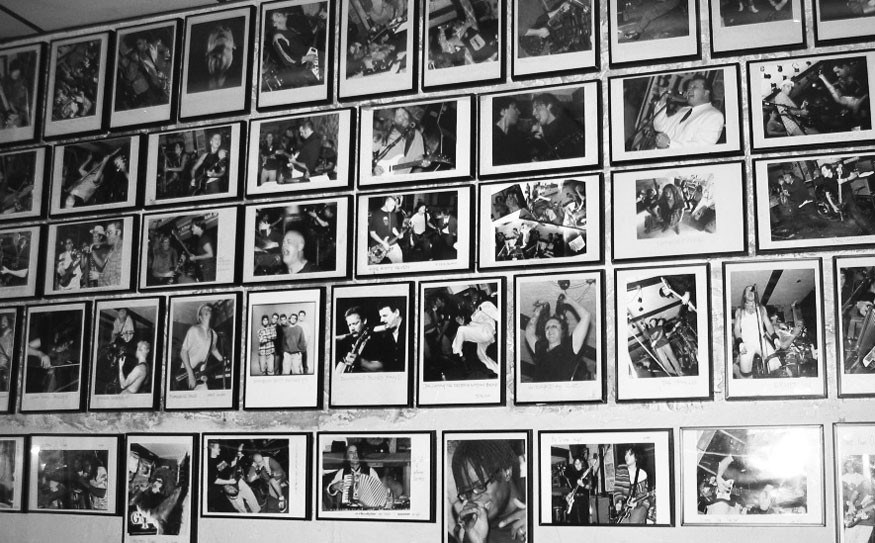 "Where we love is home — home that our feet may leave, but not our hearts."

It was too great an opportunity to miss. Here was a special gathering of long-time Whistler locals that probably wouldn't be repeated for some time to come. Wouldn't it be wonderful, I thought, if we could somehow harness the magic of the evening for posterity? So I put it to the Happy Party's organizers: What if we created a scrapbook of sorts where people could sign in and write a little something about themselves and why they loved living in Sea to Sky country?

And the gals were on it like mushrooms on a cowpie. Between Deanna White and the Marshall sisters (see Pique's Alta States Dec.13, 2012), the three managed to collect dozens and dozens of comments. The following is just a sampling of the testimonials they were able to amass.

Oh, and by the way, Linda Marshall wants everyone to know that the next Whistler Happy Party is already scheduled for December 12th, 2013. Put it on your calendar now, she says, it's going to be quite the gathering!

So where to start? One of my favourite comments, as it turns out, comes from two relatively recent arrivals — Dwayne and Vivian Congdon. Some of you may remember Dwayne as the Everest Summiteer who accompanied Sharon Wood to the top of the world's highest mountain in 1986. Well, as Vivian writes, the couple moved to Sea to Sky country in 2012. "We love snow, winter, snowy white and not too cold," she explains. "We love our community of friends, many imports from Ontario but now totally committed to Whistler life." She then concludes: "It's a perfect place for Dwayno the mountain guide and Viv the (black diamond) ski bunny and life coach. I LOVE LIVING IN WHISTLER!"

David MacPhail, Whistler's answer to Dr. Gadget (at least as far as skiboot design goes... and whatever other secret project he has up his sleeve), writes that he moved to Whistler in 1971... and only moved away once ("That was enough!" he says). His reason for loving this place is a wee bit more succinct than Vivian Congdon's. "Energy + intellect," he writes, "equals happiness."

Then there's Janice Lloyd who moved here in 1970... and never left. "(My friend) Al Schmuck," she explains, "brought me to the lot next to the one he'd just bought. At the time I was staying at the ski patrol cabin for $2.00/night. I was stunned by the view and immediately bought the lot for $4,000.00! It was love at first sight with my land — I married a house!" And then she offers this postscript: "Al is sorely missed — my wonderful neighbour of 40 years." It's a thought shared by many in this valley...

Gail and Jan Rybar arrived in Whistler in 1986. In her first year here, writes Gail, she was a "home mom." "I had 186 guest-nights that first winter. Ouch, the laundry!" But now that her two children have grown, that's all changed. "Now I am happily retired and really enjoying having time to appreciate all Whistler has to offer!!!"

Big Kev made many visits to Whistler in the 1990's. But he settled down here for good in 2005. This is what he writes: "Having put together Whistler Question's 30th anniversary feature — as well as digitally archiving the Answer and the Garibaldi News ('67-'80), I have read with great amusement the history of Whistler and probably know more than most old-timers can remember!" I bet he does...

Then there's Laura Kenney who moved here in 1981 — and never left! Her reason for staying, she says, is as simple as they come: "Whistler still makes me smile every morning..."

Someone who identifies himself only as GW, says he moved here in December of 1968. For him, what really stands out in his memory banks are the "Opening and Closing nights at the 'Boot'.... Nothing quite like it in Whistler's history!"

Greg and Bobbi Sandkhul first came to Whistler in 1979. And while they retired permanently here in 1993, Bobbi's favourite memory of the early years was '"when Creekside had its mini golf course outside Dusty's." She adds: "We used to let our kids play there after skiing while we had a beer or two inside Dusty's..." Talk about a blast from the past — I'd totally forgotten about Creekside's short-lived mini putt...

Hugh Kearny, who moved here in 1988-89 (and never left), has his own very special memory of his first few days at Whistler. "My hero Dave Murray picked me up hitchhiking on my third morning in town. That's when I realized that this was really going to be my home..."

Love stories abound in these testimonials. But maybe the cutest come from Kenny and Deanna White. Kenny, who moved here in 1980, says he's still happy about living in Whistler because, he writes, "I met my wife here." On a completely different comment card, Deanna, who arrived in '82, explains that she loves Whistler because "I met my husband here — we have a good story." Hmm. That one begs more research. Who knows? Maybe I'll get them to spin that story out for me for a future Alta States piece.

But I'm getting sidetracked again. Back to the Happy Party comments.

Whistler's former mayor, Ken Melamed, moved to Whistler in February of 1976. And he too never left. "I'm still healthy," he writes, "with many friends, a great family and the ability to still enjoy ALL that Whistler has to offer." Oh, and by the way, Ken reminds us that he "played two gigs at the old Creekside restaurant in a Celtic music group (with Tim , Marc and Arne)."

Wendy Tabrett has been living in Whistler since June of 1991. "I've been here for 22 years," she writes, "and I still barely feel like a local J." As for other possible destinations: "Where would we go," she asks rhetorically. 'This is the best place in the world."

Not everyone plans on living full-time at Whistler when they first visit this place. But then that special valley magic kicks in, and, well, one thing just leads to another. "I left the corporate world behind in 2001," writes Janet Brown, "and came to Whistler for the season, with plans to settle down in Vancouver. But after joining the Rotary Club and meeting all the wonderful people here, I decided I had to stay... and I've never looked back! The warmth and energy of the Whistler community is like no other..."

Jimbo Kennedy is a Whistler lifer. He moved here on September 28th, 1972 and happily settled in for the long haul. One of his favourite memories, he writes, revolves around an old Deep Purple tune. "Whenever I hear 'Smoke On The Water,'" he says, "I think of the Skiboot Pub in the summer of '73, and stopping in for a beer on the way back from Lost Lake."

Local man-about-town Ritchie King arrived in Whistler in the fall of 1980. What he misses most about the old days, he writes (only semi tongue-in-cheek) "is the nude windsurfing on Alta Lake." And he's probably not the only one. But times were simpler back then. Much, much simpler...

But where was I? Oh yeah, reminiscences. Take Trudy Alder's story, for example. "I arrived at Whistler in August of 1967 with my husband Helmut Salmhofer," she writes, "and we managed the Tyrol Ski Lodge on the Westside Road. After that we built chalets." Alas, Helmut contracted cancer and passed away in 1975. But Trudy stayed on; Whistler, you see, had embedded itself in her heart. "I married Peter Alder in 1981," she continues, "and we've lived happily together since... and ever after I hope."

I think I'll leave the last words to Laurin Kyle Boyle. She moved here 30 years ago... and never once considered moving away. This is how she explains her attraction to this place. "I love how the original vision I had of Whistler as a beautiful undiscovered treasure has now been fully realized. I love the spirit of Whistler —WHICH IS ALL OF US — and how the rest of the world has now seen the value that I (and all of us) once saw here. 'Whistler.... It's in us to give!' That's why I'm still happy living here."

See what I mean? Lauryn's comment really nails the symbiotic relationship between people and place here. Still, there are all sorts of reason for loving this region. And maybe this column has given you the opportunity to reflect on why you yourself are hooked on Sea to Sky country. So tell me: what makes Whistler such a special community for you?