ECOLOGIC: Choking on it

These days, it would be hard not to know about microplastics, yet another word added to the growing lexicon of Anthropocene phenomena.
Jul 13, 2020 8:00 AM By: Leslie Anthony 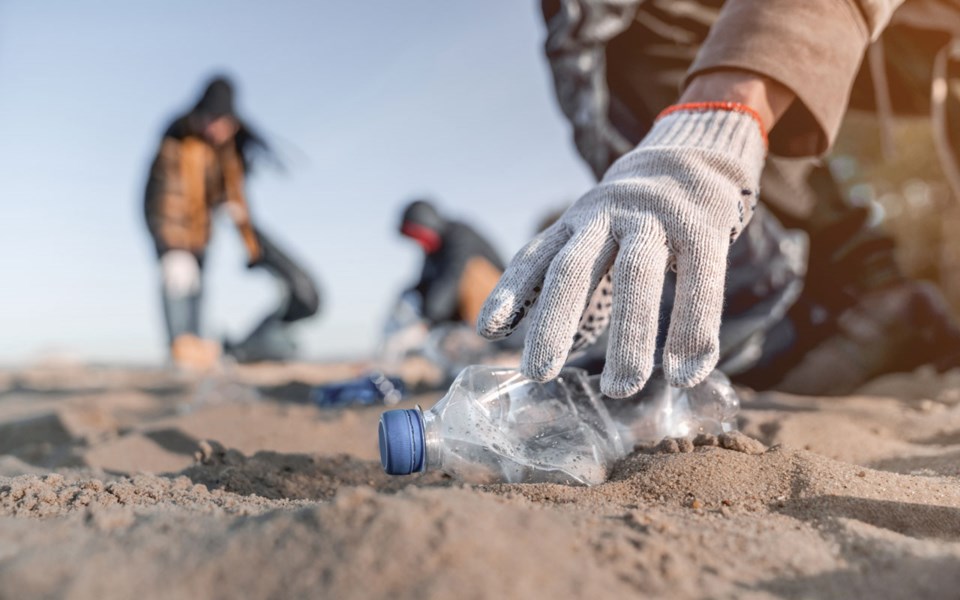 Photo by Inside Creative House/Getty Images

These days, it would be hard not to know about microplastics, yet another word added to the growing lexicon of Anthropocene phenomena. Defined as particles less than five millimetres in size, microplastics have now been found in all of Earth’s aquatic and terrestrial ecosystems.

As a result of this ubiquity, all water and food supplies now contain microplastics; our bodies expel some of these but absorb others with a range of negative effects. The problem’s scale is massive: the combined rate of consumption plus inhalation of microplastic particles has been estimated for adults to be 74,000 to 121,000 annually, to which can be added an extra 90,000 annually for those who regularly drink bottled water (if you don’t care about the aquifer drawdowns or pollution caused by bottled water, you should at least care about this).

With the breakdown products of plastic food and beverage packaging, as well as clothing manufacturing and washing/drying being main sources for microplastics to find their way into the environment, there’s been a welcome push to examine each of these usages and to rapidly seek solutions. In the meantime, however, the amount of plastic that has flowed into the global environment since we began mass-producing it in the 1950s remains staggering—an estimated 11 billion metric tons are projected to have accumulated by 2025.

One well-known example: of the over 300 million tons of plastics produced worldwide each year—50 per cent of which is for short-term, single-use purposes—over 8 million tons makes its way into the oceans, either directly or through freshwater ecosystems, where it will last hundreds of years. Much of the rest goes into landfill, with only a small fraction recycled. With long-lasting breakdown products of that much plastic in circulation, it’s no wonder several recent studies have also shown it to be ever-present in the air we breathe, borne on the wind, seeding the clouds, and generally travelling the skies to settle over landscapes like an invisible toxic rain.

Two widely different early studies showed the same thing: in one, daily atmospheric fallout over the Chinese city of Dongguan ranged from 175 to 313 particles per square metre; in the other, a similar daily number of particles, films and fibres were found to reach sparsely inhabited areas of the remote French Pyrenees through atmospheric transport of up to 100 kilometres. In yet another study, concentration of microplastic particles in Arctic snow was lower than that of snow sampled from the European Alps, but still substantial enough to warrant worry (enough that I will no longer melt snow for drinking water without filtering it). Thus, it was almost anticlimactic to read a new paper in the journal Science last week reporting that literally no place on Earth is safe from plastic pollution, including national parks and protected areas that we might assume to be less contaminated than other areas.

A team led by Janice Brahney of the Department of Watershed Science at Utah State University showed that some of the most isolated national parks and national wilderness areas in the American west accumulate large amounts of microplastic particles transported by wind and rain. Furthermore—and again, unsurprisingly—most of these comprise fragmented synthetic microfibres of the type used to make clothing (in case you’re already thinking this, the majority weren’t shed by park users). These findings further underline the importance of reducing pollution from such materials but also the impossibility of stopping their effects and redistribution on the landscape once the pollution has occurred.

Though they weren’t first to show atmospheric deposition of microplastics, the scientists’ interest in the different atmospheric “life history” scenarios behind deposition in wet versus dry conditions has made them first to answer the basic scientific questions of why and how this happens. To start, they were able to show that urban centres, as well as resuspension from soils or water, are principal sources for wet-deposited microplastics. Particles deposited under dry conditions, however, were smaller in size and their deposition rate was related to indices that suggested longer-range wind transport. Overall, even in these remote and empty landscapes plastic bits were found in 98 per cent of 339 samples, accounting for a shocking four per cent of all dust particles. The observed daily deposition rate averaged 132 particles per square metre, the basis for their calculation of >1,000 metric tons of plastic deposition to western U.S. protected lands annually.

Considering how this might contribute to environmental disruption of microbial communities or broader ecological damage, as well as the human health effects of so many fine particles in the air, Dr. Brahney summed it ominously: “There’s no nook or cranny on the surface of the earth that won’t have microplastics… It’s really unnerving to think about it.”