ECOLOGIC: The EV save revisited 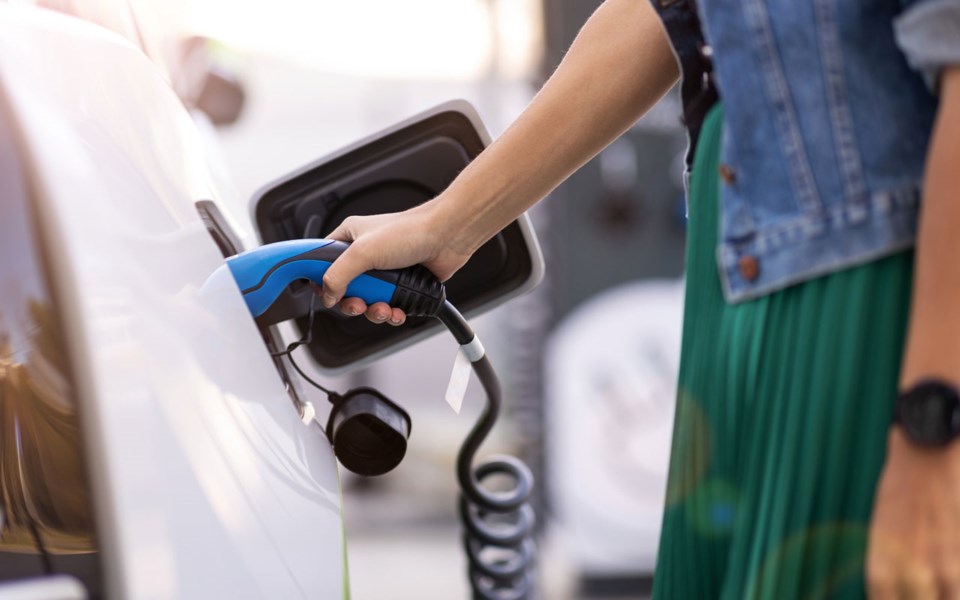 By now, we all understand the four competing certainties involved with buying an electric vehicle.

First, it will be spendier than a comparable gas-powered vehicle (though this is slowly dropping as production increases). Second, that cost will be offset by the considerable money saved in fuel and maintenance over the lifetime of the vehicle. Third, depending on what you use the vehicle for and how it’s charged, battery efficiency and range (both improving daily) will affect those savings. And finally, regardless of the source of electricity used to charge it (renewables versus fossil fuels) and the carbon footprint of its components (especially batteries), zero-emissions make EVs vastly better for the environment in the long run.

To summarize, you’ll spend some money upfront to save far more money in the long run and put up with possible vehicle limitations and minor personal inconveniences to help the environment. Within this square-off, most people zero in on cost savings over time.

Although comparing how much you’d spend on gas in a year versus how much you might spend on charging seems straightforward, a ton of variables ensure it isn’t. Among these are fluctuating gas prices, cost of electricity where you do most of your charging (home, workplace, public), equipment installation costs (if home), type of charger used (low-efficiency, regular, high-efficiency/rapid), time of day (peak versus off-peak) of charging, and each of these vary widely depending where you live.

Nowhere is this more apparent than in the jurisdictional jigsaw of the U.S., where every state has its own EV policies (or, in many Republican states, none), vehicle and electricity costs and taxes, and charger availabilities. However, a new study by the U.S. Department of Energy’s National Renewable Energy Laboratory (NREL) published in the journal Joule teases this apart to average things out both state- and country-wide for consumers.

A detailed assessment of 2019 “levelized cost” of light-duty EV charging based on purchase and installation costs of charging equipment and real-world utility tariffs, researchers found that actual costs varied considerably from place to place (e.g., $0.08/kWh to $0.27/kWh for battery EVs), with national averages of $0.15/kWh for battery EVs and $0.14/kWh for hybrid EVs.

These rates corresponded to a projected fuel-cost savings of USD$3,078 to $10,445 compared with gasoline vehicles over a 15-year vehicle lifetime. Regional variations and uncertainty on lifetime vehicle use (how long and for what) as well as future fuel prices (both electricity and gasoline) produced even greater variation.

In state-by-state comparisons constrained to a regular-rate charger during off-peak hours, those savings ranged from USD$4,571 in places like Kansas and Mississippi to $12,048 in California and Oregon. That’s pretty good—and it doesn’t even factor in the much-lower maintenance costs of EVs, which have fewer moveable and, ergo, breakable parts. Two further key takeaways: average cost to charge a battery EV was USD$0.15/kWh (CAD$0.20/kWh), and; residential off-peak charging reduces average cost by 24 per cent.

Canada has no similar study (though BC Hydro has this: https://bit.ly/3gtxUJD). But a new report from Uswitch that compared average price per kWh, mileage per driver, and mileage on a full charge in 50 different countries, determined that the average cost of charging an electric vehicle in Canada is CAD$277.19 per year—cheap like borscht! In fact, with relatively low-cost electricity, Canada is one of the less-expensive countries in which to own an EV.

The priciest nations were Denmark (CAD$831), Germany ($705) and Belgium ($680) per year, which still seem like bargains—more so when you consider the cost of gas in those places. Countries with notably cheaper charging than Canada were China, India and South Africa.

Although regional differences exist here as well, even where electricity costs are higher, it works out in your favour. In Quebec, for instance, comparing 30,000 km of annual driving in a car that uses 7.1 litres of gas/100 km ($3,195/year) with an EV that uses 21 kWh/100 km ($680/year), your savings would be $2,500 a year before even factoring in maintenance.

But going back to those competing certainties. According to experts, the real challenge to getting more folks in EVs is making them more available, lowering the upfront cost, and increasing EV average range by about eight per cent to make the range/cost ratio more enticing.