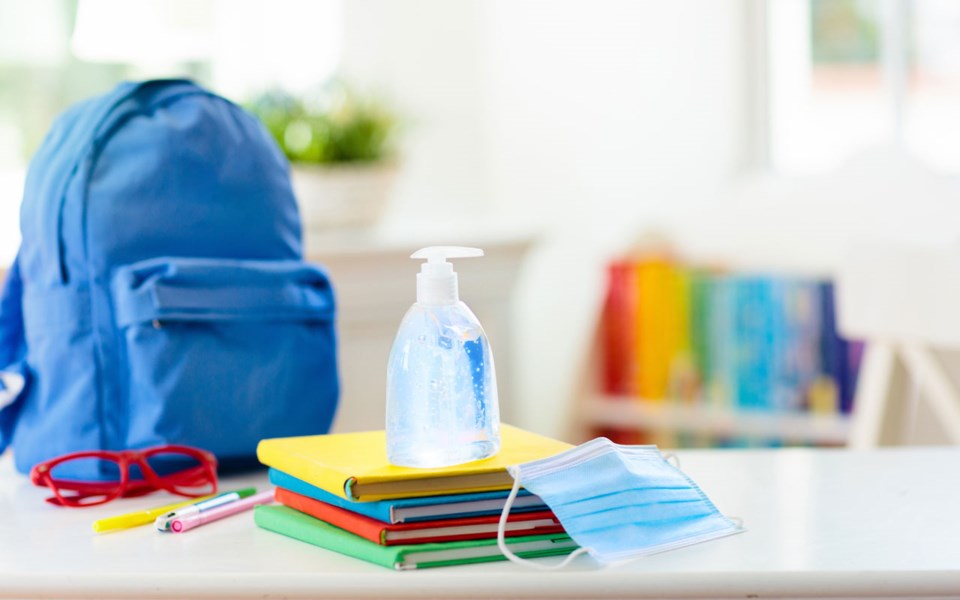 Ahhhh, August. The dog days of summer bring afternoons at the beach, weeklong camping trips, and vigorous debate about the safest way to have kids return to school in the middle of a pandemic.

OK, the latter item might be unique to the coming 2020-21 school year, but it seems everywhere you turn right now, there are varying opinions on and approaches to back to school.

B.C. announced last week that all students would be returning to classrooms come September—good news for some parents, worrying news for others, and general surprise to most.

There aren’t many details available yet while individual school districts interpret the provincial guidelines, but the general gist (read more in our story on page 16) is students will be grouped into “learning groups or cohorts.”

Elementary and middle school students will be in cohorts of up to 60 and secondary students’ groups will be up to 120. In-school attendance will not be voluntary. However, families who don’t want to send their kids back can homeschool or enrol in online learning options—as was the case before the pandemic.

Full disclaimer: I don’t have kids, so I can’t fully know either the elation or trepidation that comes with this news. I have, however, heard parents express both those emotions.

I also have the vantage point of consuming news for nearly eight hours a day every workday. From that perspective, one thing is clear: back-to-school protocols don’t seem to have a one-size-fits-all solution across the globe.

However, it seems perfectly rational to be concerned about sending kids to the classroom in groups larger than those that are allowed to legally gather in public. (That remains at 50.) As has been mentioned time and again over the last few months, given that this virus is novel, the science around it has been updated as data has become available.

With that caveat, the science currently indicates that most kids don’t become as sick from COVID-19 as adults and they appear to have much lower fatality rates. It’s less certain just how much kids spread the virus, though.

An article published on Wired’s website late last month highlights a new study from South Korea that found kids under 10 do not appear to transmit the virus well—though it’s unclear why. However, it also found that older students transmit the virus at rates more akin to adults.

“Should administrators allow only elementary students to attend in person, while middle and high schoolers stay online at home?” the article asks. “If they do, will younger children be able to keep their masks on all day or stay six feet apart? What about the psychological effects of continued isolation on teens, who many parents believe are already racking up too much screen time during the pandemic shutdown and now are facing months of online learning?”

It can sometimes be hard to put our trust in public officials—especially when it comes to the safety of children. But luckily, B.C. has two things going for it: a public health officer who has proven adept at lowering our rate of infections and a trial run that took place with some students returning to the classroom in June.

And while no country is in identical situations, lessons can be gleaned from school reopenings elsewhere. On Aug. 4, The New York Times ran an article about an outbreak in a school in Jerusalem (“When Covid Subsided, Israel Reopened Its Schools. It Didn’t Go Well.”) outlining exactly that.

Israel had the virus well under control—with fewer than 100 new infections in May, for example—when it decided to send kids back to school. Initially, schools had safety measures in place like wearing masks, keeping windows open, distancing, and frequent hand-washing.

But when a heatwave hit, off came the masks and on came the air conditioning (which prompted the schools to close the windows). By the end of June, 977 students and teachers had the virus.

While parts of B.C.’s reopening plan seem to fall in line with public health recommendations outlined in that article, others don’t.

The biggest one: “requiring masks for staff and students old enough to wear them properly.”

In the end, the only current choice for parents and students in B.C. seems to be putting trust in health officials—who have, so far, steered us in the right direction.

As we get closer to September, hopefully there will be a more detailed plan that gives families confidence in returning to a new in-school normal.