"Remember that you are here on earth for one purpose. To love, and to be loved. When you concentrate on this thought, everything in life seems to flow more easily." Jan Simpson, April 2011 Life hasn't always been smooth at Whistler.
Apr 8, 2011 3:15 AM By: Michel Beaudry 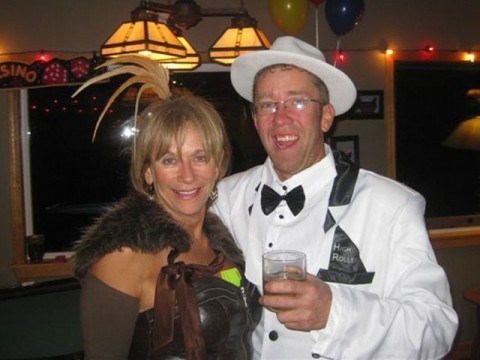 "Remember that you are here on earth for one purpose. To love, and to be loved. When you concentrate on this thought, everything in life seems to flow more easily."

Life hasn't always been smooth at Whistler. Like all resource-based towns (and yes, tourism is a "resource"), this town has been buffeted before by the ill winds of economic misfortune. And though I don't fault local merchants for thinking this last season has been close to catastrophic, the business horizon was a lot nastier 30 years ago.

Back in 1981, the future looked despairingly bleak. Interest rates had flown through the roof, half-finished hotels stared out in silent blame and people were fleeing the valley in droves. As for "making an easy buck" at Whistler, foggetaboudit. It was eat or be eaten. And Jan Simpson was right in the middle of it....

Wait a minute. Isn't this the same woman we heard about last week who was living the mountain-hippie lifestyle, working on road crews to get a tan and make some extra summer bucks? Indeed - but times change...

Let's go back to 1978 for a minute. A period of huge optimism for Whistlerites, the late '70's was a land speculator's wet dream. A new mountain resort was getting built, the much-ballyhoo'ed Whistler Village was being raised above the local garbage dump and everyone in the Lower Mainland wanted a piece of the Whistler action. Forget smoking dope and skiing powder. This was a time to make money!

Now a single mum with a few more responsibilities than merely skiing and partying, Simpson was on the cusp of her thirties. "I was still bartending," she recounts, "when my old buddy Drew Meredith approached me with an intriguing idea: 'Why don't you get your real estate license and come work for me and Arv Pellegrin at the trailer in Bayshores?' he asked." Right. And remember, this is the guy who had once recruited her to work on a road gang planting explosives...

But Meredith is the consummate salesman and it didn't take him long to convince her. "So off to UBC I go," she says with a merry glint in her eye. "I get my license in September and I start work in October." More laughter. "It was that fast."

It might have been fast. But it wasn't all that easy. "I hadn't been back to school since the mid '60's," she moans. "And with two kids (already five and seven) at home, it was really hard." She sighs. "But I got through it. And thank God I did!"

Selling real estate at Whistler back then was like shooting fish in a barrel. "You'd get to the trailer in the morning," she explains, "and there'd already be a line-up of people snaking out the door. I'd usher them into the office, offer them coffee, and show them what was for sale on our map..." She stops. She can't help it. Has to laugh again. "It was like a sort of hysteria. People just wanted to buy, buy, buy..."

The money poured it. I mean, really poured in. Simpson made  $200,000 in her first three months of work! And like most everyone else, she invested her "winnings" in local real estate. By 1980, she owned five houses. She thought she had the world by the tail. Thought all her financial problems were behind her.

Then the Big One hit: the recession of 1981. And no snow came. And Blackcomb Mountain nearly closed its doors after its first year. And the new village ground to a startling halt. Capital flowed out of the valley like water down the Cheakamus River. Investors quickly followed. As for all that high-priced real estate people had been frantically buying, suddenly properties were selling for a fraction of their listed price (starting to sound similar, isn't it?)...

"The early '80s was a crazy time," says Jan. "Interest rates were stratospheric and everyone (including me!) had over-extended themselves in the real estate market."

But for Jan, that was just the beginning. "In 1982 it didn't snow until February," she recounts, "so a lot of the tenants in my investment properties lost their jobs and moved on, leaving me with vacancies and lots of extra mortgage payments to make." On top of all her rental woes, she suddenly realized that she owed the government some serious coin. "Remember I was new to all this. So when Revenue Canada audited me ...and announced that I owed them all this deferred income tax, I was devastated. Lost my car, lost my money..."

She says her financial woes were directly responsible for the anxiety attacks and migraine headaches "that had recently manifested themselves in my stressed-out state..."

She wasn't alone though. "So that was a small consolation," she says, "Everyone in the industry seemed to be in the same boat, up the creek without a paddle.  Persevered we did, knowing things would come around... hopefully sooner than later."

People did what they could to make ends meet. "I went back to waittressing where I got paid in cash." Cash? She laughs. "Sure. You see, I couldn't 'officially' work other than as a realtor..."

It was hard. She owed a lot of money. But with her sense of humour intact, and her love of Whistler still palpable, Jan rolled up her sleeves and set down to the task at hand - re-building her financial world brick-by-heavy-brick. "There was a light at the end of the tunnel after all," she says with a grin. "And a few years later we were right back where we'd started, working our butts off promoting our mountain resort and the new and exciting development, Blackcomb Mountain."

By 1986 Whistler's economy had finally stabilized. "We were on the map and everyone was now talking about this fabulous new mountain resort town featured in Warren Miller movies, and ski and snowboard magazines," she says, the pride in her voice still a witness to the hard work required for her and her cohorts to get back on track. "The new Whistler Village was growing again and it was a very exciting time as we watched our little town being transformed into a European-style pedestrian village of shops and restaurants. Nobody had ever seen anything like it in North America before!"

As it is now (and will probably continue to be), Whistler politics in the 1980's was a hot topic. "Everyone gossiped about the newly created RMOW and who would lead us," says Simpson. "Pat Carleton paved the way for others like Mark Angus, whom we called the Nightmare... because he was mostly seen out at night...and later Drew Meredith and Ted Nebbeling." She smiles. "We tended to support the people who threw the best campaign parties..."

Simpson continued to pursue her realtor trade. Through the fast-improving eighties, and hot-as-chili-pepper-market nineties - and even into the roller-coaster ride of the early 21st century. But by 2008 she'd had enough. Thirty years in the trade. Loads of experience. Contacts up the yinyang. But all Simpson could see on the horizon was greed and greed and more greed. "Bigger was always better," she said. "More realtors. More sales. Smaller commissions - the competition got really stiff. Forget customer relationship or experience or even integrity. It was strictly about sales." She stops talking. Sighs.

"The toxicity of the job was making me sick," she explains. "So I decided to quit."

And just like that her world changed. "I was living alone in a big house," she tells me, "so I decided to get roommates. And it was great." She sold her car, bought a second-hand beater, took up yoga and completely re-focused her priorities. "It's funny, you know - I don't miss the work one bit. No migraines. No hell. No beating myself up over useless issues." She laughs. "I can sleep through the night now without one anxiety attack! Sure, I'm a lot 'poorer' financially. But I'm so much more at peace with myself. Turns out I have everything I need."

She's also fallen in love with Whistler again. "I got a little disillusioned with this place," she admits. "It lost its charm there for a while. So I started travelling - looking for other places where I might want to try and live." But when push came to shove - when she took a close look at these new destinations - she realized just how much she really cared about her old stomping grounds.

"In some strange and wonderful way," says the woman who now runs hatha yoga sessions out of her own home studio (see jansimpson.com), "travelling allowed me to discover my roots again.  Whistler is where I want to live. This is where I want to stay." She offers me one last smile. "I was bitter before. But not anymore. Now I just want to contribute..."