Which of the following statements is true? The United States now has a 100-year supply of natural gas, thanks to the miracle of shale gas. By 2017 it will once again be the world's biggest oil producer.
Jan 9, 2013 8:00 PM By: Gwynne Dyer 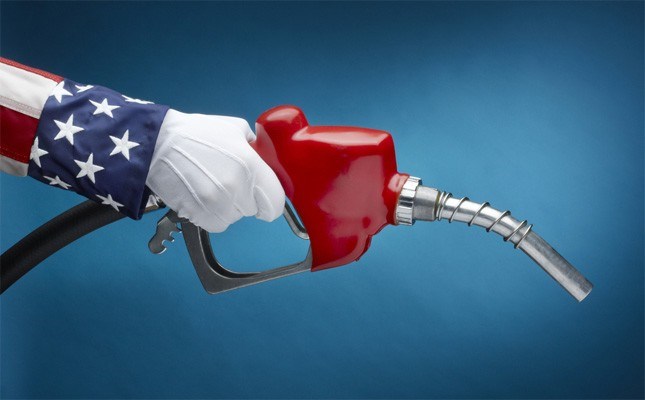 Which of the following statements is true? The United States now has a 100-year supply of natural gas, thanks to the miracle of shale gas. By 2017 it will once again be the world's biggest oil producer. By 2035 it will be entirely "energy-independent," and free in particular from its reliance on Middle Eastern oil.

Unless you've been dead for the past couple of years, you've been hearing lots of enthusiastic forecasts like this, but not one of them is true. They are generally accompanied by sweeping predictions about geopolitics that are equally misleading, at least insofar as they depend on assumptions about cheap and plentiful supplies of shale gas and other forms of "unconventional" oil and gas.

For example, we are assured that the United States, no longer dependent on Arab oil, will break its habit of intervening militarily in the Middle East, since what happens there will no longer matter to Washington. But this new era of cheap and plentiful energy from fossil fuels will also result, alas, in sky-high greenhouse gas emissions and runaway global warming.

These statements are also untrue, at least in the formulation given above, since they are based on quite mistaken assumptions.

The original error, on which most of the others are based, is the belief that "fracking" — hydraulic fracturing of underground formations of shale rock to release the gas trapped within them — has fundamentally transformed the energy situation of the United States. Huge amounts are being invested in the newer shale plays like the Eagle Ford formation in Texas and the Marcellus in Pennsylvania, but the numbers just don't add up.

Production of shale gas has soared in the United States (still the home to most shale plays) in the past ten years, but it is only compensating for the decline in conventional gas production in the same period. Moreover, while the operators' calculations assume a forty-year productive lifetime for the average shale gas well, the real number is turning out to be around five to seven years.

That means that in the older shale plays they have to drill like crazy just to maintain current production — and since drilling is very expensive, they aren't making a profit. As Exxon CEO Rex Tillerson told a private meeting four months ago: "We're making no money. It's all in the red."

They are hoping to make a profit, of course, once the gas price recovers from the ridiculous level of $2 per million BTU that it fell to in 2009, when a great many people believed this really was a miracle. $4 per million BTU would do it for most operators, and even the highest-cost ones would be making a profit at $7. But it's clear that shale gas is no miracle that will provide ultra-cheap fossil fuel for the next 100 years.

In that case, the prediction that the United States will be the world's biggest oil producer by 2017 is nonsense. Even on an ultra-optimistic estimate of how much "unconventional oil" it can eventually get out of the shale formations, it will still be importing a large proportion of its oil in 2035.

"Energy independence," if it ever comes to the United States, is likelier to come from a combination of conservation measures (like President Obama's regulation that will almost double the fuel efficiency of American-built cars by 2016) and an increased emphasis on renewables (wind, solar, etc.).

And the whole Middle Eastern business is a red herring, because the United States does not depend heavily on Middle Eastern oil. Most U.S. oil imports come from the Western hemisphere (Canada, Mexico, Venezuela) or from Africa (Nigeria, Algeria, Angola). Only 15 per cent of its oil comes from Saudi Arabia, Iraq and Kuwait, and virtually none from anywhere else in the Gulf. Whatever America's various wars in the region may have been about, they were not about "security of oil supply."

Which leaves the business about shale gas and oil pushing the world's greenhouse gas emissions over the top. They can't do that, because we are ALREADY over the top. We need only continue on our present course, without any growth in "unconventional" oil and gas production, and we will be irrevocably committed to two degrees C of warming (3.5 degrees F) within ten years. Within 25 years we will be committed to +4 degrees C (7 degrees F).

So why are we fed a daily diet of misinformation about energy in general, and shale gas in particular? Because a lot of people have something to sell.