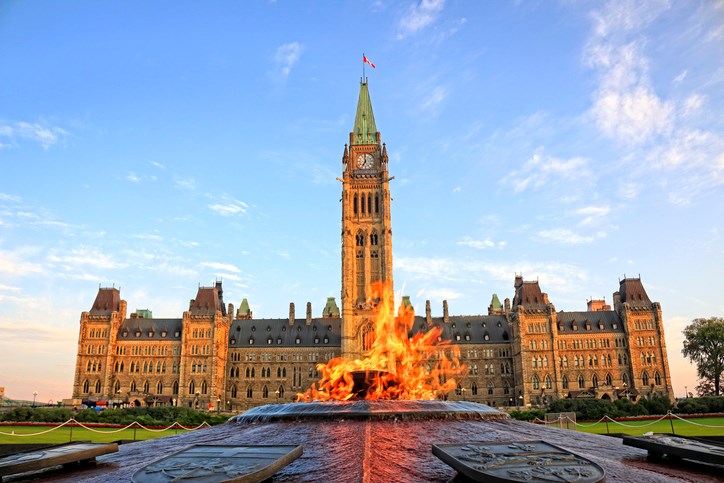 A new poll points to a potential federal Liberal majority government – depending on the election outcome in British ColumbiaOrchidpoet/E+/Getty
Speculation about a fall post-pandemic election continues in Canada, as the vaccination rates increase across the country and the electorate gets ready for a glimpse of life after COVID-19.

All political parties have been busy with nomination battles and discussions about how to run their respective campaigns, if and when the writs are dropped.

When Research Co. and Glacier Media asked Canadians who they would vote for if the next federal election took place tomorrow, the Liberal Party remains in first place with the backing of 38% of decided voters, up one point since our last quarterly examination in March. The scenario is particularly bright for the Liberals in Atlantic Canada (49%), Ontario (42%) and Quebec (39%).

The Conservative Party gained two points to reach 30%, an important psychological milestone for an official opposition that was trapped in the twenties just a few weeks ago. Two concerns for the Tories are their third-place showing in British Columbia (27%) and seeing the Liberals with a 10-point advantage among decided voters in Ontario (42% to 32%).

The New Democratic Party (NDP) remains at 20% across Canada, with support climbing steadily in British Columbia (34%) and Alberta (25%). The Bloc Québécois and the Green Party are tied with 5% at the national level, with the People’s Party barely registering again at 1%.

This survey would point to a Liberal victory with the possibility of a majority government that would hinge on individual outcomes in British Columbia. In 2019, the Conservatives managed to defeat six Liberal incumbents in ridings located in the Interior and the Fraser Valley. Those seats could flip back if Tory support remains low.

Prime Minister Justin Trudeau’s approval rating fell six points to 50%, but is still decidedly more impressive than the number posted by Conservative leader Erin O’Toole (34%, up one point). O’Toole has lost ground when Canadians are asked who would make the best prime minister. Trudeau is first with 37% (down three points), but NDP leader Jagmeet Singh is now in second place (17%, up five points). O’Toole is third with 12%, down three points.

O’Toole’s approval did not change markedly over the past two months – an issue that should worry Tory supporters. His rating stands at 36% in Alberta, a low number in a province where half of decided voters are Conservatives. There has not been a true identification between the party and its leader, although the prospect of a federal campaign that would feature rallies and live appearances could change that.

Another troubling matter is the gender gap. O’Toole’s rating among women is 30%, a paltry sum when compared to what Trudeau (52%) and Singh (51%) are getting. Among female decided voters, the Liberals hold a comfortable lead over the Conservatives (40% to 25%).

One issue that O’Toole does not currently have to fret about is the People’s Party. The approval rating for Maxime Bernier fell to 14%, with 52% of Canadians disapproving of his performance and 34% oblivious to it.

Singh will be headed to his second campaign as leader of the NDP. At this stage, his personal numbers are strong, with 51% of Canadians approving of his performance. He has overtaken O’Toole as the preferred head of government, but is still 20 points behind Trudeau. Even in British Columbia, where the New Democrats are outperforming all other parties on voting intention, Singh trails Trudeau on the “Best PM” question (35% to 23%).

The fortunes of the federal New Democrats are sometimes tied to the performance of their provincial cousins, whether in government or opposition. This might be partly the case in British Columbia and Alberta, but it is too soon to tell if this will result in more seats for the party. The fluctuation would need to be more dramatic for the New Democrats to defeat Conservative incumbents in Alberta. In British Columbia, the Fraser Valley turned its back on the BC Liberals in the 2020 provincial election. These same voters could be looking at the Liberals, and not the New Democrats, as the party that has handled the pandemic well and deserves their vote, at the expense of Conservative incumbents.

The Green Party, which recently lost one of its three Members of Parliament to the Liberals, can count of the support of 5% of decided voters across the country. British Columbia (7%) and Quebec (6%) are the two areas where the Greens are doing slightly better.

The next three months will be crucial for the realignment of the political battlefield in Canada, if indeed we are headed for a fall election. The Liberals will continue to tout their management of the pandemic, especially if stories about vaccine shortages disappear from the airwaves. The Conservatives will have to rekindle with voters outside of their areas of dominance and be convincing enough to reach those in their traditional base, who right now are not entirely convinced about O’Toole.

Results are based on an online study conducted from June 12 to June 14, 2021, among 1,000 adults in Canada. The data has been statistically weighted according to Canadian census figures for age, gender and region. The margin of error, which measures sample variability, is plus or minus 3.1 percentage points, 19 times out of 20.