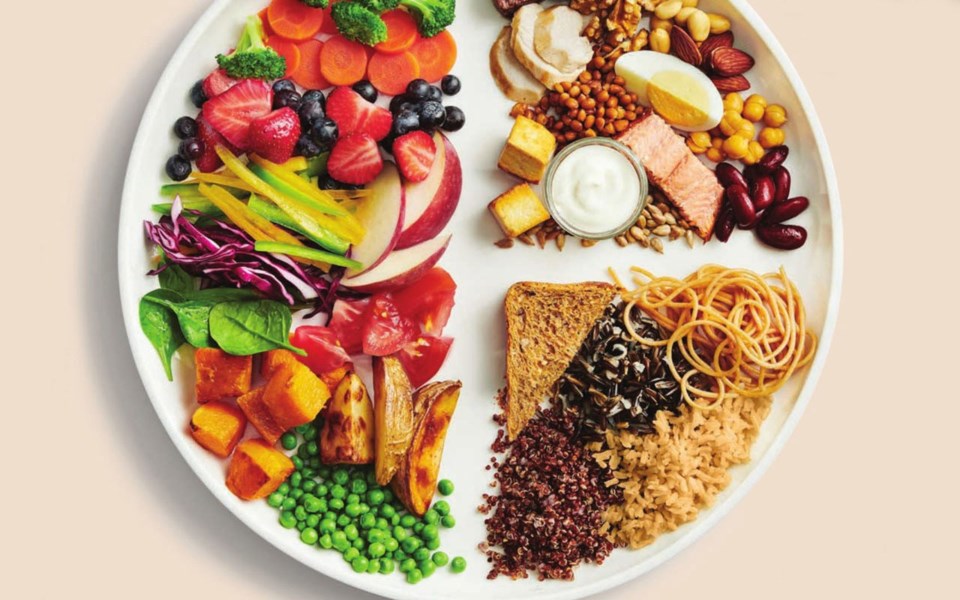 Photo courtesy of the Government of Canada

Not sure about you, but I am still feeling full after the holidays.

Between multiple turkey dinners, mince tarts, homemade chocolates, more New Year's canapés than you can shake a stick at, and the 24-hour feasting schedule, I'm done with food.

And perhaps that is a good thing, too.

A disturbing report out of the Lancet medical journal this month tells us that unless we radically alter our relationship with food, we will not be able to feed our growing global population, and the impact on climate change will be significant.

The report was compiled by 30 scientists from around the globe that study nutrition or food policy. They worked together for over three years considering the different side effects of food production in the hopes of coming up with some recommendations for governments to help them handle food and population growth. By managing factors such as greenhouse gases, water and crop use, nitrogen or phosphorous from fertilizers, the report's authors argue that climate-change-inducing gases could be reduced and enough land could be reserved to feed the world's growing population.

What are the biggest changes we need to make? Meat and sugar consumption need to be cut by 50 per cent.

Dairy, too, needs a second look.

You can imagine the outcry that came with the findings of this report from lobby groups representing meat and dairy farmers and various manufacturers of processed foods and beverages.

"You have a million people whose lives depend on dairy," chief science officer for the U.S. National Dairy Council Greg Miller told National Geographic in its story on the report.

The authors have branded their plan as The Great Food Transformation offering strategies from very simple advice about sharing information to ideas about altering food production, which could even impact the price we pay at the grocery store for what we buy.

Obviously, these ideas are not going to stop climate change, as we all know that transportation, electricity, and burning fossil fuels for industry are leading contributors to greenhouse-gas emissions. But what the report does encourage us to think about is the fact that climate change is multi-faceted in its origins and that means every one of us can make choices to combat it. Sure, switching to an electric car would be great if that fits in your budget in 2019, but so is eating less meat, choosing locally grown food if possible and trying to consume non-processed food that is heavily packaged.

I have really noticed recently an increase in the number of people arriving at checkout counters with their produce rolling around free from individual plastic bags, for example.

Now is not the time to throw up our hands and complain that the problem is so big that an individual act is pointless.

Interestingly, this week also saw the release of the new Canada Food Guide. Until now, the guide had been heavily influenced by food- and beverage-industry lobby groups.

But this time around, Health Canada declared that "during the policy development of the new Canada's Food Guide, officials from Health Canada's Office of Nutrition Policy and Promotion will not be meeting with representatives from the food and beverage industry."

And amazingly, the guide suggests that water be the go-to beverage for Canadians, not juice.

It goes without saying that the food and beverage industry will have a lot to say about the new guide. But in all honesty, it simply reflects the common sense we should all use when shopping and preparing food.

Part of this food chain, and another contributor to climate change, is the shockingly poor job we do from home to restaurant to factory in the area of food waste in Canada.

Whistler is more progressive than most with our recently introduced solid waste bylaw. The new bylaw requires all commercial and strata properties to collect and divert food waste, implement three-stream waste collection (recycling, compost and garbage) and monitor and prevent contamination of recycling and organic waste.

Resort Municipality of Whistler staff has worked with the Association of Whistler Area Residents for the Environment over the past year to support businesses and stratas through the transition.

But consider this: An incredible 58 per cent of all food produced in Canada—35.5 million tonnes—is lost or wasted, according to a new report, titled, "The Avoidable Crisis of Food Waste." It also found that a third of that wasted food could be "rescued" and sent to communities in need across the country.

It's clearly time to put our shopping and food-consumption lists in order as we head into 2019.