Forming bonds in times of crisis 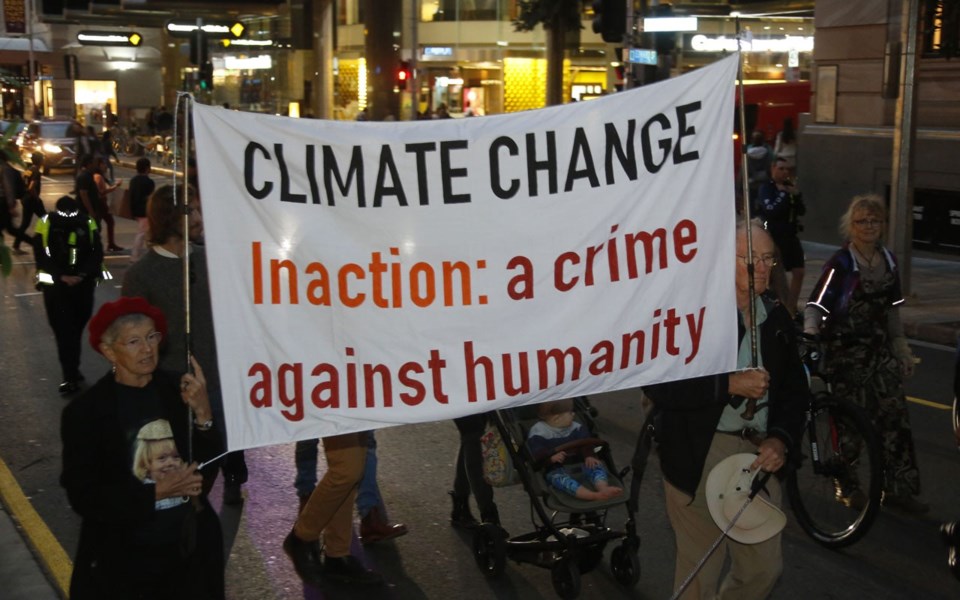 The climate and ecological crises touch each of us to varying degrees. Some carry the emotional weight of worrying about what kind of diminished, unstable world we're leaving for our children while others are directly, physically affected by climate-fuelled disasters like storms, wildfires, droughts and changing wildlife patterns.

Our responses to these crises also vary. Most people know the traditional reactions to crises: fight, flight or freeze. But as climate scientist and activist Susanne Moser said, "We keep talking about the three Fs but there is a fourth one, and that's the one that actually helped us survive. The forming of bonds, or the be-friending. That's the piece that got us to cooperate as a species and recognize that we have greater advantage when we work together as opposed to everyone for themselves. This is biology. It is in the genetic history of our species. We are here because we cooperated. It's part of us."

Naomi Klein's book The Shock Doctrine examines how capitalism takes advantage of disasters, always ready to profit from the destabilization they create. On the flip side, a new phrase has emerged to recognize the human capacity to cooperate in the face of calamity—"disaster collectivism"—described by writer Rebecca Solnit as "the sense of immersion in the moment and solidarity with others caused by the rupture in everyday life, an emotion graver than happiness but deeply positive."

This term has emerged from the displays of compassion, altruism and creative solution-seeking that blossom when climate disaster strikes communities. News reports are full of stories about neighbours and strangers going out of their way to share food, rescue pets, locate loved ones and help rebuild what has been lost.

Although disaster collectivism was coined in 2018 in conjunction with the dizzying increase in climate-caused calamities, the phenomenon of the potential of positive reaction to stress has been documented by scientists. A 2012 article in Scientific American, "How the Stress of Disaster Brings People Together," points to studies that found, "acute stress may actually lead to greater cooperative, social, and friendly behavior."

The climate and ecological crises are manifest in destroyed homes and livelihoods during floods, hurricanes and tornadoes, drastic declines in wildlife populations and the disappearances of vast tracts of forests consumed by increased wildfires, but they are ultimately symptoms of the underlying crisis of our societal failure to take responsibility for our impacts on the planet so that it can continue to provide us with stable, life-supporting ecosystems. It is a crisis facing us all, that we created and to which we must respond.

The systems we've been using to structure the way we extract resources need to be rethought. Although we sometimes see our economy as an absolute, as something apart from us, it is our creation, and it can be recreated if we recognize the planetary harms it sets in motion.

Ideally, the fissures in the wall that has upheld business-as-usual operations provide an opportunity for us to come together, equipped with tools to redress, repair and rebuild. Some of the fixes will be technological, like better ways to make renewable energy sources accessible and affordable everywhere, but what is mainly needed is a new vision that sets limits to better manage the pace and reach of our historically unrestrained plundering of the planet's offerings.

Reimagining and acting to create a better world can be a deeply positive experience, as Solnit highlights. In the act of coming together, we can also rewire the status quo so that taking care of each other becomes the norm.

As Barry Lopez observes in his book, Horizon, "Our question is no longer how to exploit the natural world for human comfort and gain, but how we can cooperate with one another to ensure we will someday have a fitting, not a dominating, place in it." Change isn't easy, but when people come together for the good of humanity and Earth, we can accomplish great things.