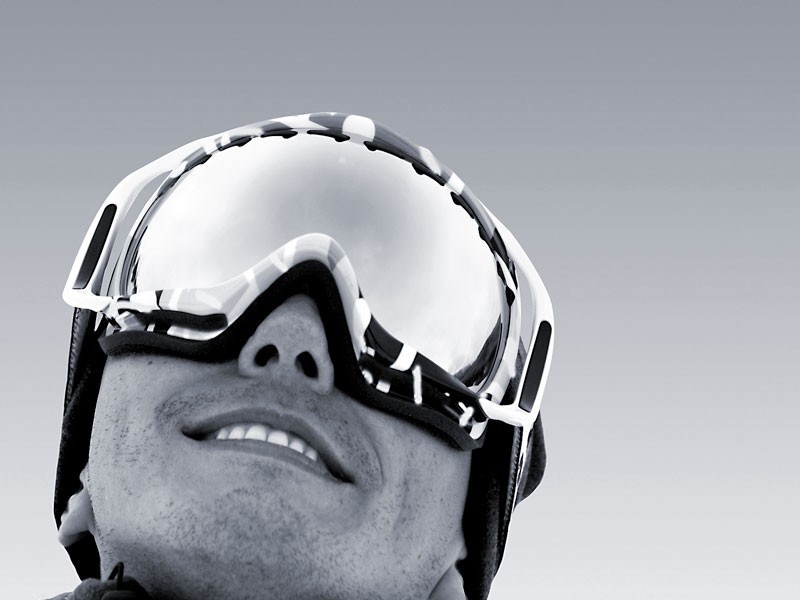 I'm so impressed with what just happened in this community. Never seen anything like it in fact. At least not in Whistler. I mean, to see the citizens in our happy little valley this passionate about voting -- this engaged on the issues - well, I kinda think this is the start of a whole new chapter in the Whistler story. Don't you?

But where was I? Oh yeah. The election. And its groundbreaking outcome: The first woman to be elected mayor in Whistler's history! Yeah. And supported by a brand-new, no-nonsense team of councillors. Yeah. May the force be with you all. The stables need some serious mucking out.

But on to the task at hand. I know you're all incredibly busy right now. And I know the last thing you need is more advice. Still - it just so happened that I was on the mountain for Opening Day last Friday, and it struck me that this quirky annual event has much to teach us. At least in terms of local vision and culture. I wrote a few notes on the subject. Read on and me know what you think:

What am I doing here? It's 6:30 a.m. in the morning. Still dark out. And cold - way colder than it should be at this time of the year. A hazy cloud of hemp smoke hovers over the huddled group of humans in the lift corral - almost like the incense that used to burn in the church that I attended as a kid. And I smile despite my discomfort. For it's not all that whacky a thread. After all, everyone around me this morning is here to worship. Only we're doing it our way: at the church of the snows.

Welcome back. It's Opening Day at Whistler and there's powder all the way to the valley. Gloria In Excelsis Deo!

I let my eyes wander idly over the crowd. Except for our little pod of veterans - and yes, we're all looking our age this morning - the line-up at the Creekside gondola is mostly made-up of echo-boomer pilgrims. Some still in their teens, most in their twenties, a few in their early thirties. And all of them keen - fanatical even - and ready for big action. I mean, literally. The adrenaline is flowing freely. No one stands in line in the dark in the cold for this long just to say that they were there...

The proportion of skis to snowboards, I notice, is about even. But these aren't your mother's skis. These are snowboards cut in half; huge, fat, floppy things that make molehills out of most mountains. As usual, the percentage of males in the crowd is pretty high. But the women make up for it with their style - they're warrior gals all the way. I love their self-assurance. Their quiet swagger. They're our future.

The clock keeps ticking. A soft sheen of light timidly works its way down the hillside. People drink coffee, scan newspapers and chat about their latest adventures. Life as usual. But not quite. Pictures are snapped, messages are tapped, fancy head-cams are raised above the crowd to "catch the moment." Next to me, a young skier stands by himself, his attention totally taken by the hefty novel he's reading. I twist my head to catch the title -The Book of Negroes. Ambitious.

Damn! It feels good to be in this line-up today. I don't know how many of these I've missed over the last four decades, but I'm pretty sure I could count the misses on one hand. For me it's like Christmas, Easter, Thanksgiving and Halloween all rolled into one mega celebration. And I'm pretty sure I'm not the only one in this crowd to feel that way.

Opening Day at Whistler. The season's first turns. The launch of another year. The beginning of a new winter cycle. Crucial. Vital. A critical component in the valley's story. So why don't we acknowledge it more?

Arguably the most important date on the Whistler calendar - I could feel the energy bubbling in the village all week: it was palpable, sensual, exciting, inspiring - Opening Day is the ultimate re-affirmation of the town's raison d'ètre . It's why most of us moved up here in the first place. The source of our golden lifestyles. The draw that brings visitors each year to ride our lifts, stay at our hotels and eat at our restaurants.

So why don't we celebrate it more? Why don't we mark this day with an annual snow-welcoming festival that acknowledges just how fundamental the white stuff's arrival is to the good health of our community? Call it what you will - Le Festival Des Premieres Neiges ; First Snow; Launch Week; Powder To The People. Ullr's Revenge; Whistler Storming even. Whatever. Let's just do something!

And yes, I know that this time of the year can be problematic. It can rain for days in November - at least in the valley. And the early-season conditions up high can be uncooperative at best. And people are already so busy with Christmas preparations that they have no time to party. And yada yada yada. So what? Think of Whistler's story. Has the merely-challenging ever stopped Whistlerites from going ahead and launching new initiatives? I don't think so.

It's a no-brainer. Part of our cultural DNA. So what the heck are we waiting for? It's an occasion begging to happen.

But where was I? Oh yeah - still standing in the lift corral at Creekside, still shivering with cold, still happy to be here. It's almost 8:00 now. The natives are getting restless. Ol' Bob Dufour patrols the head of the line - like he does every year - kibitzing with the kids, greeting new arrivals, quietly doing his job. And once again I can't help but smile. It's almost like Bob has become part of the annual ritual: the high priest who marshals the true believers before they get lifted up to the mountain for their first mass of the year.

And I'm not just waxing irreverent here. My old mentor Hans Gmoser used to speak of the mountains as "majestic natural cathedrals where God's voice is clearly heard." Do you ever get that feeling? I do all the time. Especially now, when the days are short and the light is low and the snow-kissed terrain still holds secrets and traps. Deadly traps, to be sure. But in exchange for the risk, there's a chance to touch the sacred. Know what I mean? Hmm. That's the sound of my spirit humming.

To be in the high mountains again - and at a time of the year when the weather challenges you at every turn - well, I just don't know of any other environment that offers such a powerful experience. It's a place that begs careful treading. And wary respect. Humility is not a bad strategy here. But it's okay to feel exultant too. Oh so exultant. To feel the flow of nature. The power of gravity. The vertical dance. The song of the universe. That's when I feel most touched. That's when I feel most alive.

And it's an aspect of the experience that I feel Whistlerites could all do a much better job communicating to the world. As I've written many times before, the Whistler story is more than just a tale about lifts and hotels and...

Damn! We're so much more than that. We have so much to offer the rest of the world. At a time when urban life is becoming increasingly unbearable - with its congestion and rules and steady, busy buzz - Whistler's accessible mountain magic can soothe the soul of the most wired among us. We are a refuge to the city-weary. A gateway to alpine epiphanies. A place where lifelong learning can grow and thrive; where 'healthy-mind-in-healthy-body' can become a way of life. I'm sure you know what I'm saying.

Dismiss me as a romantic. But I believe we're not just a party place looking for happy partiers to attract. We're not just some generic tourism factory desperate for bodies - any bodies - to fill hotel rooms and restaurants. I think we owe it to ourselves to be choosier than that. Don't you?

The Creekside lift eventually cranks its way to life, and Dufour and company happily send the little crowd of pilgrims up the mountain to commune with the snow fairies. By 10:00 a.m. our little gang has already completed a couple of Roundhouse-to-Valley loops. And our smiles couldn't get much bigger. The cover is as good - no, better - than most of us expected. We're back in business. All's fine with the world. Thanks for listening. Oh yeah, and good luck with your new jobs.