There were many memorable events in Whistler over the last year, but what really stands out is not an event, it is the way our community continues to reach out and support those in need.
Dec 30, 2015 5:00 PM By: Clare Ogilvie 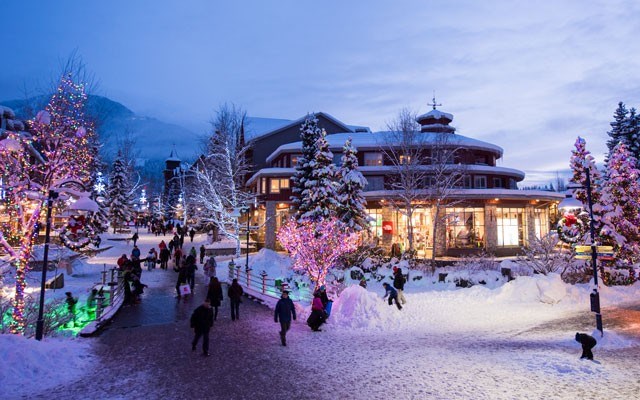 There were many memorable events in Whistler over the last year, but what really stands out is not an event, it is the way our community continues to reach out and support those in need.

From the help offered to a neighbour to the many, many events to raise funds for those who had misfortune enter their lives, to the outreach by big organizations like the Whistler Blackcomb Foundation in support of locally driven initiatives, and even our organizing to welcome Syrian refugees.

This is a measure of the value we put in each other and our community. And it is not just about money — it is about the time people donate as well.

Think back to the tremendous support given to those affected by the Alpine House fire. Just this week a post from Moving2Canada shared on Facebook really articulated how impactful this was.

"Canadian community spirit is something that needs to be seen in action to really appreciate it," wrote Dave Purcell in his blog.

"After the fire, many of us were left with little more than the clothes on our back and nowhere to stay, but the Whistler community banded together to support us.

"It's been an emotional time for me and others. While distraught to have lost our homes, I feel we gained something greater. New friends, the knowledge that we are surrounded by people that care, and a hopeful new chapter of our lives where we recover from what was lost."

That feeling of community is not confined to just those who live here — it comes out in the way we look after the guests who come to adventure in the resort, and even how we share our Whistler experience wherever we travel in the world.

So, as we move into the start of another year, we should hold onto the positive momentum of 2015, which included celebrating the 40th anniversary of the Resort Municipality of Whistler (RMOW) and Whistler Blackcomb's 50th, but also understand that the resort continues to tackle some thorny issues.

These include the 2013 Official Community Plan (OCP), which is still in many ways in "limbo land." Whistler is now operating off a plan that dates to 1993 after a B.C. Supreme Court ruling quashed provincial adoption of Whistler's OCP after the Lil'wat and Squamish First Nations opposed the Ministry of Community, Sport and Cultural Development's approval of it on the grounds that it infringed upon their aboriginal land rights, and was passed without adequate consultation.

The District Energy System continues to rankle some residents of the Cheakamus neighbourhood. The latest is that the RMOW will undertake a study to see how it stacks up to a conventional heating system. But what is needed is far more than that. The repair costs that residents have been faced with over the years needs to be tallied and the future of the system needs to be considered.

It is still not clear what is happening with the cell tower proposed for Lorimer Road. The RMOW has stood against it, as has Whistler Blackcomb and many residents, but the proponents have gone to ground and there has been no response from the governing agency, the federal Ministry of Industry, Trade and Commerce, leaving the long-term solution vague. A firm answer needs to be reached on this for the community.

Also sitting on the table is the decision on whether to increase the hotel tax by one per cent and thereby bring in an extra $2 million to the resort. As of this fall Whistler could apply to the province to be allowed to do so — though to qualify it must sponsor a new provincial tourism program called the Tourism Events Program.

Like an umbrella over all these pressing issues are three significant challenges: Addressing affordability in the resort, attracting and retaining workers and tackling transportation issues when it comes to highway traffic volume and safety.

Over the last few weeks, communities up and down the Sea to Sky Highway have been rocked by fatal accidents and the road closures that inevitably follow.

The tragedy of these events can be overstated, but the repeated road closures are also unacceptable on a highway that is the only link to an international destination resort.

Adding to this frustration for drivers is the bumper-to-bumper traffic in and out of the resort during the holidays and even at non-holiday times.

It seems ungracious to complain about how popular we are, and the traffic that flows from that, but the issue of traffic jams needs to be addressed whether that is by working to get people out of their cars or widening the highway into the day lots and beyond.

2016 looks to be another pivotal year as Whistler strives to excel.