Gambia and the 1999 Protocol

As military interventions go, it was practically flawless. Last month Gambia's long-ruling dictator, President Yahya Jammeh, lost an election that turned out to be a little freer than he had planned.
Jan 25, 2017 5:00 PM By: Gwynne Dyer 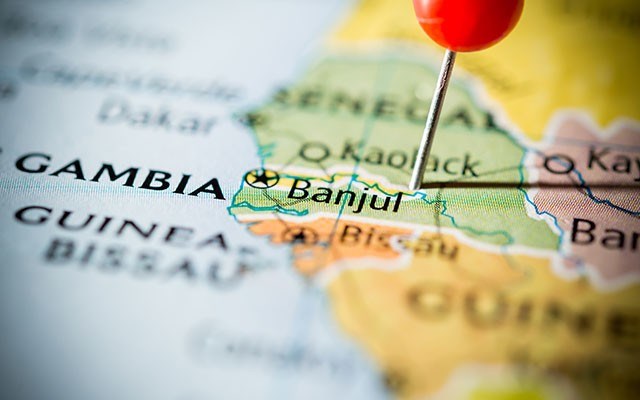 As military interventions go, it was practically flawless.

Last month Gambia's long-ruling dictator, President Yahya Jammeh, lost an election that turned out to be a little freer than he had planned. After first conceding defeat and even phoning up the victor, property developer Adama Barrow, to congratulate him, Jammeh changed his mind and decided to stay in power.

Within days the Economic Community of West African States (ECOWAS) had condemned Jammeh's action and ordered him to hand over power to Barrow. Within weeks the organization was organizing a military force to make him do so, while the presidents and prime ministers of other ECOWAS countries shuttled back and forth trying to persuade Jammeh to see reason.

On Jan. 19 (last Thursday), with Jammeh still clinging to power, the United Nations Security Council passed a resolution supporting ECOWAS but asking it to use "political means first." Typically, however, it did not endorse military action at all. It was the usual Security Council compromise, saying the right thing but not demanding decisive action for fear of triggering a veto.

So ECOWAS just went ahead anyway. On Friday a multinational force of 7,000 troops from five West African countries crossed the border from Senegal into Gambia. Barrow, who had fled to Senegal to avoid arrest or worse, was sworn in as president and immediately ordered the Gambian army not to resist. And with very few exceptions, it didn't.

Most of Saturday was taken up with a series of missed deadlines for Jammeh to hand over power and leave the country. However, that evening he boarded a plane and left for Guinea, en route to his permanent place in exile in Equatorial Guinea, a country so isolated and obscure that it makes Gambia seem positively metropolitan.

The likely reason for the delay was revealed on Sunday, when Mai Ahmad Fatty, one of President Barrow's advisers, reported that $11.3 million was missing from the Gambian government's coffers, which were nearly empty.

Good riddance — and not a single life was lost in the whole operation. Gambia has seen the first legal transfer of power since its independence in 1965, and ECOWAS has once again shown that it is the most effective regional security organization on the planet.

You will never see the Association of South-East Asian Nations (ASEAN) or the Arab League intervening militarily to defend democracy. The Organisation of American States doesn't do military interventions at all, and one doubts that the European Union would actually resort to force to stop a dictator from coming to power in one of its Balkan members.

The African Union does a bit better (e.g. the interventions in Somalia and South Sudan), but its huge membership of 54 countries makes decision-making a lengthy and tortuous process. Whereas ECOWAS' 15 countries have repeatedly and successfully intervened to defend or restore democratic governments in its member states, most recently in Côte d'Ivoire (2010), Guinea-Bissau (2012), and Mali (2012).

ECOWAS was founded in 1975, and its members first committed themselves to respect human rights and to promote democratic systems of government in 1991 (when a number of them were actually still dictatorships). But the key year was 1999, when they all signed up to the Protocol relating to the Mechanism for Conflict Prevention, Management, Resolution, Peace-Keeping, and Security (Protocol-Mechanism).

It could be compared to the UN Security Council in the sense that it has the right to order military interventions in sovereign states to stop wars, but it goes further in two important ways: it can also intervene to thwart unconstitutional attacks on democracy — and there is no veto. Even giant Nigeria, which has half of ECOWAS' total population, has to accept majority decisions.

Decisions to intervene are taken by a two-thirds majority on the Mediation and Security Council (MSC), a nine-member body with a rotating membership. Nigeria obviously has huge influence, which it regularly wields in favour of democracy, but it is sometimes not even sitting on the MSC when it takes its decisions.

The Southern African Development Community and the African Union (with responsibility for the whole continent) have subsequently followed ECOWAS' lead and adopted similar rules for intervention, but this kind of tough international protection for human rights and democracy is non-existent outside Africa.

You could argue, of course, that it's Africa that needs it most, and you would be right. But the point is a) that Africa does have it, and b) that several other regions of the world would benefit from similar institutions.