"Learn from yesterday, live for today, hope for tomorrow. The important thing is not to stop questioning." - Albert Einstein It was almost like he'd become possessed. Like some malignant force had invaded his spirit.
May 8, 2013 9:00 PM By: Michel Beaudry 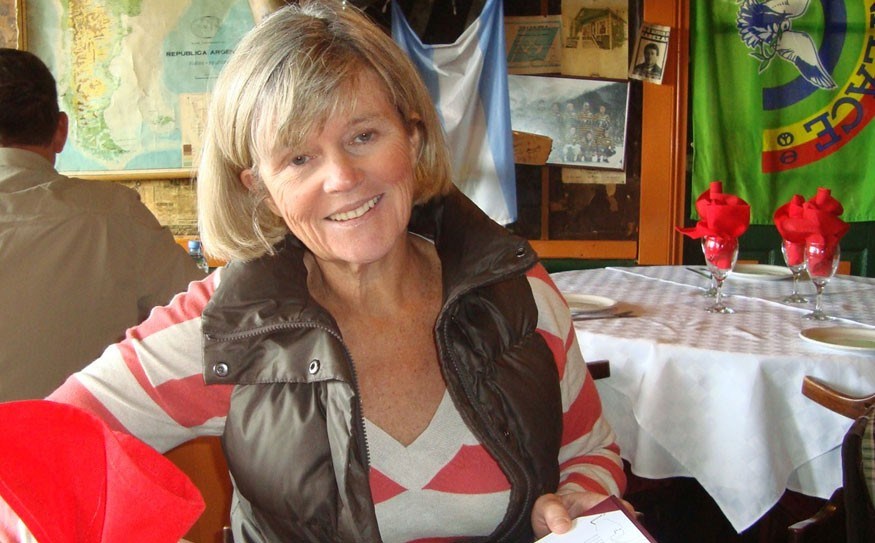 "Learn from yesterday, live for today, hope for tomorrow. The important thing is not to stop questioning."

It was almost like he'd become possessed. Like some malignant force had invaded his spirit. And there was nothing his mother could do, it seemed at the time, to stem the flame of unhappiness that was so quickly consuming her teenage son. No matter who she consulted — teachers, counsellors, psychologists, psychiatrists — none could offer her a working solution. Or even a process to follow. Indeed, many dismissed her fears outright. One therapist even suggested that her son was gay and was simply wrestling with his newly discovered sexuality.

But Ginny Dennehy knew that wasn't the problem. Her son's downward spiralling state of mind was too sudden and too severe for that. It was the strange things he said and did now. His increasing withdrawal from everyday life. Both she and husband Kerry were seriously concerned about their son's mental health. And they had every right to be.

The sporty, confident, outgoing young boy they'd loved and nurtured for seventeen years was slipping deeper and deeper into the bottomless maw of teenage depression. And let's be clear here — this wasn't an: "I'm having a bad hair day, feeling down" kind of thing. This was a deadly affair.

It's a parent's worst nightmare, I think, to be forced to stand by helplessly while their child suffers. In her recently-released book, Choosing Hope, Ginny offers us a glimpse into the personal Hell she herself experienced during those dark times. What do you do when your teenage son stumbles into your room in the middle of the night, tears streaming down his face? "Mom," he cries, "I don't want to have these terrible thoughts. Please, please help me not to have these terrible thoughts..." What do you do when the medical profession still regularly misdiagnoses this harrowing mental disease? When resources are few and far between? When depression's social stigma is still all too evident in people's every-day responses to it?

Kelty Dennehy ended his life in late winter of 2001. He was only seventeen years old. This is the note he left behind: "Don't worry; I will be watching you from the heavens above. Heaven is a better place than earth... No research will understand the depression. The depression is in my mind. Peace and I love you all. Kelty."

They say that life's cruxes are the ultimate test of one's inner fortitude. That moments of great angst test us in ways both unique and powerful. Family tragedies can break us. Beat us down into sad empty husks. But they can also inspire us to perform feats of absolute genius. To extend far beyond our reach. To be the bearer — in the most profound and practical ways — of hope and courage to those who so desperately need it.

Ginny Dennehy has chosen the path of hope. "Never Again!" could be her battle cry. Never again, if Ginny can help it, will a family have to suffer what she and her loved ones had to live through those twelve long years ago. Never again, if Ginny has her way, will anyone feel as helpless as she did in the face of this (as it now turns out) treatable malady.

And she's gotten great traction with her message. Through the Kelty Dennehy Foundation, which she and Kerry (and their extended family) launched after her son's passing, Ginny has managed to not only raise money (five million dollars!) for research into teenage depression, she's also succeeded in raising awareness — and providing direct help — for those thousands across Canada who still struggle with this nefarious disease.

And she's not about to slow down. Indeed, she and Kerry are about to embark on one of the greatest adventures of their already-tumultuous lives. They're calling it The Journey For Life, and as Ginny wrote in her book, "it's focused on an 'ENOUGH IS ENOUGH' making-a-difference campaign for mental health."

So what are they planning this time? Why, pedalling their bikes across Canada, of course. Five thousand kilometres, baby. Two aging baby boomers with a compelling story to tell. Riding and talking. Educating, fundraising, promoting, exhorting, lobbying, comforting, communicating, inspiring — but mostly just being there. Solid. Real. Eloquent witnesses to a changing landscape in the world of mental health.

And yet... Indulge me for a moment. I want to take a few steps back in the story so that you might grasp the true nature of Ginny Dennehy's particular brand of courage. How understandable it would be if she'd simply closed her door to the world three years ago and indulged her inconsolable grief in private.

Most Whistlerites know the story already. How Kelty's sister, Riley, found it hard to adjust to a world without her older brother. How she battled with her own demons — and her mother's furious devotion to Kelty's foundation — through her own teen years. And how, finally, mom and daughter had come to resolve their differences. The 23-year old Riley had left for Southeast Asia to attend an advanced yoga course with her mother's happy blessings.

When the call came from Thailand on October 8th 2009, it struck a blow so deep and nasty that Ginny wasn't sure she would recover this time. Her baby daughter was dead. She'd been prescribed too strong a sedative to ease the pain of a separated shoulder and had consequently suffered a heart attack. The Thai authorities told the family she'd died in her sleep...

"To lose one child seems inconceivable," writes Ginny in Choosing Hope. "To lose two is not only rare, it seems beyond human comprehension. There is always a rawness sitting on the edge of your emotions, a searing pain. The hardest parts are the indelible images, the visions of your children that are so clear you feel you could reach out and touch them..."

Her suffering, the tears that flowed — and keep flowing — the sense of being all but disconnected from the world of every day occurrences, unable anymore to relate to what people consider "normal" life: it's amply clear from the above passage just how much this double tragedy still haunts Ginny's world.

It's the worst kind of torture devised by the most brutal of sadists. Like spiritual rust, it slowly eats away at your sense of aliveness. Your faith in people. Your dreams for the future.

Know what I mean? It's virtually impossible for the rest of us to understand what Ginny and Kerry Dennehy have had to deal with over the last decade. And yet they've chosen to give even more of themselves to their Foundation's cause. So why keep fighting? Why face all that pain, day-after-day; why keep poking at the scab of their grief? "Because life goes on," Ginny answers. "And so must we." Which is exactly what she's done. But to me, braver words have rarely been spoken.

I mean, where does she get the strength? The emotional stamina? The confidence to keep facing those ugly moments when she's reminded of all she's lost?

I admit it — Ginny's book, her family's tragic tale, struck a deep chord with me. My throat got tight around page 49. Tears appeared soon after. And no, I'm not one of those crybaby new age males who sniffles at the drop of a hat. But I am familiar with tragedy. And I know grief intimately. As for depression and anxiety, they've been boon companions for years now....

So yeah, maybe this book resonated with me a little more than it might with others.

So often I felt myself nodding in agreement. "Yes, yes," I wanted to yell. "That's exactly it. That's exactly how it feels." So often I felt the chill of recognition. The realization that in her straightforward, unliterary way, Ginny Dennehy was slaying the dragons of misunderstanding and prejudice one page at a time.

Choosing Hope is an heroic book. And Ginny's journey a hero's quest. What's more important though, is that all her hard work — her new life mission if you will — has already made a difference. "I've had the opportunity now," says Ginny, "to hear from many other parents how the Foundation (and B.C.'s new Kelty Mental Health Resource Centre) has changed their children's lives; how much good it's done."

She stops. Sighs. Her blue eyes get just a touch blurry. "You know, it's always a bittersweet thing to hear," she says. "I mean, all these new resources wouldn't exist if Kelty hadn't died..." She lets a couple of beats go by. Sighs again. Her gaze becomes unfocused. But the moment passes and she quickly regains her composure. "Still, I believe things happen for a reason," she counters. And smiles. "Besides, I now have two angels on my shoulder. And they give me all the strength and courage I need..."

Follow the Dennehy's journey across Canada on their blog at www.piquenewsmagazine.com.