OUTSIDER: Bracing for the Great Gear Famine of Winter 20-21 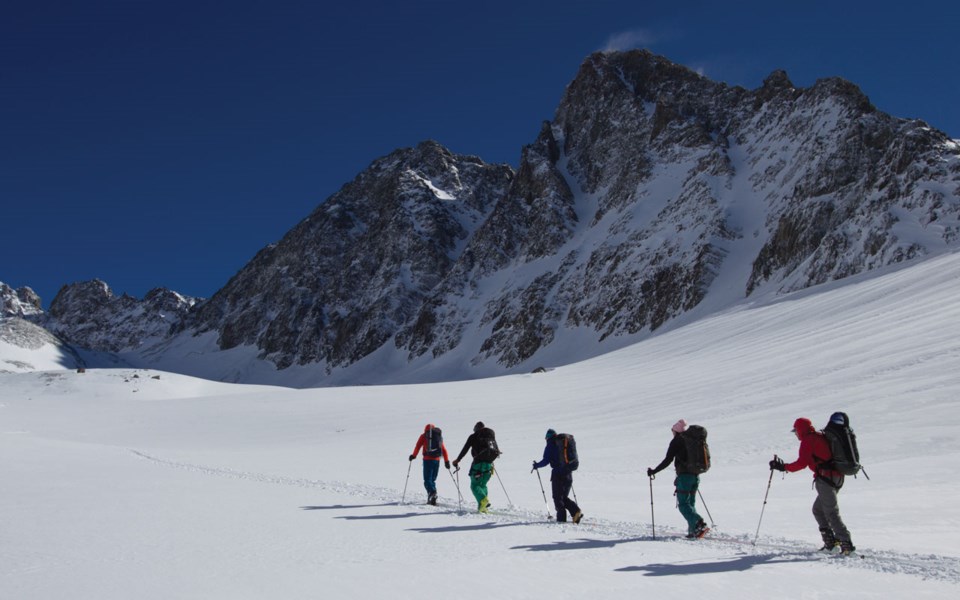 ARE YOU PREPARED? With ski resorts needing to make major adjustments in order to limit the risk of COVID-19, many skiers and snowboarders will turn to the backcountry. Photo by Vince Shuley

One of the major talking points in the outdoor community this year was an impending gear shortage. Travel plans were scrapped, the open air of the outdoors beckoned and CERB payments were deployed on equipment and apparel. Paddleboards, tents, and dehydrated meals flew off the shelves as everyone made their best attempts at salvaging summer.

The tallest of these sale spikes was bicycles. Many mountain bikers in B.C. trying to source a medium- or large-framed bike on the secondhand market were met with ludicrous asking prices as sellers spied an unquenchable demand. Shiny new rides at bike shops in turn sold out as buyers realized it was a choice between paying RRP or being SOL for the season.

As the world grappled with lockdowns and looked for ways to exercise and recreate with an acceptable level of physical distance, it was bicycles that offered the most resilient solution. The CBC reported in August that bikes below the $1,000 price point were by far the best selling (as confined families looked for inclusive outdoor activities), but not even big box stores could keep up with the demand due to COVID-19 supply chain disruptions and trade disputes between the United States and China. Market-research company The NPD Group reported that bike sales in the U.S. were the strongest ever in the spring 2020 months and were not showing any signs of slowing down.

“The unprecedented growth in March was hard to beat; however, April sales not only accelerated, but for the first time recorded $1 billion for a single month,” wrote Dirk Sorenson, NPD Executive Director and Industry Analyst, in June. “To put this into even more impressive context, April cycling sales are typically between $550 and $575 million, making this a truly unique and standout moment.”

One of the best parts of this sales surge was the number of bikes getting resurrected from storage purgatory. Some Vancouver bike stores were so overwhelmed this summer with requests for services and tuneups that it created wait times of up to six weeks and prompted stores to have to turn away new customers to properly serve those that purchased bikes from them directly.

While we can celebrate this as a watershed moment in the cycling industry and getting millions more people pedalling on two wheels (let’s hope the bike trend sticks), with winter looming, all eyes are on snowsports equipment sales and in particular, backcountry gear.

None of us are sure as to how the upcoming winter will roll out with powder punters needing to reserve their days on the resort. It could be the 2010 Olympics all over again (one of the golden seasons for shredding, when you were more likely to run into stoked RCMP officers on skis than come across a crowded lift line) or it could be more crowded than ever with an understaffed mountain, limited terrain and no singles line. I’m optimistic that it’s going to be manageable skiing Whistler Blackcomb, but I’ll have my backcountry gear loaded and ready.

Backcountry equipment sales were already experiencing rapid growth in the years prior to the pandemic. The industry wasn’t caught with its pants downs as much as the cycling industry, but those factory closures in the spring will catch up with consumers this winter. If you’re shopping for size-sensitive equipment like ski touring boots, buy them now. If you just have to have a certain ski or binding to exude your own skiing radness, buy those now. If you’re not bothered with ski touring and prefer to Nordic ski or snowshoe, it’s probably worth buying those now, too.

It’s not just the pandemic that’s screwing with the gear supply chain, either. Earlier this month, Europe’s biggest ski manufacturing facility burned down in Mukachevo, Ukraine. The factory produced 130 models of downhill skis and 180 models of cross-country skis mainly for the Fischer brand, but also other recognizable brands such as Rossignol and Scott. None of those brands have revealed how much stock was actually lost, but you can bet your Epic Pass that this will have a knock-on effect to shortages with other brands.

The biggest concern here isn’t that people won’t be able to buy backcountry gear they want, it’s that the education won’t be able to catch up with the surge in backcountry travel. Avalanche Skills Training (AST) courses are already filling up, so don’t wait until we have a two-metre base before booking your spot. With snowmobiling and backcountry skiing quickly picking up steam, it’s going to be a busy year for search and rescue organizations. More on that another time.

Vince Shuley is making do with last year’s gear. For questions, comments or suggestions for The Outsider, email vince.shuley@gmail.com or Instagram @whis_vince.