Help for the summer can mean skills for life

As you wander around the resort, "hiring" signs are visible in many storefronts — though hopefully with university students returning home for the holidays some of those signs will disappear.
Apr 13, 2016 6:00 PM By: Clare Ogilvie 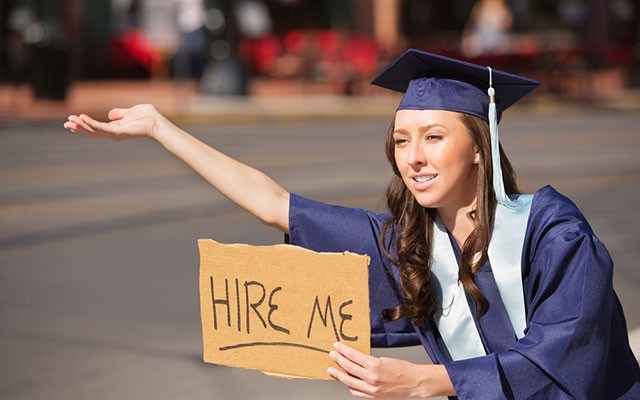 As you wander around the resort, "hiring" signs are visible in many storefronts — though hopefully with university students returning home for the holidays some of those signs will disappear.

Local high-school students will also be starting to look around for work — at least a few days part-time to help finance their ever-more expensive passions of bike riding, climbing, hiking and skiing next season, too.

And a silver lining for the business might just be the fact that the young adult will come back year after year to help you out in the busy summer months, and even at other busy vacation times.

Last week, of course, we heard that despite dire predictions, the government's employment report found the country created four times as many jobs as were forecast for the month of March — good news. That brought the unemployment rate down to 7.1 per cent, after hitting a three-year high of 7.3 per cent in February — full-time jobs were up 35,000.

But these numbers have little impact on young people when they can't get their foot in the door for a decent job.

According to a study titled "The impact of student debt" by Glenn Burley and Adam Awad, there has been an increase in the last two decades in the demand for advanced skills and training required to enter the workforce. This has led many high-school graduates to go to universities and colleges. Thanks to this Canada now has one of the highest rates of post-secondary education attainment in the world.

But that is of little comfort to the student looking for work to help stay ahead of the crushing debt post secondary can place on young people.

This same study found that from 1990 to 2014 the national average in tuition fees saw an inflation-adjusted increase of over 155 per cent. Today, students are graduating with student-loan debts of on average $28,000 for an undergraduate degree.

A recent report by TD Economics, quoted in the same study, estimated that a student who started studying in 2011 would spend $55,000 over the course of their degree if living at home. This figure would grow to $84,000 if the student lived away from home. The report projected that children born in 2011 can expect to pay $102,286 for their post-secondary education if they live at home and $139,380 if they live away from home while studying.

The total amount of student loan writeoffs has increased every year over the last several years. Nearly the entire $837.6-million total is the result of debts having passed the six-year legal statute for collection, according to a recent CBC story.

The Liberal government is coming through on its election promises for students to some extent. Students now don't have to start paying back loans until they are earning more than $25,000 a year. The Liberals have increased federal grants for low-income students.

The increased grant amounts will be available by the 2016–17 academic year costing $1.53 billion over five years followed by $329 million per year from then on.

And the Liberals are investing in youth jobs. In 2016-17, they are increasing the Youth Employment Strategy budget to $495.4 million, an increase of $165.4 million.

The idea is that funding will be used to create new green jobs for youth and to increase the number of young people who access the government's skills link program helping to transition them into the workforce.

For now, here at home, businesses can do their part and consider hiring a student for all or part of the summer.

These young people need to be challenged, and pushed, and given a chance because they are the future not just of Whistler, but of B.C. and Canada as well.