Human behaviour is at the root of orca plight

News about orca mother Tahlequah carrying her dead newborn for 17 days through the Salish Sea this summer was heartbreaking, and rightfully captured the world's attention. It highlighted the plight of one of Canada's most endangered marine mammals.
Nov 7, 2018 5:00 PM By: David Suzuki 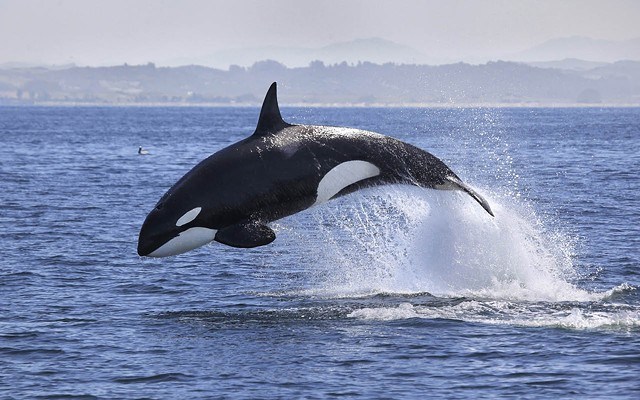 struggling The southern resident killer whale (orca) population has dropped by 25 per cent over the last two decades. shutterstock

News about orca mother Tahlequah carrying her dead newborn for 17 days through the Salish Sea this summer was heartbreaking, and rightfully captured the world's attention. It highlighted the plight of one of Canada's most endangered marine mammals. The southern resident killer whale (orca) population has dropped by 25 per cent in two decades. Just 74 remain, and none has successfully given birth in three years.

The southern residents' survival depends on chinook salmon, their primary food. In the Fraser River, one of B.C.'s most important salmon rivers, 11 of 15 chinook stocks are highly depleted and require conservation action. Habitat destruction, fisheries, contaminants, agricultural runoff, warming and acidifying waters from climate change, and disease threats from open net-pen salmon farms all play roles in chinook decline. Commercial and recreational fisheries compete with whales for salmon, and their presence, along with all ocean traffic, disrupts the feeding whales.

People nearly eliminated harbour seals from B.C.'s coast in the 20th century. Predator control and overhunting for the commercial fur trade brought populations to fewer than 10,000 in the 1960s. After seals were protected in 1970, numbers increased to near 1880s pre-exploitation levels, at about 110,000, and have remained stable since the late 1990s. Recovery of seal populations can be considered a good news story.

It's tempting to look for simple linear solutions such as a cull, but it's highly unlikely to have the desired outcome. The complexity of marine food webs requires a non-linear view that includes millions of ecological possibilities. According to one study, only four per cent of a harbour seal's diet is salmon, and an even smaller proportion is chinook. Seals eat all species of juvenile salmon, and only rarely the adult salmon recreational fisheries target. They also eat small fish, such as hake, which are major salmon smolt predators, as well as fish that compete with chinook. It's plausible that a seal's presence increases rather than decreases chinook numbers.

Transient orcas have been seen more often than their resident cousins in B.C.'s coastal waters over the past decade. Their population is thought to have increased to about 300. These orcas prefer to eat harbour seals, requiring the caloric energy of about one seal a day.

Many people calling for seal and sea lion culls also point to increased hatchery production as the best solution to plummeting wild salmon stocks. But during more than 130 years of West Coast hatcheries, fisheries have collapsed and wild salmon populations have declined. The proliferation of hatcheries between 1900 and 2014, among other factors, led to a 97-per-cent reduction of wild Puget Sound steelhead.

Pacific salmon are an adaptive species, capable of measurable genetic variations within 17 generations and able to adjust to the variable natural environments where they were born. Artificially selecting parents in a hatchery removes much of the natural selection necessary to ensure effective adaptation. The latest science also shows even short periods of time spent in an artificial environment changes hatchery fish, making them less fit for survival and carrying genes that may harm wild stocks if hatchery fish make it to spawning grounds.

Hatchery fish can never really be wild. Their presence can do more harm than good. Those that survive compete with wild fish for food, and in some cases may eat smaller wild fish. With more than five billion hatchery salmon released each year, concerns have been raised about the overall carrying capacity of the North Pacific Ocean and limited food supplies. Often the use of hatcheries results in a drive for more fishing to justify hatchery costs or to avoid taking necessary actions such as reducing catch and restoring habitat to rebuild wild fish populations.

Commissioner of the Environment and Sustainable Development Julie Gelfand called the federal government's measures to protect endangered orcas reactive, limited and late. Humans are the main threat to wildlife. We must take responsibility and change our destructive ways. If we want orcas and other species to survive, we should look in the mirror and change our own behaviour.