When I first interviewed Viktor Orban 25 years ago, he was an anti-Communist student firebrand whose whole purpose in life was to free Hungary from Soviet rule. But you can travel a long way in 25 years.
Feb 25, 2015 5:00 PM By: Gwynne Dyer 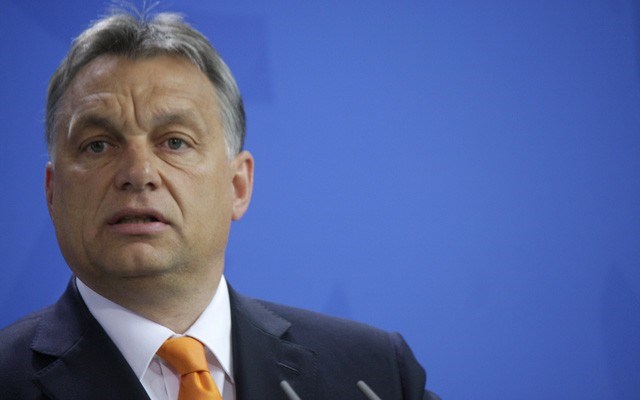 When I first interviewed Viktor Orban 25 years ago, he was an anti-Communist student firebrand whose whole purpose in life was to free Hungary from Soviet rule. But you can travel a long way in 25 years.

In 1991 Orban celebrated the collapse of the Soviet Union, but now he says: "We Europeans need Russia. We need sooner or later — rather sooner than later — a strategic alliance with Russia." Prime Minister Viktor Orban has become the odd man out in the European Union, putting a close relationship with Russia well ahead of any concerns about what is happening to Ukraine.

When Russia's President Vladimir Putin came to Budapest last week to sign a new contract for supplying gas to Hungary, Orban said: "We are convinced that locking Russia out of Europe is not rational. Whoever thinks that Europe can be competitive... without economic cooperation with Russia... is chasing ghosts." And Putin, standing next to Orban, said that the war in Ukraine was all the Ukrainian government's fault.

But it's not just a pragmatic decision by Orban to keep the country's main energy supplier sweet. (Hungary has also ordered new nuclear reactors from Russia.)  Other members of the European Union and NATO that also depend heavily on Russian gas have nevertheless condemned Putin's actions in Ukraine. Viktor Orban has been on a philosophical journey, and it has delivered him to a strange place.

In a speech last July, he declared the Western democratic model dead and argued that authoritarian regimes like those in Russia, China and Turkey pointed the way to the future. "We have to abandon liberal methods and principles of organizing a society," he said. "The new state we are building is an illiberal state, a non-liberal state, because liberal values (in the West) today incorporate corruption, sex and violence."

Orban is not just talking. Since the 2010 election he has had a two-thirds "super majority" in parliament that lets him amend the constitution as he likes. (Theoretically the Supreme Court might overrule him, but he has also chosen 11 of the 15 Supreme Court judges.) New media laws have turned public television into a government mouthpiece, and he has ruthlessly gerrymandered electoral boundaries to guarantee victory for his Fidesz Party.

Other familiar elements of authoritarian nationalist regimes have also begun to appear in Hungary. Non-governmental organizations are under attack as foreign agents, and foreign-owned banks are to be partly nationalized. Land leased by foreigners any time in the past 20 years must be returned to its Hungarian owners. Every one of these arbitrary changes creates opportunities for corruption that rarely go unexploited by those close to the regime.

The problem has grown so severe that last year the U.S. government, in an initiative unprecedented against an EU member country, blacklisted 10 Hungarian officials, banning them from entering the United States on the grounds of corruption. And President Barack Obama, discussing corrupt, authoritarian governments, bracketed Hungary with Azerbaijan, Russia and Venezuela.

Victoria Nuland, the U.S. assistant secretary of state for European affairs, went further, asking Orban "How can you sleep under your NATO blanket at night while pushing 'illiberal democracy' by day, whipping up nationalism, restricting free press, or demonizing civil society?" But she asked him from a safe distance (Washington: about 7,000 km.), and he didn't bother to reply. And the Hungarians went on voting for him.

Yet in last April's parliamentary election, Orban's "big tent" Fidesz Party won two-thirds of the seats in parliament again (though only by one seat this time). In the European elections in June they won 12 of Hungary's 21 seats. And in local elections in October, they won 19 of Hungary's 21 larger towns and cities, including the capital, Budapest. Why do a majority of Hungary's 10 million people go on voting for him?

Well, actually, they don't. In the April parliamentary elections, 2.8 million people voted for other parties, and only 2.3 million for Fidesz. But the opposition parties are weak and divided (except for the neo-fascist Jobbik movement, which has 14 per cent popular support). Fidesz wins partly by gerrymandering, and partly by default — but that's good enough for Orban, who enjoys his position as an illiberal yet democratically elected strongman.

Orban is a skilled demagogue, and Hungarians are as susceptible to nationalist rabble-rousing as any other people. But he cannot be completely secure so long as the democratic electoral system survives; a big enough swing of public opinion against him would win even despite the gerrymandering.

He has no immediate worries: the next parliamentary election is not due until 2018. But last Sunday Fidesz lost a single by-election, and suddenly its "super majority" in parliament vanished. Viktor Orban said it didn't matter, since he had already pushed through all the constitutional changes he wanted, and for the moment that's probably true.

However, if dissatisfaction with his rule continues to grow (he's now being called the "Viktator"), he may one day wish he had it back. Just in case he needs to change the constitution again.