In the land of Oz

From an Australian natural history volume on the Snowy Mountains: "You can see in the snow gum an expression of the different moods of these mountains: desperately clinging to an exposed slope in the face of blizzards, umbrageous and welcoming in a s
Jun 10, 2019 2:00 AM By: Leslie Anthony 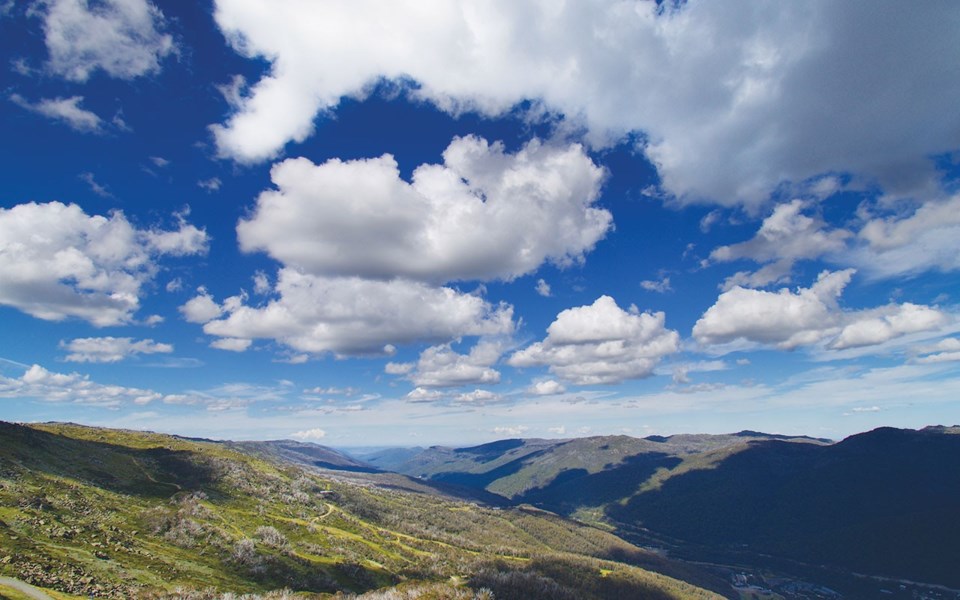 From an Australian natural history volume on the Snowy Mountains: "You can see in the snow gum an expression of the different moods of these mountains: desperately clinging to an exposed slope in the face of blizzards, umbrageous and welcoming in a sun-filled valley; ghostly and insubstantial in rain and mist. The curving, variegated trunk and gesturing branches place it among the most graceful of the eucalypts... few would complain at the near monopoly of such a beautiful tree."

Except, of course, ignorant Canadians trying to ride from Mt. Kosciusko, Australia's highest point, to the ocean. Whistler's trails may be flocked to by our Aussie cousins, but one of my earliest mountain bike expeditions was to the Land of Oz, where the gums had almost gotten to me.

After hours grinding around above 1,500 metres in Kosciusko National Park in the southeast corner of New South Wales, with nothing in the viewfinder but the emaciated sprigs of broccoli known as snow gums, and an equally forlorn understory of grasses flattened by the previous winter's snows, I'd unconsciously blurted More gums! to no one in particular after cresting another ridge.

Only later would I come to appreciate the eucalypt hegemony—an indoctrination that involved up-close viewing of thousands of snow gums. Plus mountain gums, white gums, red gums, blue gums, river gums, monkey gums, gum gums, and gums in disguise—code-named things like white ash, silvertop, black sally, stringybark, messmate, and brownbarrel. Variations cribbed by time from the same DNA, now leading upright lives of their own to the continental exclusion of any other major tree group.

You could get downright evangelical about such impressive ecological dominance, painting mountain biking here as akin to a Rolling Church of the Holy Gum.

The previous day, we'd hiked to the summit of 2,225-metre Kosciusko. Though early "mountain bikers" rode and pushed cycles 100 kilometres through snow to the peak in the 1890s, current national park policy prohibited riding anywhere near it, and the deep snows of spring made a carry impractical. So, we'd skied off Kosciusko, following the steep slope below its southern spur and skirting Lake Cootapatamba in Rawson Pass, supposed route of those historic cyclists.

Now, finally, we were on our bikes, contouring a ridge above the Nungar Frost Plain, a barren basin that, by trapping cold air, created topsy-turvy hills where trees covered uplands and lower slopes remained bare. On Blanket Plain, frogs called in icy air from puddled bogs while a cold wind sent previously hidden wallabies swarming through the glades ahead like stuffed toys on pogo-sticks. The final kilometres tumbled downhill through towering mountain ash, the frequent berms creating high-speed jumps.

Our ride over the massive escarpment girdling Australia's east coast began in remote Wadbilliga National Park at the edge of the Monaro high plain. As we neared the windswept crest of the Kybean Range, forest faded to heath as sun played over rust-colored dwarf casuarinas. Wedge-tail eagles hovered in updrafts while lyre birds called from the swaying edge of a dark coastal forest.

Views to the Brogo Cliffs and peaks of the Razorback hovered across a deep chasm to our right. As we made a final turn toward the coast, the vegetation changed quickly, segueing to a tropical cloud forest of towering tree-ferns and gift-wrapping vines. Lizards were legion: enormous goanas charged across the trail, skinks clamoured over river logjams, and water dragons plied the rock faces of a small gorge.

At Wonboyn Lake, the scene was almost tropical, with the shrill calls of rainbow lorakeets, king parrots, wattles, and sulphur-crested cockatoos. Indeed, Australia's bird fauna is among its most stunning attributes; in the high country, kookaburras had dotted balconies at ski-area condos while rosellas—red, blue and green mountain parrots—were everywhere, swooping down from gums, vibrant against the snow.

In Nadgee Nature Reserve, we cycled up Tumbledown Mountain to overlook Newton's Beach—a spectacular strand book-ended by sea cliffs and sweeping headlands. Captain James Cook first viewed Australia here as he sailed past in 1770, commenting in his log that the land "... had a very agreeable and promising aspect." But brief observations by a passing mariner didn't do justice to the righteous singletrack cutting through aromatic brush above towering bluffs, bisected by deep-ravine downhills through lush vegetation.

On the beach, ghost crabs flashed across dingo tracks that led over red sandstone to dens packed with howling pups. Shadows wavered through shoreline fog from a forest of phantasmagorical trees with seed cones imbedded in the middle of branches—giant lizards, giant kangaroos, giant snags, and giant views of lush offshore islands. The Tasman Sea swept away to the horizon, melding with the Pacific somewhere out of sight.

We'd started hundreds of kilometres away on the cold-hearted summits of the Snowy Mountains and, like all life, returned to the sea—if only for the weekend. Surf pounded below as we rode the scrub of the Nadgee headlands, a lone tree looming from the mist as the smoke of a fisherman's campfire wafted a final trace of eucalypt seaward.

Incense in the Rolling Church of the Holy Gum.