In 1998 Whistler turned down David Strangway's proposal to build a private university on a 100-acre site south of Alpine Meadows.
May 2, 2012 9:00 PM By: Bob Barnett 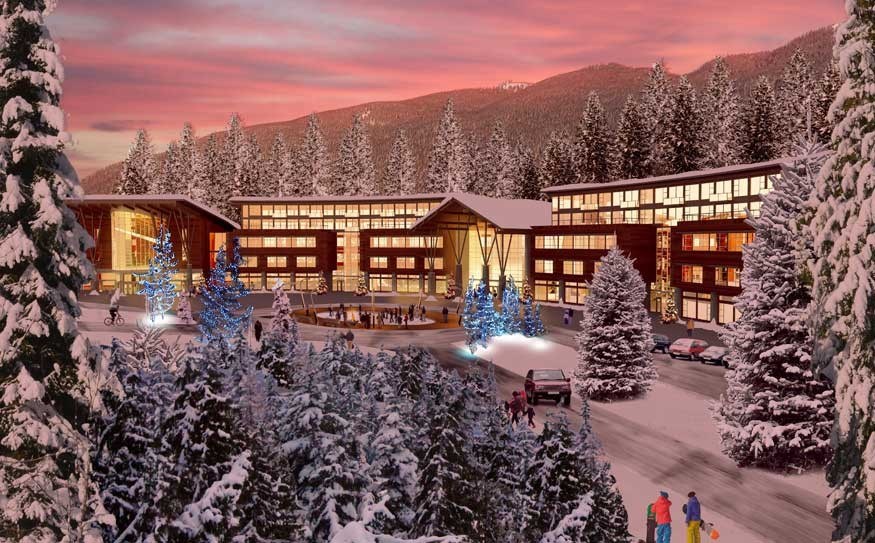 In 1998 Whistler turned down David Strangway's proposal to build a private university on a 100-acre site south of Alpine Meadows. The decision was made largely because the development that came with the university was more than what Whistler had planned for or wanted. In addition to a university for 800-1,200 students it included building housing for 2,000 people and selling that housing to help finance the project.

Whistler council "worked hard with the university proponents, but felt they were asking for too much," Mayor Hugh O'Reilly said at the time.

About eight years later, another university proposal surfaced, on the Alpha Lands, property owned by the Zen family and situated on the west side of Highway 99 between Function Junction and Spring Creek. Various development proposals for the land had been floated prior to the university concept. And although the university has been discussed for the past six years, it wasn't until last month that a formal rezoning application for Whistler U was submitted to the municipality.

Several studies have been done of the 77-acre Alpha site, which includes sensitive wetlands. The studies suggest that development can be contained to benches on the site and done in a way that won't impact the wetlands. The university proponents say approximately 50 per cent of the site is developable, but their proposal would use a maximum of 30 per cent of the site, or 23 acres. Nevertheless, former mayor Ken Melamed was dead-set against any development on the Alpha Lands.

The new Whistler council has stated repeatedly that it is "open for business." Two weeks ago, when Whistler U's Doug Player formally presented the university concept to council, Mayor Nancy Wilhelm-Morden said she was "very happy that the rezoning application is now in the hall."

It will be at least a few weeks — perhaps months — before municipal staff work through the rezoning application and present a first report to council. In the meantime, the Whistler U proposal brings forward some important issues that are due for fuller discussion. These include:

The problem, for council and anyone else interested in Whistler's future, is these issues are brought forward as part of a development proposal, rather than as issues themselves. Without the benefit of a full dialogue on the bed unit cap or economic diversification council will likely have to decide whether the current university proposal sinks or swims.

Whistler has set markers, in the form of "descriptions of success," that help guide decisions and shape the future. They are found throughout the Whistler 2020 document, the distillation of task forces and public input that has been held up as the community's plan for "the premier mountain resort community as we move toward sustainability." And the Whistler U proposal fulfills many of these descriptions of success to a T.

But aside from candidate Kristi Wells raising the issue during the 2008 municipal election we haven't really had a discussion about the bed cap, even though people who participated in the current OCP review showed little interest in increasing the cap.

The same could be said of economic diversification. Elements of the discussion can be found in Whistler 2020 ("Whistler proactively seizes economic opportunities that are compatible with tourism, and effectively adapts to changing external conditions") and the OCP review but the public hasn't been invited to discuss the issue directly.

"Whistler U's concept will serve the Resort in three primary ways. The first is to serve the local population by providing programming that addresses the needs of the local population base including unique approaches for First Nations students. The second is to meet the objectives of Whistler's 2020 Plan by creating a world class learning campus that will specifically address both the five priorities in the vision and the eight success descriptors in the learning strategy. The third is to bring a much needed secondary industry to the resort that will contribute to a sustainable future in an environmentally friendly manner."

Contrastingly, former mayor Melamed — an authority on Whistler 2020 and strong proponent of it — felt Whistler U didn't measure up to Whistler's descriptions of success. These conflicting interpretations are why a fuller discussion is needed.

It is ultimately council's job to respond to proposals in a timely manner and make these kinds of tough decisions. But at the moment it appears the fate of the Whistler U proposal will be made without the benefit of a larger, public discussion on the roll of education and economic diversification within Whistler and whether we're willing to trade further development to have them.