In a recent essay for National Geographic, environmental prophet Bill McKibben challenged readers to rethink their life goals. “More stuff is not making us happier,” he wrote. “What we really seem to want is more community.
Jan 18, 2008 8:36 AM By: Michel Beaudry 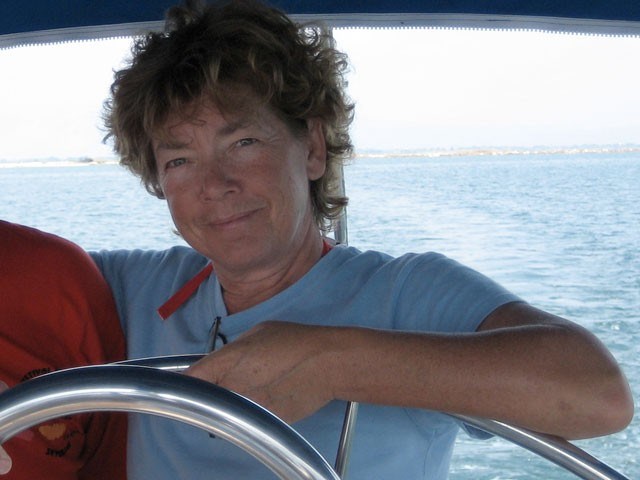 In a recent essay for National Geographic, environmental prophet Bill McKibben challenged readers to rethink their life goals. “More stuff is not making us happier,” he wrote. “What we really seem to want is more community.”

Asserted McKibben: “Standard economic theory has long assured us that we’re insatiable bundles of desires. That may be true, but more and more it feels like our greatest wish is for more contact with other people.”

Community. In a small/big town like Whistler, becoming part of the community can mean the difference between survival and dissolution; setting down roots and pulling up stakes. Feeling that you’re part of something — feeling that you could have a role to play over the long term — is the social glue that can bind a family to a place for many generations.

“Funny you should say that,” smiles Irene Whitney. A bundle of energy – youthful, enthusiastic, enquiring, humorous, knowledgeable, self-deprecating – the fifty-something Whistlerite knows all about creating community. Whether in a sailboat or on the side of the hill, teaching new volunteers their ski official duties or opening her home to friends from distant lands, Irene and her husband Al have made it their life work to share the things they love with family, friends and acquaintances.

And they do it with an open-ended generosity that is truly inspiring to behold.

“When we first moved to Whistler in 1987, we decided to buy a place in the Benchlands,” recounts Irene. “Some of our local friends thought that was a bit of strange choice. They couldn’t understand why we’d want to buy a condo so close to the mountain. It was so public, they said. It would be like living in a fish bowl.”

She laughs, a quick staccato burst of happy vigour. “Well, we’d just spent the last seven years living and working on a charter sailboat . It’s a very social lifestyle, you know. And we wanted the same thing for our mountain home. We liked the fact that people could ski by our new place and drop in for a beer. To us, that was a benefit.

“I guess it’s just the way we are. Our first New Year here, I think we had 12 guests staying with us. It was crazy. But it was so much fun…”

And how could it not be? A second-generation Victorian – a rare breed in itself, she says – Irene Whitney has always marched to the beat of her own drummer. “It’s something that Al and I realized about each other from the very beginning of our relationship.” A quick smile passes across her features. “We both preferred the path less travelled. “

Her story sounds like something out of a girl’s adventure novel.

“I grew up in Victoria – which is very similar to growing up in Whistler,” she says. “Tourist town, outdoors-focused. Only instead of the mountain, you have the sea.” Another smile. “One major difference is that you don’t have to shovel snow there…”

After graduating from high school, Irene decided to check out the bigger world beyond Vancouver Island. “I didn’t want to get tied down,” she says. So she bought a cheap flight to England.

“I think it was $99, or something like that. But there was no return.”

In the way it can only happen if you’re bold and take chances, Irene eventually found herself working in Paris as an au-pair. She immediately fell in love with the culture and spent nearly two years in France.

“Paris is like my second home,” she says. “I learned the game there. Learned how to live like une vraie Parisienne.”

Her French sojourn confirmed her love of travel. “I decided if one day the time came that I had to get a real job I might have fun teaching languages. It’s all about travel after all. So I returned home, enrolled at SFU and landed a great job at a school in North Van.”

But things were about to change for Irene, and change dramatically. For in the meantime, she’d met this tall good-looking instructor from SFU who liked to do all the things that she liked to do – camping, hiking, climbing, sailing – and seemed as addicted to adventure as she was. Love blossomed.

Over the next couple years they travelled to different parts of the world. Irene worked as a group leader in a youth program while Al sailed across the Atlantic. And when they met again, Irene remembers, “we talked about our travels, about what really mattered to us. Before long we were creating sailing adventures to introduce people to the wilderness of the B.C. coast. We wanted others to see the magnificence of this coast before it got destroyed by logging, and to encourage them to have a voice, to make a difference.”

They outfitted a 45-foot sailboat in 1980, christened her the Darwin Sound and led paying guests on sailing adventures up the coast, and among the Queen Charlotte Islands. “We had no business cards, no real business plan. We created a schedule for the summer and people were invited to join us for a week or two throughout the season.

“Our business wasn’t about making money, that’s why it was called a lifestyle business . It was about living well, sharing a sense of wonder, learning to expect the unexpected, seizing the moment, enjoying the adventures and opportunities that can be created out of inconvenience or adversity — and I think our guests appreciated that about us.”

Meanwhile, their family was growing. “At first, I really didn’t want babies. I thought I would rather climb a mountain or round the Horn in a sailboat. I really didn’t know what being a parent would be like. But then we thought, why not, it could be a fun adventure.”

Charlotte, their first daughter, was an illumination. “She was just the best thing,” asserts Irene. “So flexible, so wonderful. She quickly became a part of our sailing community, helping us guide guests from a very young age” Their second daughter, Victoria followed five years later. “Well, you know,” another chuckle escapes, “we didn’t want Charlotte to become this weird single child, so we had another. And she turned out pretty well too…”

Life for the two girls was nothing even close to conventional. “Toria spent three summers living on beaches in the South Pacific, wearing virtually no clothes and paddling the local kids’ dugout canoes…” A long pause. “But seriously, both girls had remarkable early life experiences, both witnessed real adversity, many outstanding natural phenomena, and were a part of earning the family income. It was a great school to grow up in.”

The Whitney family sailed some of the most exotic waters on the planet, from 80 degrees north in Spitsbergen, to Cape Horn where the Atlantic and Pacific oceans collide.

Most winters they returned home to Whistler. “People always ask me: ‘You’ve sailed around the world. What’s your favourite place?’ For me, it’s never changed. I love the B.C. coast. Sure, you’re wearing four layers of fleece and you’re wet most of the time, but it’s just so wild and beautiful. I can never get enough of it.”

But they did get enough of the touring business. In the fall of1999, after a crossing of the North Pacific and with the two girls heavily involved in ski racing, the Whitneys decided to accept an offer on their boat and upgrade from a condo in the Benchlands to a small chalet in Alpine Meadows. “It was time,” says Irene. “We needed something bigger.”

Yet I can detect an undertone of discomfort here. For though the renovations they made to their new home are both tasteful and relatively modest, Irene still has a boater’s mindset when it comes to habitable space. “I can’t help but feel that we have way too much stuff here,” she says. ‘It’s not necessary.”

Which brings us around full circle to the subject of community and Whistler. “We love this place. We love to contribute. It’s an incredible community – healthy, active, outgoing. Still, I’m not sure we’re on the right path now…”

Meaning? “I moved here for the mountains, to be outdoors,” she says, “not for an urban lifestyle. You see, every time we build more stuff in this valley, we break one more link in our connection to the natural environment. And that scares me.”

Excess is getting the upper hand, she says. Blame it on whomever you want, but we are all guilty to some measure. “Let’s remember where we thought we wanted to go,” she suggests. “People originally moved to this place for a very specific lifestyle. We didn’t have a lot of structure. But we had a great community. Now, it seems, it’s getting to be more about financial gain than quality of life.”

Her suggestion. “We have to stay true to the original spirit of this place. Whistler isn’t about building more shopping malls. It’s about providing unforgettable mountain experiences. We have the opportunity here to really touch people (both residents and guests) – to really offer them life-changing moments.”

She sighs, and looks at me with a sad smile in her eyes. “Let’s not squander that opportunity.”