Jordan Glasser: Stepping up the commitment

"You only regret the decisions you don't make." - Jordan Glasser It was the trip to Snowbird that did it. The fierce Wasatch Mountains. The deep fluffy snow. The unbelievable feeling of dropping big vertical with no lifts in sight.
Feb 20, 2009 7:34 AM By: Michel Beaudry 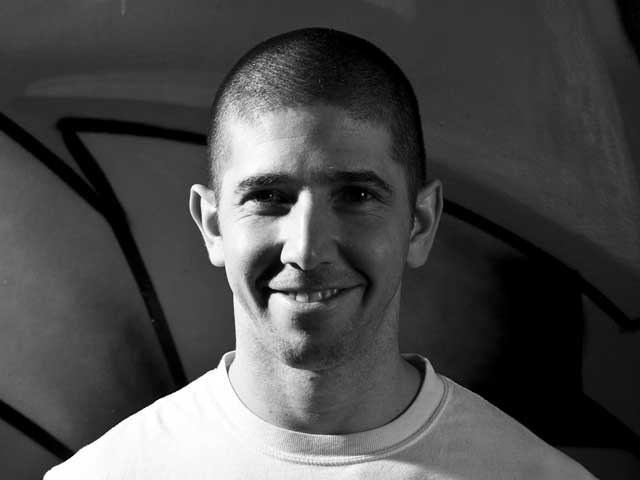 "You only regret the decisions you don't make."
- Jordan Glasser

It was the trip to Snowbird that did it. The fierce Wasatch Mountains. The deep fluffy snow. The unbelievable feeling of dropping big vertical with no lifts in sight. It was love at first sight; and the young teenager from Montreal's West Island was totally smitten. "That was a defining moment for me," says Jordan Glasser, the 32-year old owner/operator of Crossfit, Whistler's newest training facility. "I had no idea..." And then he laughs. "Sure, I'd skied five or six times in the Laurentians before, but never in my wildest dreams could I have imagined what real mountain skiing looked like. I was speechless." A long pause. "Suddenly Montreal felt really small to me."

That ski trip to Utah with his uncle would change Glasser's life forever. "Up to that point, I was a hockey guy," he tells me with that engaging smile of his. "Learned to skate at three, started playing the game at five." But at 5'6" and 140 pounds soaking wet, Jordan knew his dreams of hockey greatness were just that - dreams. "Those were the years when they were looking for the next 14-year-old Mario Lemieux," he chuckles. "I was tough but I just didn't fit that picture."

So just like that, Jordan switched his allegiance to snowboarding. "I bought a Kemper Freestyle and a pair of Sorel boots," he recounts. And then erupts in a great happy burst of laughter. "My ankles could still tell you exactly what that felt like."

But the die had been cast. Hockey was no longer front-of-mind for the young Montrealer.

I first met Jordan more than a decade ago. A member of Mike Varrin's team at Merlin's at the time, the newcomer immediately struck me as a solid, dependable kid who could be trusted to get things done with a minimum of fuss and bother. But it was his smile that really stayed with me. No matter what happened, no matter how tense things got behind the bar, Glasser seemed to be able to keep a happy grin pasted across his face 24-7. "It was so much fun," he says of his early years at Whistler. "Everyone was your friend. The paranoia and nastiness of big city living was totally absent in those days."

Much has changed since then. Whistler is far more urban than it was in 1995. And Glasser has become an entrepreneur with money worries and mortgages and all sorts of big city concerns. But he's never lost his smile. "I believe it's all the relationships that I've created over the years that makes me who I am," he explains. "I don't really believe things happen by chance." Another pause. Just a bit of a chuckle. "I don't see as many of my friends as I used to," he continues. "I just don't have the time to party anymore. But they look at me now and say: 'You did it.' And that feels really good."

It should. Although he's always presented himself as an easy-going, carefree kind of a guy, Glasser has the energy and organizational skills of a much more buttoned-down personality Consider his second trip out west.

"The summer I turned 17, one of my friends came up to me and said 'We're going to Banff. Wanna come?' And I said 'What's Banff?'" He laughs. "I'd never heard of the place, but I was keen to go anyways." Alas, his parents had other ideas. "My parents told me: 'You aren't leaving Montreal unless you have a job.'"

Fine then. Jordan would find himself a job first. "So I wrote a letter to the McDonald's in Banff, they offered me a job right away, and my folks had to let me go." A quick smile. "That was the great thing about them. They always kept her word..."

Two things happened in Banff that summer. "The Rockies was the rekindling of my love affair with big mountains," he explains. "And Whistler came up on my radar. Year-round skiing and snowboarding? I decided then and there that I had to get myself some of that. My whole focus became: how can I get to Whistler?"

His last year of high school seemed to stretch interminably. But by the summer, Glasser was finally on his way west. "I left without a job or a place to stay (I was a year older, so my parents figured I was able to take care of myself now)." He still remembers well the bus trip up from Vancouver. "My jaw was wide-open the whole way," he says. "It was totally intriguing to me: on one side was the Pacific Ocean and on the other side were these huge mountains. I just couldn't believe the scenery."

Like many before him, Glasser spent his first night at Whistler at the infamous Boot Pub. "Yep," he says. "The Shoestring Lodge. It was quite a night." Still, he was amazed at how connected everyone seemed to be already. "I couldn't really put my finger on it at the time. But everybody was your friend. From the guy who checked you in at the hotel to the stranger you shared a room with. Didn't matter whether you were rich or poor, didn't matter whether you were a high school dropout or had a masters in literature, everyone was equal..."

Jordan soon found a job with Blackcomb Mountain. "I was a cook at Wizard/Merlin's," he explains. "I prepared all the breakfasts for the ski camps." And rode his buns off on the glacier during his time off. "I lived like a king," he says. "I was living my dreams."

For the next few years, Jordan would flit back and forth between Montreal and Whistler. "I had to finish CEGEP," he says. "Even did a semester at Concordia University. But at school I was chasing someone else's dream. Not mine." His dream was to settle down in the Coast Mountains. "It's weird," he says. "After the age of 18, the people I grew up with in Montreal stopped being active. Their jobs - their schooling - defined them now. But I was different. I wanted to stay active." With time, Jordan found he had less and less in common with his old buddies. "At 20, I finally decided that Whistler was where I wanted to be." He laughs. "My mind and spirit were definitely over here..."

Glasser worked at Merlin's for six years. "I've got great memories of those years," he says. "From the early Extremely Canadian parties to the hot tub parties on the patio to the endless amount of people I call my best friends to this day."

It was also during this time that he came under Mike Varrin's tutelage. W/B's bar-manager extraordinaire, Varrin was the right mentor at the right moment. "Mike connected the dots for me," explains Jordan. "He took the randomness out of my lifestyle and brought some perspective to it with his offbeat philosophies that at the time didn't always make sense to me but now I realize are really the blueprints for success."

Like? "Mike was always a step ahead of the crowd," he says. "He'd drop lines like 'Choose your attitude' and 'I'm having the best day ever.' His message was all about the importance of making a good impression on people." He pauses for a moment. "I want to use the word 'networking'. But it goes way beyond that." Another pause. Another guileless smile. "If there's one major thing that Mike taught me," he says, "it's how to establish a relationship with each person you say hello to."

The student quickly applied the lessons he'd learned at the foot of the master. From Merlin's, Jordan moved on to Milestone's, then Caramba! and finally Sushi Village. "During those years, I was really questioning what I wanted to do as a career," he admits. "It was time to start thinking long term instead of hoping I'd make good tips that night."

Jordan knew three things about himself. "First of all, I wanted to work with people. Secondly, I derived great satisfaction from helping others. Finally, I knew that if I was passionate about something, I could be successful at it."

So he decided to take a chance. "I'd started getting into health and fitness instead of drinking and debauchery," he says with a laugh. "And I could see positive returns immediately. So I thought to myself, 'Can I make a career out of this?' Sure I could. So I decided to take it to the next level and get myself some fitness-trainer credentials."

What followed was an amazing journey that took Glasser to Seattle for a year - "I needed to find a place that was close enough that I could stay in touch but far enough for me to stay focused on my courses." - and ultimately, to the opening of his new Crossfit facilities at the base of Creekside. Describing the program as "gym class meets the weight room," Jordan's eyes light up with the zeal of a true believer. "It totally fits the Whistler lifestyle," he says of the Crossfit philosophy. And laughs. "It's kind of like Fitness ADD. It's all about playing and competing and learning new physical skills."

A great concept, for sure. But is it working? Is Jordan actually making ends meet? "It's harder than hell," he admits. "I'm scared, excited, happy, nervous. I mean, somebody could come along tomorrow and do what I do better and immediately put me out of business. Still, I don't regret a second of it. I've brought this new culture of training to Whistler and it's already impacted so many people in so many ways..." He sighs deeply. But there's still that happy smile lurking in the background. "Even if the business fails," he says. "I'll still consider my venture a success."