Some people think that Whistler is ruined. That greed took over the story and smothered the adventurous spirit that once made this valley such an outstanding place to live. "Too much too fast," they say.
Jul 18, 2012 9:00 PM By: Michel Beaudry 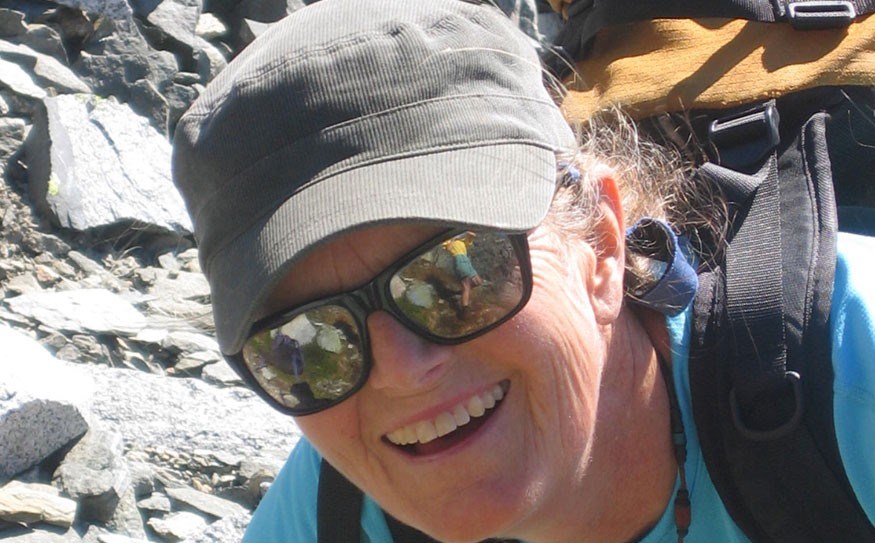 Some people think that Whistler is ruined. That greed took over the story and smothered the adventurous spirit that once made this valley such an outstanding place to live. "Too much too fast," they say. "Too urban, too corporate, too star-bedazzled now." The little-mountain-town-that-could, they argue, has morphed into a bloated exurb of Vancouver. No humour, no soul, no place for eccentrics and outlaws anymore: just another crass tourist town to tick off your list. Next...

But talk to longtime local Kashi Richardson, and a whole other narrative emerges. "From my perspective," she says, "the Whistler community is just as vibrant and supportive as it's ever been. This might just be anecdotal, you know, but I'm hearing about lots of young families moving back to Whistler. And that's so exciting. This town still has a youthful vibe, a sense of fun ... it's a place that kids still want to visit ... a place where multi generations can have a great time playing together. Just look at our Loonie Races and skiing and snowboarding and hiking and..."

She stops. Takes a breath. Fixes me with sea-blue eyes that have seen Whistler negotiate nearly half a century of growth and change. They say a lot those eyes. Patient, kind, calm — framed by deep laugh lines enhanced by years in the sun and wind and rain — they gaze out at the world with uncommon clarity. So I make sure to listen closely.

"This was — this is — an amazing place to raise children," she continues. "And now, I think probably because of all the resident-housing that's come available in recent years, a lot of young couples who might once have opted for Pemberton or Squamish are finding homes here." A long pause. "And when all is said and done, that may be our biggest Olympic legacy." She stops again. Laughs. "And the 'oldtimers' are hanging around too! At one of my recent yoga classes we calculated something like 350 years of combined Whistler life among the participants. "

Hold on. Before we deal with yoga-teacher Kashi, it behoves us to catch up on her back-story. Don't you think?

She was born in Nova Scotia. Moved to Vancouver when she was nine. "I think I was eleven when I first skied Whistler," she begins. "That was 1965, before the mountain was open to the public. And as I remember it, it wasn't a lot of fun. " She laughs. Like most Lower Mainland kids, she and her older sister and brothers had learned to ski at Mt. Seymour. But this new mountain offered a whole new level of difficulty. "It was December as I recall," she continues. "And the only lift running was the gondola. So that meant we got to ski from mid-station down to the garbage dump on the north side of the mountain — where Whistler Village is now."

The run itself was little more than a clear-cut trail through mountain bush. And the young pre-teen quickly found herself in over her head. "I was hardly a skier," she says. "I snowplowed all the way down." More laughter. "The lid was on, you know. Typical Whistler December day — grey and nasty — you couldn't see a thing." Fortunately, she adds, it was a one-time descent ...

But something must have clicked on that run anyway, because once Whistler Mountain opened for real, she and her siblings became regular customers. "Because my parents weren't skiers," she explains, "we'd ride the train up to Alta Lake and stay at the Cheakamus Inn." She sighs. "It's amazing, you know, my parents would let me come up on my own when I was still only thirteen." Her memories of that time include "bluebird spring days, skiing in t-shirts and cut-off shorts and having a ball."

Whistler was a long way from anywhere in those days. "There was a wild and untamed allure to the Whistler experience," continues Kashi. " Everything was an adventure — the access, the weather, the mountain... even the terrain." The last, she says, offered the biggest challenge of them all. "Ice, crud, mountainous moguls, powder — you'd get to ski everything, and sometimes on the same run! There were no frills on Whistler Mountain, no easy way down."

Even going to the bathroom was an adventure. "I still remember walking down that deep, dark tunnel to the Roundhouse's outhouse," she says. And then she smiles. "But Whistler was such an exciting place to be. It made you feel so small. I mean, think of it — you could still ski untracked powder a week after the snow fell."

It was when her older brother bought his own place at Whistler in 1968 that Kashi became really connected to the mountain. "Now we drove up on most weekends," she recounts. "And that too was an adventure. Driving over logging roads, crossing the makeshift 'bridge' over the Daisy Lake Dam, even blundering your way through a tunnel of snow — the trip up was just as demanding as the skiing."

And of course there were the regular road closures. "We'd always hope it would close on Sunday afternoons. That way we wouldn't have to go back to school..."

A strong skier by now, Kashi was soon introduced to the mountain's offpiste wonders. "Oh! The hiking in those days..." She sighs. "There was so much great terrain, and so easy to access. Traversing to Boomer Bowl and the Gunbarrels, hiking up Little Whistler or even up to the Peak — and then skiing all the way down to the valley through the trees. And of course, there was always untracked snow to ski on. Such a great mountain."

She met her future husband, Bob Daniels, when she was only sixteen. "He was the handyman at the Cheakamus Inn," she tells me. "And he had this long blonde pony tail down his back..." She laughs at the memory. "He was definitely good looking. But he was much older than me." Turns out this Bob guy worked with a good friend of hers, Charlie Davies. And they were on a mission. Oh, and the year? 1970...

"It was Christmas time," continues Kashi. "And that day's mission was to go out in the forest and cut down a Christmas tree for the Inn. So I decided to go along for the ride." She grins. "It was so much fun. I mean, you couldn't possibly come back with a Charlie Brown tree for the lobby of the Cheakamus. So we had to go deep." Her grin turns to chuckles. "But the bush was so close in those days. 'Deep' meant venturing a few steps off the beaten path..."

The early 1970's were exciting years at Whistler. But you had to be self-reliant. "I remember going to a summer Burner Party in Soo Valley — where the party was actually in the mill's old burner." Lots of high jinx, there she says. But getting home from the bacchanal was a whole other issue. "We walked all the way home to Creekside that night," she says. "In those days, you'd get picked up hitchhiking for sure if a car went by. But cars were rare — especially late at night in summertime. "

Love didn't happen right away. But eventually Bob and Kashi became an item. For a while they lived in Vancouver. "But then we got robbed," says Kashi. "We'd had enough of the city by that point anyway. So we decided 'let's go back to Whistler!'" It was 1977. The young couple had made their choice. From now on, Whistler would be their home.

This was before the village was built, of course. And back then the heart of community life was on Alta Lake. "In the summer, says Kashi, "you'd paddle to friends' houses for dinner or a visit. In the winter, you'd ski or skate. I remember watching Jan Tindall going to her job at the old Keg paddling her canoe."

As for finding work, it was slim pickings. "It was all about survival in those days," she says. "You had to figure out how to make it financially — nobody was going to do it for you." But Bob and Kashi had an idea. Before returning to Whistler, they'd completed an 18-month journey through South America and that trip had triggered some new experiences. "It was so exciting to travel on public transport," enthuses Kashi. "I quickly realized on that trip that that's where you meet people, that's where you connect with local culture."

Whistler, they decided, would be the perfect place to launch a modest transportation business of their own. "So we bought a van," continues Kashi, " got the licensing from..." and she sighs heavily here, "... all three levels of government and started a shuttle service to Vancouver Airport, a taxi service around the valley, and charter trips anywhere in the province." She smiles. "We'd even take groups of Whistlerites to town for concerts..."

The business was called Snow Goose, and at its height Bob and Kashi's colourful school busses were carting 150,000 people a season from the garbage dump to Creekside. "People parked at the bottom of the gondola," she explains. "But they wanted to ski the wilder northside. So we'd pick them up at the bottom of the run and take them back to their cars."

Next week: Kashi and Bob sell their bus business, build a home at Tapleys, travel the world, and raise two dynamic Whistler kids.