Ken Melamed: A mayor on a mission

He grew up far from the mountains. Didn’t know much about snowsports at all. “We didn’t do winter sports in Philadelphia,” insists Whistler Mayor, Ken Melamed with a straight face.
Nov 9, 2007 1:23 AM By: Michel Beaudry 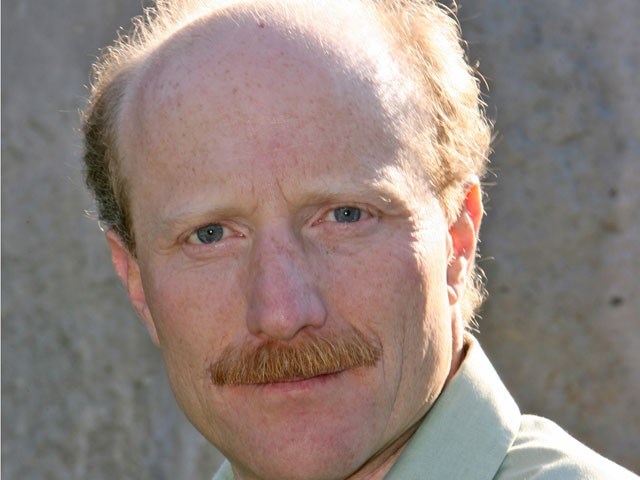 He grew up far from the mountains. Didn’t know much about snowsports at all. “We didn’t do winter sports in Philadelphia,” insists Whistler Mayor, Ken Melamed with a straight face. What? One of the most passionate mountain guys I know — a pro patroller at Whistler since the late 1970s — and he didn’t know snow as a kid?

Turns out Ken’s peace-activist parents were far too busy demonstrating against nuclear testing or American intervention in Latin America or the war in Southeast Asia to pursue something so exotic as skiing. “It just wasn’t part of our life,” he says. “It wasn’t even on the radar…”

Still, those early years touched Melamed deeply. “My parents took us to all the big marches. I remember these incredible peace rallies — tens of thousands of people gathering together — with folk singers like Pete Seeger and such.” He stops speaking for a moment. “You know, my parents came by their convictions quite naturally,” he says. “My Jewish grandparents escaped the pogroms of Russia and emigrated to the U.S. in search of a better life at the turn of the century. There is a long tradition of taking action for social justice in our family.”

So that’s where Ken gets his activist’s edge. Now I get it. But wait. There’s more.

In 1966, Melamed Senior decided he couldn’t bear to pay taxes anymore to underwrite America’s war efforts. Recounts Ken: “He told my mom ‘I’ve had it. I’m moving to a peaceful country. I’m going to Canada.’” Suddenly, at 13 and very impressionable, a young Kenny found himself moving with his family to Montreal.

“Overnight winter sports became everything,” he remembers of his precipitous introduction to hockey and skiing. And then he smiles, and his autumn-coloured mustache bristles with excitement. “There was a latent calling for the adrenalin sport of skiing for Ken Melamed, I can tell you,” he says. “From the moment I felt those skis sliding over snow, I was hooked!”

Tall? Handsome? Smooth? Sophisticated? Melamed is none of these. Short, balding and wielding a slightly pugnacious conversational style, he favours ball caps and fleece jackets over suits and ties. He’d much rather go for a bike ride in the mountains than attend yet another VIP cocktail party. And when it comes to matters he feels strongly about, the 53 year old can be surprisingly blunt.

But that all pales next to his record. For if you judge him by his years of activism at Whistler, there is no denying his impact. Almost single-handedly — at least on the local political front — Ken has nudged Whistler’s environmental conscience from laissez-faire to almost-progressive. And it’s not like he lacks charisma. From AWARE president, to elected eco-warrior on three different councils, to surprise mayoral victor in the last elections — the guy who “doesn’t look the part” just keeps pushing up the ante. “It’s been a pretty amazing journey,” he admits. “Could I have ever imagined this process when I moved here 32 years ago? No way…”

And, in the end, that may be Ken’s greatest asset. He is who he is. No pretence. No theatre. Clearly, Hizzoner is as deeply committed to social change as his parents ever were. Maybe more. But, says Ken, he’s now much wiser on how to effect those changes than he was as a young man.

“It’s all about the art of compromise.” He laughs. “It sounds simplistic. But you never get exactly what you want. You have to learn to work with others. As a young activist, I really believed that it was an ‘Us & Them’ thing. But I realize now that we’re all in this together. As mayor, I recognize the need for us to work as a team. Why? Because we’re not going to get there if we leave folks behind...”

But that doesn’t mean he’s ready to jettison his principles just to close a deal. “There’s no doubt in my mind,” he says. “Whistlerites need to make a paradigm shift. We need to think and act differently. And we don’t have much time. In everything we do now, we have to ask ourselves the question: ‘Is this necessary?’”

He sighs. “And that’s tremendously complicated. Entitlement, desire, needs, wants — all these emotions come into play. It’s a huge challenge. And very difficult for some individuals to address head-on. For my part, I can’t allow myself to get impatient. I can’t make judgments or impose my social values on others. It’s been one of the hardest lessons for me as a politician: learning patience! We can only move as fast as the collective conversation allows us to move…”

That said, Melamed remains convinced that Whistler still needs to act quickly on the sustainability front if it wants to remain relevant. “Learning how to mitigate the impact we have on our surroundings goes to the very heart of our identity,” he explains. “After all, If you accept the premise that mountain resorts exist to provide folks with a nature-based respite from urban life, then making sure our way of life is healthy — and sustainable — has to become an intrinsic part of the community’s common discourse.”

And it’s happening, he says. “These conversations are in an evolutionary phase. First you start with the values that are shared — after all, you’re not going to agree on everything today. And you build on that. That’s where Whistler is at right now: we’ve begun to describe a commonly held cannon of values. And now our conversations are getting more mature, more involved, more insightful. Whistler 2020 is a perfect example of that. It offers a great framework to build on.”

But conversation has to be followed by initiative. Talking by action. Is that really happening at Whistler? “It’s beginning,” he says. “But make no mistake. If we don’t transform these ideas into actions — and don’t do it soon — we fail!”

Like Arthur DeJong, Eldon Beck and a host of others trying to steer the mountain resort business model in a more environmentally sustainable direction, Melamed believes with all his heart that Whistler could become a global leader if it bridged that chasm with all hands — Whistler-Blackcomb, the RMOW, Tourism Whistler — participating. “The whole world is paying attention,” he says. “I was invited to a Summit on The Natural Step in Sweden recently. And you know what? My presentation was the third one on the agenda — right after King of Sweden and Anders Wijkman of the European Parliament.” He pauses. “It still makes the hairs on my arms tingle…”

It’s the kind of international spotlight, he says, in which he finds himself more and more often these days. “As mayor of Whistler,” he explains, “I’m interacting on all levels of the political spectrum — local, provincial, national and international — and I’m seeing first hand how much of an impact Whistler is having in the ‘sustainable communities’ discussion. We’re totally leading-edge!”

There is danger in being the frontrunner, however. Get complacent, warns Melamed, and the whole edifice could come crashing down on our heads. “We made some pretty big promises in our bid to host the 2010 Games,” says the only member of Whistler council to have served since the very beginning of the Olympic adventure. “And now we have to follow through with those promises. We have to host these Games with the smallest ecological footprint possible. Anything less would be very disappointing. And totally hypocritical!”

But Whistler is not going to fail, he says. Why? Because he’s convinced the community can walk its talk. “We have a tradition of being leading-edge in this town,” he says. “Just look at the creation of the resort itself: the visionary thinking, the community discussions, the collaboration/planning sessions that go on here all the time. We’re skiers, risk-takers, mountain-lovers. We’ve never taken the safe, conventional route. Creating new paradigms of success is an intrinsic part of our story…”

To bolster his argument he uses an example from his years on the Whistler Pro Patrol. “I was lucky enough to work on the patrol when Canada was just developing its credibility on the snow-science front,” he says. “And Whistlerites were right in there. People like Chris Stetham and Roger McCarthy and John Hetherington became leaders in that field. Heck, while most patrols in the country limited themselves to honing their rescue skills, we were busy doing research on snow crystal formation and shear-layer mechanics.”

He smiles. “In some ways, I’m experiencing the same thing at Whistler with our journey towards sustainability,” he says. “And I couldn’t be more proud.”