It was a dark and stormy night. No, really it was. I was driving up to Whistler from the Vancouver airport very late last Monday night, Dec. 30 and you could have been forgiven for thinking that the Sea to Sky corridor was under a monsoon.
Jan 8, 2020 11:00 PM By: Clare Ogilvie 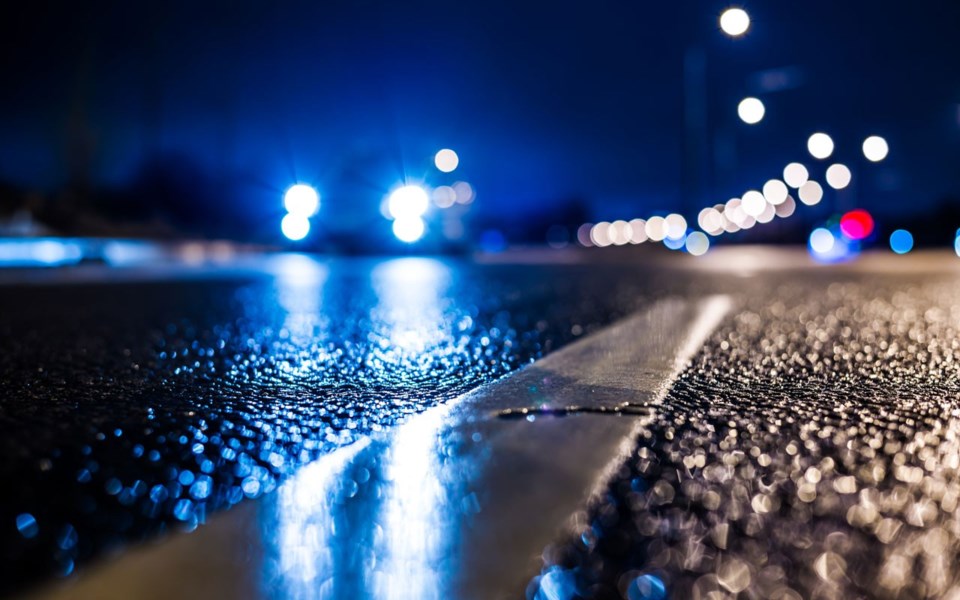 It was a dark and stormy night.

No, really it was.

I was driving up to Whistler from the Vancouver airport very late last Monday night, Dec. 30 and you could have been forgiven for thinking that the Sea to Sky corridor was under a monsoon. We have all endured those conditions in driving rain where the windshield wipers can barely keep up with the precip falling.

But we kept it slow and steady, then, as we came up to a section of the highway where the southbound lane broadens into two lanes, the rental-passenger van in front of us confidently began to drive in what was the southbound passing lane.

At first I was confused, but as everyone in our car had all just been cursing the fact that you simply could not see any road lines, we realized that the van was likely full of tourists who had no familiarity with the highway and thought we had two lanes going north.

We sped up alongside and honked and gesticulated at them trying to make our frantic message clear to get back in our lane. I don't know if they understood us, but as I looked in the rearview mirror they had pulled off the road completely and stopped.

We were a bit stunned—with all of us, including the two N drivers in back, having an a-ha-moment about how easily some accidents happen.

We all recall that improving the safety and reliability of Highway 99 was one of the main goals of the $600-million Sea to Sky Highway Improvement Project leading up to the 2010 Olympic and Paralympic Games—and it worked.

Prior to the upgrade, an average of 94 serious collisions took place per year. The most recent statistics from the Ministry of Transportation show that number is now down to 70 a year.

The number of fatalities has also been reduced for a road once known as the Death Highway. Recent statistics show that 20,960 vehicles a day now navigate the roadway between Horseshoe Bay and Squamish, with 12,044 between Squamish and Whistler—a 25-per-cent increase in overall traffic since 2009.

A goodly number of the thousands of drivers on the highway are among the 3 million visitors Whistler hosts—many of whom arrive at night to drive a beautiful, but winding highway—and they need to see where they are going.

You are not imagining things in thinking the yellow lines on the highway fade every year and that by fall storm season they are all but invisible along some parts of the road. In 2010, the federal government banned the use of oil-based paints on highways to meet environmental standards. Newer formulations are more environmentally friendly but not as durable. The changes have meant that four to five times as much paint is used now to keep the lines visible.

The B.C. highways' ministry has been dealing with this problem and the complaints around it ever since. Indeed, in 2016 then-Liberal Minister of Transportation Todd Stone told the Vancouver Sun, "It's the No. 1 issue I've heard about in four years in every community around the province."

Back then, the ministry began to test paints and compounds to try and find a more durable solution and settled on three different ones, which were tested. The paints were run over by thousands of vehicles, covered in salt and sand, plowed by machines and otherwise subjected to the normal poundings of a B.C. highway.

Our own MLA Jordan Study, who served as Parliamentary Secretary to the Minister of Transportation when the Liberals were in power, has raised the issue many times and reached out this week to the sitting NDP government to ask about improving the situation locally, which is particularly serious between Daisy Lake Dam and Brandywine.

He was told that about one quarter of the area has been treated with inlaid Highly Reflective Pavement Markings (HRPM)—that's about 64,531 lineal metres. In 2019, concession holder Miller Capilano did 263,172 lineal metres of regular painted lines on the Sea to Sky Highway as well.

Private contractors are responsible for repainting more than 20,000 kilometres on highways and provincially owned side roads in B.C. every year. The ministry invests approximately $20 million annually on the pavement-marking program.

This includes the use of larger glass beads for increased reflectivity and visibility at night, and thicker paint for longer-lasting pavement marking in coastal areas.

Sturdy wants to see more done to make the highway safer—so do I.

Some have suggested cat's eyes in the centre lane, but they can fill up with water, sand, gravel or snow and become useless, and they can also leech water under the road causing frost heaves in the long run.

But more reflective markings could be put along the side of the highway and rumble strips maintained.

And the HRPM should be considered for more of the highway. Yes, the highway has fewer crashes than before the upgrade, and yes, the HRPM paint is considerably more expensive than ordinary line paint, but with Whistler contributing $1.37 million dollars a day in tax revenue to all levels of government, it's worth it to keep visitors to the region, indeed all drivers, safe.

Letter to the Editor: Time for by-law to step up enforcement as Whistler gets busier
Jul 23, 2021 3:33 PM
Comments