If there was one theme that united the various speeches and presentations at the Jack Webster Awards two weeks ago, it was the importance of updating newsrooms and embracing this digital Pandora that is well out of the box by now.
Nov 14, 2012 8:00 PM By: Andrew Mitchell 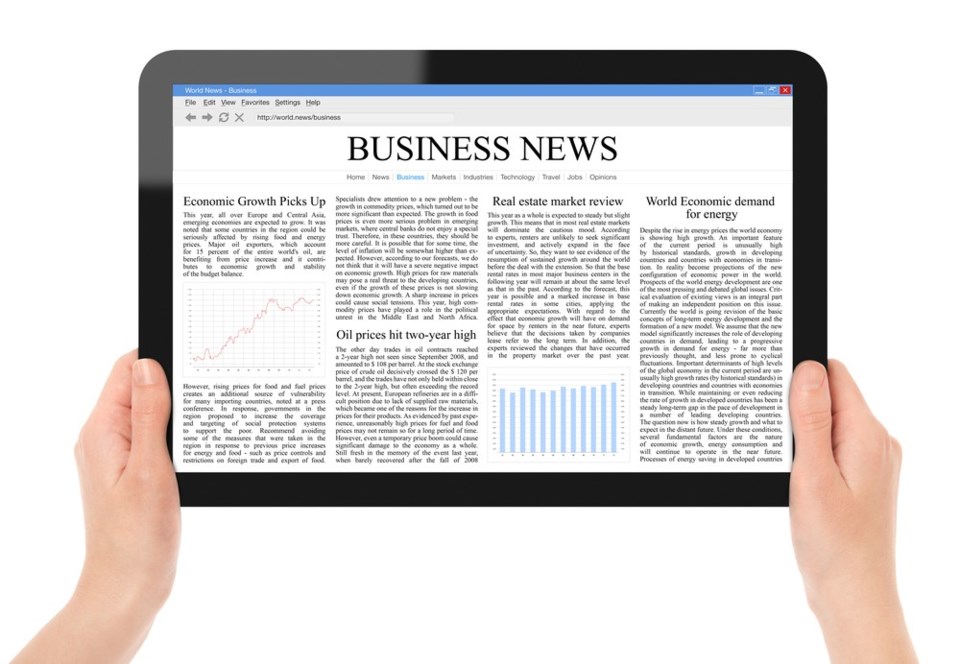 If there was one theme that united the various speeches and presentations at the Jack Webster Awards two weeks ago, it was the importance of updating newsrooms and embracing this digital Pandora that is well out of the box by now. In the roughly 60 seconds it took Pique's Alison Taylor to walk to the podium to collect her award (Whoo!) we had already posted the news on Twitter and Facebook. Within a minute after her minute-long speech, the first photo was up.

That's pretty incredible in a lot of ways, and a little bit scary in others. At every table of the Hyatt at least two people were glued to their smart phones at all times, most of them probably working in between bites of dinner and sips of wine. In the age of social media and digital content, where only the most cutting edge will survive, you have to feed the beast, even if the beast isn't particularly hungry for what you're cooking that day. You also have to be first to the table, if you want to keep the beast's attention.

Keep in mind that I'm not calling you or any of our Pique readers a beast; to me the beast is this moment in time that we're living, this technological zeitgeist where a teenage girl can send 30,000 texts a month, where people refresh Facebook and Twitter every few minutes, and consume content like Scarface consumed cocaine at the end of Scarface; like Dennis Hopper's character consumed amyl nitrate gas in Blue Velvet: "I'll click any link that's blue!"

While I'm not opposed to keeping up with the times and following people to whatever new shiny new medium that captures their attention, the sad truth is that there's no money in that game. Print revenues are at their lowest point in around 50 years, while digital advertising revenue is set to overtake print for the first time this year. That sounds like good news, but those revenues aren't necessarily going to the newspapers that report news and generate content, but to search engines like Google and Bing, news aggregators like the Huffington Post and countless online-only publications. For every dollar that print publications use to make they are making at most about 15 per cent from online ads.

The digital age has put newspapers in direct competition with radio and television, with out-of-town and out-of-country media outlets, with classified sites like Craigslist and Kijiji, with every blog and do-it-yourself reporter on the planet, with every Twitter celebrity. We're all in the same competition for the same audience and for same advertisers, who are not necessarily content with just having a small unobtrusive banner off to the side of a webpage anymore. Some companies — such as Red Bull with their Stratos stunt — have skipped media altogether and produce their own content that competes with everyone else.

With revenues dropping, Newsweek announced recently that their Dec. 31 print issue would be their last as the company makes the shift to online only. The Globe and Mail also recently put their content behind a paywall (again) — a ploy that the New York Times and others have tried and failed to capitalize on. Sun Media laid off 500 more employees.

At times like this I wonder why I didn't go into underwater welding or some other field where there's long-term job security.

Some will argue that what journalists — and especially print reporters — do is necessary for democracy, but the reality is that the majority of us work for private, for-profit publications that stand or fall on their own. It has to be this way, as it's the only way to stay independent from government spin and corporate influence. Unlike the CBC, BBC, PBS and a handful of other outlets, not many of us have any guaranteed funding.

Newspapers are struggling to stay above water in this digital shift that is destroying, or has destroyed, so many once viable industries: music stores, movie rental stores, book stores, movie theatres, and more. We are the whip and buggy makers of our time watching the first cars drive by, and the free market will ultimately decide what lives and dies by how you divert your attention and spend money. When newspapers are closing offices and laying off staff, and institutions like Newsweek are abandoning a medium they helped to create, you know times are tough.

And there's not much anyone can do about it. You could turn off Google News and the Huffington Post, stop using Craiglist and Kijiji, subscribe to paper papers and online media like The Globe and Mail, stop fast forwarding through the commercials on the shows you've PVRed and click on the odd online ad on websites that generate content. And if you go to a website that's republishing a story from somewhere, then you should click on the link to the original — those links add up and create more online advertising revenues for the actual producers of the content. And to everyone who still picks up Pique and other print papers, thank-you — you make all of this possible.

But while these ideas are nice, they're not very realistic in the long term. Who knows? Maybe journalism will survive, and reporters like myself will continue to get paid for what we do. In the meantime, good luck Newsweek, the Globe and NYT — we're rooting for you.