"All changes are more or less tinged with melancholy, for what we are leaving behind is part of ourselves.
Oct 19, 2011 9:00 PM By: Michel Beaudry 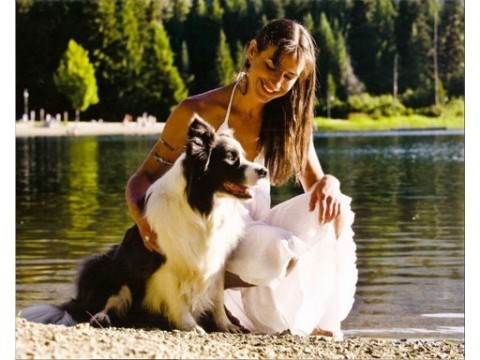 "All changes are more or less tinged with melancholy, for what we are leaving behind is part of ourselves."

Imagine coming up with your dream job - the very thing that gets you up and smiling in the morning - and then discovering that you have to leave town if you want to see it grow and thrive. Bummer, eh?

But wait. There's more. Imagine finding the one place in the world where you feel totally at home - unique, magical, crazy and enthralling all at the same time - and then coming up with your dream job, only to discover that you have to leave town... blah-blah-blah.

I don't know about you, but it seems to me that there's been a profusion of such stories at Whistler of late. Like we've been so focused on pushing other people's agenda here (Intrawest, the IOC, elected officials, etc. etc.) that we've forgotten what it really takes to build a sustainable community. And that, my friends, comes down to one word: people.

It's the you's and me's that make all the difference here. And anyone who tells you differently is full of... well, you can fill in the rest.

Strange, too. For no matter who I talk to about Whistler - whether weekender, long-time visitor or casual tourist - the gist of the conversation is always the same. It's not the stuff, stupid. It's the residents. And the mountain environment. And how the two have become one.

Have you heard that too? Funny, eh? The power of Whistler, I've come to understand, is all about that mysterious, unexplainable - but thoroughly appealling - fusion between human and nature that occurs in this unconventional Coast Mountain valley.

And yet we're still eating our young! We make it so hard for emerging entrepreneurs to get their foot in the door here, that many are just throwing up their hands in despair and walking away.

Take the case of Caroline Smalley. A high-spirited Brit with the soul of a visionary and the mind of an entrepreneur, Smalley moved to Whistler a decade ago - and suddenly found her place. "I felt such a sense of belonging in this community," she professes. "And it was immediate. It really spoke to my heart."

When we first met three years ago, Smalley had just "discovered" how she could make a difference at Whistler. And I couldn't help but be infected by her zeal. This was my reaction back then:

"Caroline Smalley has a plan," I wrote in the fall of 2008. "Well, actually more than a plan. The principal driver behind The Citizen's Media, a new online venture the 34-year old launched recently, Smalley is on a crusade to encourage folk to get more involved in the way decisions are made in their communities. 'I've always been passionate about communicating with people,' says the brand-new - and very proud - Canadian. 'It's all about making connections,' she explains. 'When people feel connected to other people, they stop being fearful. And when they stop being fearful, good things happen...'

"Describing Smalley as passionate about communications is like calling Lance Armstrong passionate about cycling. When it comes to citizen-generated media, she's a true believer. And she's not afraid to put her beliefs into action. By developing online interactive sites where open discussion is honoured and nurtured, Smalley is convinced that she can help change the way communities, organizations and businesses make decisions. 'For a community to be truly connected, it has to begin at the grassroots, the individual,' she explains. 'And that can't happen if the information is only flowing one way...'

"One of the principal goals in creating The Citizen's Media, she continues, is to drive more accountability into the decision-making process. 'When you look at the power of citizen-generated, online media - and the shift in consciousness it's already creating - well, that can be a very effective tool for change,' she maintains. And then she smiles. 'At the end of the day, whether private or corporate or governmental, if your organization depends on a conventional hierarchy, accountability is next to impossible."

As I said, that was three years ago. And now? No traction. No buy-in. Doesn't matter how many hundreds of hours she's devoted to her new venture. Or how many presentations she's made. Her Citizen's Media concept just hasn't taken off like she expected it to. At least not here in Whistler. And now she's ready for a change. She's tired of being poor. Tired of scrabbling every month just to make sure her bills are paid. She's moving on...

Say what? The woman who was once passionately, madly, undeniably in love with Whistler - the same woman who wasn't afraid to pick up a shovel and get in the snow-removal business when she first arrived here - is leaving the valley? What a sad comment on this town.

And it begs a trio of questions. Who are we? Are we a diverse and healthy community where tourism, education, wellness and the arts provide a nurturing mountain haven for a wide variety of visitors? Or are we just another industrial-resort "utility" serviced by a resident population of hewers of wood and drawers of water?

I'm worried. To me, Caroline's situation is the social equivalent of the canary in the mineshaft. Meaning? It's a sign that the air is getting a might putrid around here.

Am I exaggerating? I don't think so. At a time when our own bureaucratic titans at the RMOW have imposed a communication blockade barring the media from interacting with its employees - strangling the free flow of information even further - the need for an independent, grassroots-driven organization like Citizen's Media has never been greater.

But that's only the tip of our accounting issues in this community. The kind of backroom dealings that still occur at Whistler today - the closed-door decisions made between the Big Three (RMOW, Tourism Whistler and Whistler-Blackcomb) for example - would make a third-world dictator blush with shame. Yet it's business as usual here. And if you speak out about it: look out! You'll be blackballed before you know it.

But don't expect Caroline to wax negative about her decision to leave - or even for the lack of support for her ideas. For her, life is all about getting on with it. Moving to the next level. Finding a place where her ideas are not seen as a threat to the status quo - but as a progressive step in righting our listing democracy.

"It hasn't poisoned my love for Whistler," she says. "Not at all. I know I'll be back. I just have to go to a place where my ideas are better supported." Like Vancouver? She smiles. "Yeah, for sure. There are so many people there who are on the same wavelength as me." Another pause. "But there's so many other places where these ideas are being discussed  - Aspen, Banff - that I'm not really sure where I'll end up."

Still, her decision to move away wasn't easy. "I've been on this roller-coaster of emotions," she admits. "Whistler still has a very strong hold on me. The people in this community gave me strength to grow - to find out more about what I wanted to do with my life. And for that I'm really thankful."

I received an email from Caroline a few days after our conversation. "One quick thought to add," she wrote. "As you picked up in our conversation, there's more often than not a certain sadness in ending a chapter before the next unfolds. Saying Whistler has been an incubator... for allowing me to 'find myself' as well as discover CM... it's home and as the saying goes: 'Ain't no place like home!' This valley, the people who live here... have such a special place in my heart that they could never be replaced. So here's to the Spirit of Whistler and to all those familiar with its spell. Thank you all. Some interesting times ahead!"