Letters to the Editor for the week of August 15th

The horrific truth about the way our bears are managed The BC Conservation Officer Service (COS) has lost its sense of ethical and moral values.
Aug 15, 2019 12:00 AM By: Pique Newsmagazine Staff 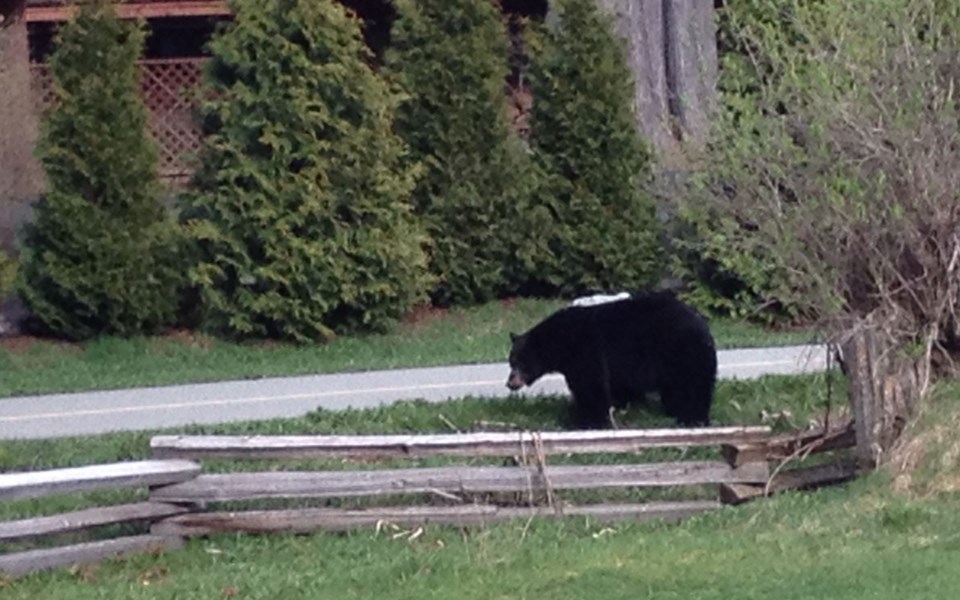 The horrific truth about the way our bears are managed

The BC Conservation Officer Service (COS) has lost its sense of ethical and moral values. It is not being held accountable to the general public and how the majority of people want our bears to be managed. It is on what seems to be a zero-tolerance killing spree. Mothers and newborn cubs are shot in the head because they are considered a nuisance. The truth is they are being killed just for eating human food sources.

As executive director of the Get Bear Smart Society, I have been working on the issue of human-bear conflict resolution for more than two decades, and our organization played a significant and key role in creating the Bear Smart community program in B.C. That program addresses the root causes of conflict: bear attractants. That is and remains the primary goal: keep bears away from human food sources. No argument.

That said, NO community would ever be 100-per-cent bear smart. There will always be people who don't know better or just don't care—and trust me, the bears will find those food sources. And there will always be years of natural food failures, habitat loss and other social issues within the bear community driving them into peopled areas.

So the COS has enacted a system of capital punishment for animals foraging for their next meal. Not sure I see the justice there.

There are many methods that the COS can use to deter bears from peopled areas, including the use of bear dogs, passive deterrents and non-lethal bear aversion. Translocation can also work with some bears. Of course, all of these methods take time and resources. It is far cheaper and quicker to shoot a bear in the head and dispose of the carcass at the landfill.

To the Minister of Environment and Climate Change Strategy, I say uphold the "vision" for the COS: "to be a progressive and respected leader in environmental compliance and enforcement, shared stewardship and public safety." Respect is not earned by killing innocent cubs! And being progressive doesn't mean using antiquated methods. Period.

If you think it's not possible, have a look at what Steve Searles is doing in Mammoth Lakes, Calif. One man. Many so-called habituated and food-conditioned bears. Many non-compliant residents and visitors. Yet, nonetheless, he keeps bears and people safe. And all this in a land where people sue at the drop of a hat. So, you can give up the "liability" card too.

Closer to home, ex-CO Dan LeGrandeur started his own company called Bear Scare after leaving the service. Its focus is on non-lethal bear management and in the past three years, it attended more than 21,000 bear occurrences and only one bear was removed.

Do what is right! Animals have the right to a life free from suffering and unnecessary killing. Take advantage of the provincial legislation and fine residents who leave out attractants and are non-compliant. Don't shoot the bear and make "people's" problem go away so that a new bear can come in and get shot too.

If you, as a B.C. resident, agree that the killing must stop, contact the elected officials the COS reports to: the Honourable George Heyman, Minister of Environment and Climate Change Strategy: env.minister@gov.bc.ca and who he reports to: Premier John Horgan: premier@gov.bc.ca.

We need to let elected officials know that we want bears protected and not shot for eating our trash. Speak on the bear's behalf and contain your trash.

Valley Trail not the place for e-bikes

I'm writing to support Joel Barde's [opinion column] "The Valley Trail is for everybody—but not e-bikes," written a few weeks back (Pique, July, 11).

I felt he gave a very balanced opinion.

I rode my bike in San Francisco for nearly 30 years before transplanting to Whistler. It makes me sad to see the same kind of policies being adopted (or rather failing to be adopted) here as in the City by the Bay.

When I first started riding in the city in 1992, there was one bike lane. Many years of time, money, protesting, lobbying, and at times, blood, finally led to many changes that provided a reasonably safe network of bike routes. But this lasted for only a short while before e-scooters, e-bikes, etc., co-opted our bike lanes.

To me, it's simple. These vehicles are motorized and have no place on lanes/trails designated for pedestrians and bikes.

The only exception that is plausible to me is for wheelchairs or similar modes of transportation for people who are seriously immobile.

I'm pro-e-bike, but they need to stay out of the wilderness and off non-motorized routes.

This may take a new way of thinking about how streets/roads are designed, but we don't allow "motorcycles" on the Valley Trail and that's really what e-bikes are. I read one letter to the editor in Pique by a woman who was so happy her husband could get on the Valley Trail again.

I'm getting on in years myself, and have had to give up many things I love. That's a fact of life. I don't think we should create a world where the great majority has to suffer just so a few can enjoy what, whatever the reason, they would not otherwise be able to without some kind of assistance. That is why we do not have escalators to the top of every mountain.  Let's work together to make the drivers of cars (of which I am one) make the sacrifices, not cyclists and pedestrians.

The Whistler Museum would like to extend a huge thank-you to everyone who came out on Saturday, Aug. 10 to participate in our 23rd annual Building Competition with LEGO bricks!

Special thanks to all of our generous sponsors: Whoola Toys, The Adventure Group, Ziptrek, Escape! Whistler, Old Spaghetti Factory, Armchair Books, Purebread, Village 8 Cinemas, Cows, Hatley, Lucia Gelato, the Great Glass Elevator, and the EpicPromise program. We would also like to thank our amazing judges: David from the Squamish Lil'wat Cultural Centre, Laura from the Audain Art Museum, and Jeanette from the Whistler Public Library.

We had a great time (the rain even held off!) and we are already looking forward to Year 24!

I would like to extend a warm, smiley thank-you to the current staff at the Re-Use-It Centre.

The new location and the super-fair pricing reflects that love is steering that ship.

It is so good to see the Re-Use-It staying true to its community spirit in its new location. So much great work is produced by Whistler Community Services Society with Re-Use-It funding; it's amazing to shop and feel like you are helping the world and being helped, all at once! Thank you for the fair pricing and all the love as of late Re-Use-It, you're shining!