Letters to the Editor for the week of August 2

Don't just complain, do something Another Ironman weekend has come and gone, and along with the fanfare was the inevitable slew of complaints.
Aug 1, 2018 6:00 PM By: Pique Newsmagazine Staff 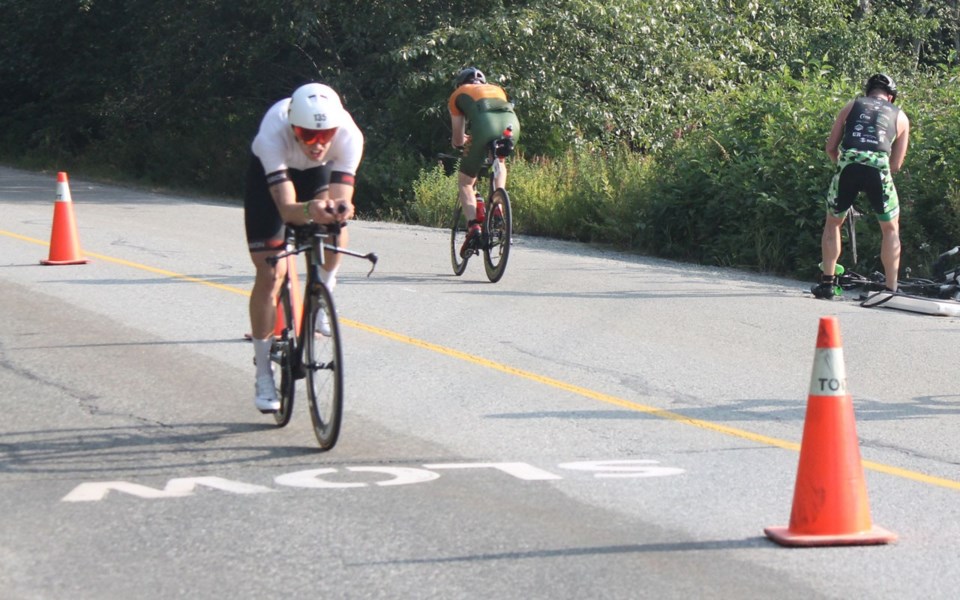 Don't just complain, do something

Another Ironman weekend has come and gone, and along with the fanfare was the inevitable slew of complaints. For those whose life is affected, no amount of "it's just only one day" can quell the dissatisfaction that comes from a day of inconvenience for a private event taking place on public lands.

This year, I was among those voicing dissatisfaction. While I usually try to get out of town and avoid the event altogether, I decided to stick around for a change. Living on the far end of Alpha Lake, I thought I would be far enough away from everything, until I remembered the amplifying effect that occurs when sound travels over water. So even more annoying than the inability to use the highway to get in and out of my neighbourhood was the fact that, although living two lakes away, the announcer on the PA thundered into my bedroom window starting at 6:30 a.m.

To quote one of the most brilliant films of our time, "This is not Nam, man. There are rules."

Sure, with a limited number of summer days you want to be up and at 'em early anyway, but even when having a morning coffee, the last thing you want to start your day is an annoying race announcer trying to hype up a crowd while the sound echoes throughout the valley.

Never mind the hundreds of people who work late nights and need the rest before it gets too hot. This is why we have the noise bylaw in the first place. However, as we saw this weekend, anyone can circumvent the laws ... for the right price.

The Ironman's ability to buy leniency on our social standards comes at a heavy price, both literally and figuratively. For me, it brings to light how things operate in Whistler: with enough cash and the right kind of influence you can do just about anything you want, whether it's legal or not. Those who go by the book will be left behind while those who do the moving and shaking behind closed doors (or "in camera," to use the parlance of our times) will ultimately see the benefit.

That's not even mentioning the harsh example of privatizing the profits and socializing the losses, but that could be another letter altogether.

Still, that's not really what grinds my gears the most. The biggest issue is with the complainers themselves.

They are numerous and vocal, especially on social media—but how many of those complaining do something that has an actual effect on society, such as participating in local government? At the very least, everyone should vote this October for candidates they feel best represent their views on community and the future of this town.

The next step would be to help one of those running for election on their campaign, because it can be a tireless and thankless endeavour.

An even further step would be actually running for election.

Whatever level you choose to involve yourself with, do something. Complaining about it online does absolutely nothing.

We have identified the dragons that haunt this town—greed, cronyism, and favouring large corporate interests over the local community. The real task is slaying the dragons—peacefully. We have to get out, participate in our democracy, and for god's sake, vote this October for someone who you feel best represents a positive future for Whistler.

This month, Whistler is losing one of its most valuable assets in the healthcare community.

Jillian Hewitt has been a pharmacist at Nesters Pharmacy for over 10 years, and I have had the immense pleasure of working alongside her for the last eight years. In that time, I've been continually inspired by her dedication to her job, her passion for the community and the people she serves, and her love for her family. Jill, I think I speak for the whole Whistler community when I say we will miss you dearly, and we wish you, Andy, PJ, Nash and Jack all the best in your next adventure!

I have just returned from a three-day visit to Whistler, one of my favourite places and destinations in Canada.

This past weekend, Whistler hosted the Subaru Ironman Canada Triathlon.

For those that do not know, the sport of triathlon first evolved as a cross-training program to prevent repetitive injury to those with sports specific interests in track and field. The first major competition was held at U.C.L.A., I believe some 40 to 50 years ago.

Ironman Triathlon, I understand, evolved out of a personal challenge between two U.S. Navy Seals in Hawaii some years ago. This is an extreme sport version of triathlon. One might compare these two types of triathlons to recreational skiing at a very advanced expert level versus World Cup downhill ski racing.

Whistler has over the years self-branded itself as being home to extreme sports of many kinds and it is an appropriate destination for Ironman Canada.

I first watched Ironman Canada live in Penticton, B.C. almost 20 years ago. My first impression was that it takes a hell of a lot of strength and guts to step up to the plate as an individual to even attempt an Ironman triathlon. My second was that 50 per cent of those that participate were not built for it, or had not trained (for it).

This past weekend, as I walked from my hotel in the village to Lost Lake for an early morning swim, I saw many runners along the Valley Trail. There were a few of them that passed me that effortlessly glided in their gait, stride, lift and landing. It was like watching that what is meant to be, doing what it was meant to do as natural as the sun rises and sets every day. Moving just like race horses.

Some others ran in ways that made my body ache just looking at them.

I also saw this past weekend in Ironman. The top-performing athletes started at 5:50 a.m. swimming in Alta Lake and finished between 8.5 to 10.5 hours at the main village (Plaza location).

The rest of the pack laboured on in pain and suffering in the 34 degree Celsius heat for however long their bodies and minds would allow them to carry on before finishing, breaking down, or reaching the cutoff at the stroke of midnight.

Just so you all know, Kelowna offers an Olympic Distance Apple Triathlon each summer, which I have volunteered to help with twice in the past. A great stepping-stone to an Ironman or half Ironman in Whistler, I would think, for future participants.

This really brings me to the point of the new cycling route, which last year ran out to Pemberton and back—a route where the pros need not worry about the learning curves of the weekend warriors.

This year's multiple-lap course placed many pros in compromising positions with novice racers drifting out of position or blocking passage to those with money to earn on the line. In addition, this year's cycling course may have pushed many athletes out of contention to finish given the heat of the day and the many hill climbs required.

Now, I ask the people of Pemberton who have felt that somehow they had been so hard done by in giving up one day of their 365 days of the year for Ironman, was Is it really too much?

If I think back 40 years ago Pemberton was not a place anyone cared to visit unless they were farming or riding a horse.

Much of the property values and prosperity of today in Pemberton have come from the build up of Whistler as a worldwide destination resort. Without Whistler and its many offerings, its great events past and present, Pemberton may still be what you were some 40 years ago. Maybe it is time for some reflection on that matter!

I am sure many Ironman participants today would have appreciated that ride through Pemberton's flat valley versus the Whistler-to-Callaghan circle route that was hell on wheels for them this year.