Letters to the Editor for the week of August 22 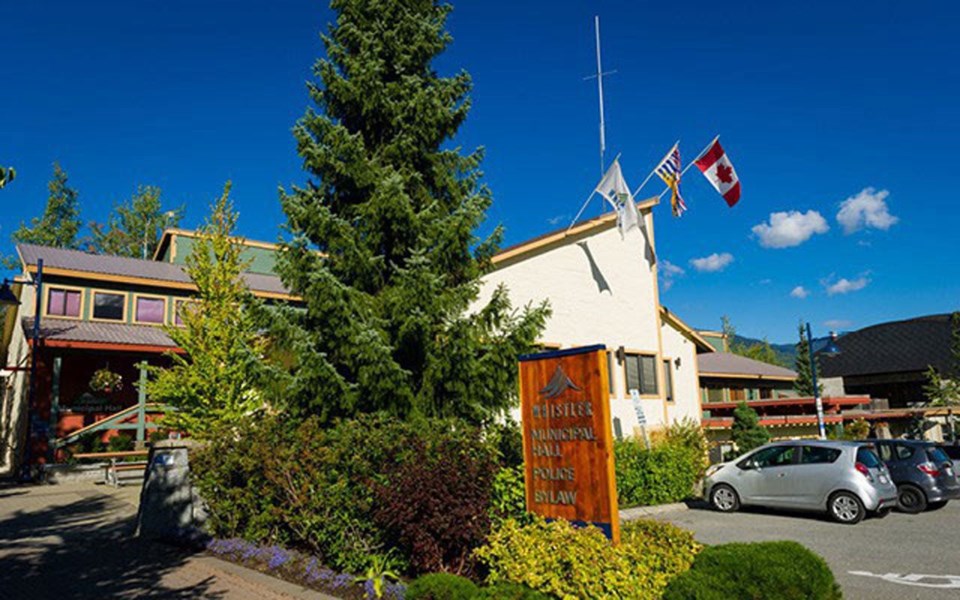 Has this term become an "oxymoron" of sorts? In October of 2018, the majority of candidates running for election spoke of fiscal responsibility and "transparency" in government decisions at municipal hall.

Is it only me who is shocked to see that current Chief Administrative Officer Mike Furey has been appointed into a newly created role as Chief of Strategic Policy and Partnerships? You might have missed that in the July 25, 2019 announcement if you were away on summer vacation.

I would like to know what the criteria is for "creating" this new position, and more importantly, what justifies the salary, which I understand is going to be more than $250,000.

There are five newly appointed and very capable individuals on the newly created Strategic Planning Committee at the Resort Municipality of Whistler (RMOW). Do they really require a "Chief?"

Mayor Crompton stated: "Council, as we consider the large work plan that we have in front of us and the tremendous amount of the high number of strategic and important projects that we have to take on, thought this was a great way to get that important work done, and to provide a strong transition at CAO (see "Whistler's top staffer Mike Furey to take new role with RMOW," Pique, Aug. 1).

That leaves residents to understand that mayor and council—who all stated that "fiscal responsibility" and transparency at municipal hall were major issues they would address—made this decision in unison.

Am I the only one who would like to hear some definitive explanation for the need for this new position at the RMOW?

Speaking of transparency: did anyone else hear anything about the major developments to come with the expansion of municipal boundaries at the "South Base" during the Official Community Plan open house/community engagement sessions?

Those who attended asked questions about future growth in our community and concerns about future development. I didn't hear one word about the "South Base" ... did you?

[Editor's Notes: Furey will continue on the same terms as his current contract, which amounts to $246,042 in total remuneration, until his new role ends in early 2021. Also, though South Base is listed as one of several possible areas for development in Whistler Blackcomb's Master Development Agreement, there are no plans to expand there at this time, and if plans were put in place, public consultation would take place, according to Whistler Blackcomb.]

Big thanks to Nesters

Big kudos and thanks to Bruce Stewart from Nesters Market for his faithful devotion to funding local charities through the points program.

After more than 10 years of receiving points and dollars from Nesters Market through local points donations, we also wish to thank the hundreds of locals who donated their Nesters points to facilitate the construction of playgrounds for children in war-torn areas of the world.

There are thousands of children playing and having fun thanks to our local grocery shoppers!

We have the ultimate playground here in Whistler, and the generosity of locals and Nesters enabled us to export some of our play to kids around the world.

On behalf of the Whistler Chamber of Commerce, we'd like to thank [mayor, council and staff] for the work completed on the pedestrian pathways in Function Junction.

We appreciate the RMOW's willingness to consult with the Function Junction stakeholders and the Chamber to see the completion of Phase 1 and 2 at the beginning of the summer. The Alpha Lake Road reduced speed, at-grade pedestrian pathway, the relocation of the two bus stops, new flashing light crosswalks and traffic-calming curbs are all significant improvements to the safety and functionality of travel in the Function Junction area.

We look forward to consulting with the RMOW to develop Phase 3 plans to bring additional creative improvements and continue the good work that has been done.

Vail giveth and Vail taketh away

Recently, I called Whistler Blackcomb Guest Relations to purchase the $400-for-$500 gift card. This passholder perk had been removed by Vail Resorts in 2017 and was re-instated in 2018. I believe that the return of this benefit may have been the result of customer pushback.

In years past, the $400-for-$500 [card] could be used towards the purchase of season-long programs, i.e. Max Four, etc. This is no longer the case, effectively increasing the price of these programs by 20 per cent.

Guest Relations suggested that I contact Guest Communications via email to inquire about this change in policy, which I did. As a caveat, I was told that I was not the only one voicing concern with the change.

Guest Communications responded with the following:

"I'm very sorry to hear you are affected by the new rule change with the pass holder gift card and thank you for taking the time to send me your feedback. Hearing from our guests helps us assess what improvements we can make to achieve our goal of consistently providing an unmatched experience for our guests."

Since the purchase of Whistler Blackcomb by Vail Resorts, there has been a consistent erosion of passholder perks. The Parent Pass, while re-instated, has been grandfathered, available only to past holders of the pass; the Buddy Passes now are purchased at 50 per cent, etc.

As stated previously, Vail Resorts speaks to "making improvements to achieve our goal of consistently providing an unmatched experience for our guests."

May I suggest: "A thousand words will not leave so deep an impression as one deed," as Henrik Ibsen said.

Dust blows, but it'll be worth it

As a resident of Downtown Pemberton, my condo facing the community barn has been affected by the dust during the construction.

I empathize with Mark Mendonca about the cleaning (see "Pemberton businesses deal with a dusty summer," Pique, Aug. 16). I have decided to close my windows more than I'd like to in order to keep the dust at bay.

While it is inconvenient, I have actually been impressed by the contractor (Hazelwood's) diligence with dust-mitigation efforts by watering the streets regularly.

It can't be an easy job, but it'll be worth it in the end and I believe the inconveniences will be forgotten in time. Go Pemberton!

Many thanks to the amazing paramedics and all the doctors, nurses and staff of the Whistler Health Care Centre and the Lions Gate Hospital who attended to me [following a bike accident near Hydro Hill on Aug. 8].Your kindness and efficiency were most appreciated.

Also, thanks to the Wangs of Vancouver for contacting the ambulance and to Liz and her husband from Cincinnati for waiting with me until the arrival of the ambulance.

Whistlerites are very fortunate to have such wonderful medical services.