Letters to the Editor for the week of December 17th

Landlords important part of solution to affordability Landlords are actively engaging in the ownership of a business — a business that can generate tens of thousands of dollars over the course of a rental agreement.
Dec 17, 2014 5:00 PM By: Pique Newsmagazine Staff 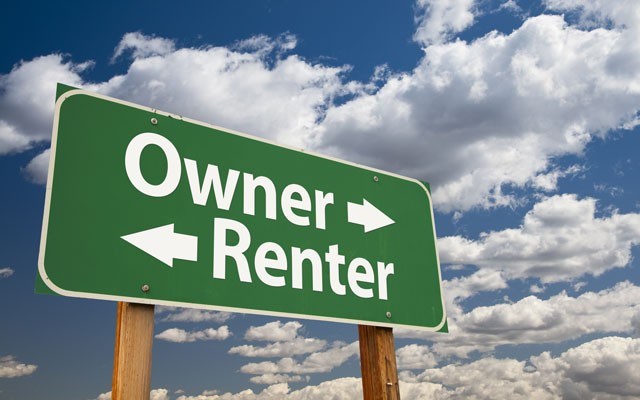 Landlords are actively engaging in the ownership of a business — a business that can generate tens of thousands of dollars over the course of a rental agreement.

Landlords are in possession of a wildly lucrative income generator that only requires small reinvestment of capital every few years to maintain a suite satisfactory to attract tenants (though the cost is probably significantly less, given the current housing crunch in Whistler).

As a management professional working within the hospitality sector of the resort, I find any call to arms for the landlords of Whistler to stop renting out properties despicable. Whistler is a one-of-a-kind resort, with a one-of-a-kind workforce.

It is time for landlords in this community to understand that without affordable housing, businesses will not be able to attract prospective employees at wages which allow for balanced labour costs relative to revenues generated.

Without this balance, businesses will be unable to operate under sustainable practices, and all of the attractions that bring people to spend money within our wonderful resort will cease to exist (newsflash: tourists don't want to stay in two-bedroom flats outside the village).

By maintaining affordable levels of residential housing, we, as a community, are allowing the resort to operate in such a way that will ensure property values remain respectable for years to come.

I implore all residential landowners to take a step back and look at the big picture of our macro-economic environment.

Interconnectivity is the theme, and the tightening of the housing situation will ironically impact the value of your home far more than your damaged baseboards and carpet ever will.

A message from a taxpayer

I can't count how many times I've heard a four-note ''O Canada'' after government ads lately. I believe it's becoming more imprinted on my brain than the old Hockey Night in Canada theme, or the Hinterland Who's Who haunting melody.

From all this we get a clear sense of the Canada that P.M.S. Harper views as utopia, and he will remind you of this when the election bus rolls around.

Whether I agree with him or not, I should not have to fund my own mind control.

The federal budget allocated to advertising for one quarter, April 1 to June 30, 2014 was $60,400,000. Kinder Morgan's $1.5 million tax contribution for the year (less than one per cent of its profit) could only buy a few seconds of one commercial. I wonder which part they would buy? Maybe the jingle? Oh, they already have!

I admire Peter Kent for trying to fire up the electorate; my guess is he will be around for a few terms, heck, I would vote for him as prime minister if he ran for the right party.

From now until the next federal election we will hear a shortened, pale version of ''O Canada,'' played at our expense countless times.

I try to mitigate my anger by inserting my own words at the end like, "pro pagan da.'' That one calms me a bit but doesn't fix anything. The one I prefer is, "get out and vote,'' it actually brings a smile to my lips and will be my mantra until election day.

It's either that or get arrested protesting.

Bear hugs of thanks

The Get Bear Smart Society would like to send out a big thank you to all the residents and visitors who do their part to prevent conflict at their properties and in the backcountry. You are the cornerstone of the whole bear smart program.

We would also like to express our sincere gratitude to our generous donors, hardworking volunteers and committed partners. We simply cannot accomplish what we do without our regular, dedicated supporters.

Many thanks to the Community Foundation of Whistler for its financial support through the Environmental Legacy Fund, as well as the funding provided by the RMOW Community Enrichment Grant.

Thanks to Nicole Fitzgerald for her incredible contributions to our Bear Smart Restaurant program, as well as educational videos.

Thanks to Ryan Doiren for putting up posters this year. Thanks to Nancy Campbell for distributing our bear smart brochures for more years than I can count. Thanks to all the hotel concierges and Visitor Information Services for carrying the brochures. Bear hugs to Barber Media for all you do to support us.

We look forward to progressing bear smart initiatives next season.

The congregation at St. David's would like to thank all who helped make it happen: those who provided baking; those who helped move tables before and after the event; those who organized and served at the cookie table, the white elephant table and the concession; AG foods for donated supplies; school district staff and trustees for their helpfulness before and during the bazaar, and; of course our coordinator for her many long hours of hard work in bringing it all together.

Sincere appreciation also goes out to the many participating vendors without whom there would be no bazaar.

For those who helped and are not mentioned above, please accept our apology and be assured that your contribution has been greatly appreciated.

Thank you, from St. David's, to the whole community for attending and making this another successful Christmas Bazaar!

This event was created many years ago with the intent of teaching our students the meaning of giving while learning how to give back to our community in a positive, fun way. I am extremely excited to let everyone know that $2,238.45 has been donated to Whistler Community Services Society by our students.

I would like to say a huge thank you to all the families that donated their gently used items that allowed the children to shop for presents to give to their families.

I would also like to thank the many parents who gave their time to assist the children choosing the right gift and who helped keep the happy chaos of the gift wrapping under control!

Whistler Laundry came to our assistance by washing the mound of stuffed toys — thank you, that was a big job!

Finally, I would like to thank Caralynn Haasen and Vicki Swan for their support, and without whom Santa's Workshop would not have run so smoothly.

To see the spirit of the season shining through in the joy on the faces of the children, while benefiting our community, is why we hold this magical event every year!

Do you ever ride up to mountain safety (personnel) on the hill and have them waving their arms for you to slow down?

Do you ever get annoyed and just want to let loose and ride?

The other day I witnessed the perfect example of why these people are on the mountain and why we need to all show a little more respect.

Clearly not all of us are at the same level when it comes to snowboarding and skiing. This was extremely evident when I witnessed a skier blast past a beginner of the same sport as he was passing a slow zone. The other skier was not struck, but was extremely startled and seemingly fell into the snow to avoid being hit.

The skier looked back and kept riding down the hill without regard for others around him.

Little did he know when the other skier made an evasive fall they seriously injured themselves. I noticed this on my way back up the chairlift when I looked down to see patrol assisting the skier and putting them on a stretcher. This is far from how this person pictured their day on the mountain, I'm sure of that.

It made me reflect because it's the type of thing that happens more often then we may think.

Mountain safety is everyone's responsibility. It's not just up to the staff on the mountain to ensure that it's a reasonably safe place for all to enjoy... it's everybody's!

Common courtesy and respect is something we all need to practice on a daily basis. Everyone has the right to enjoy the mountains and all they have to offer, as long as one's enjoyment does not affect the same for others.

Everyone that uses the mountain needs to be a good ambassador and be conscious of others around them. Everything from foul language, to reckless use of the slopes, affects those people whether you realize it or not.

My goal when I use the mountain is to positively affect at least one person's day.

Next time you go you should try to do the same. It will make the mountain a better place for all.

Any politician (or journalist) using the term "Enhanced Interrogation Techniques" should be waterboarded, "rectally rehydrated," and forced to stand in an agonizing position until they soil themselves. And then asked if they're now ready to use the correct term — torture.

And Canadians shouldn't get too smug about thinking the CIA torture techniques wouldn't be used here.

Considering the overheated frenzy of nationalism that swept the country after a lone, crazed gunman attacked Parliament Hill, I wonder how quickly Canadians would support "torturing a few folks" if we suffered carnage akin to 9/11?

But full credit to the American government for releasing the CIA torture report.

I can't recall (Prime Minister Stephen) Harper's government mustering up the integrity to admit to doing anything wrong. Ever.

OPINION: Horgan’s election call is ill-timed and opportunistic
Sep 21, 2020 3:02 PM
Comments
We welcome your feedback and encourage you to share your thoughts. We ask that you be respectful of others and their points of view, refrain from personal attacks and stay on topic. To learn about our commenting policies and how we moderate, please read our Community Guidelines.