Letters to the Editor for the week of December 5

Get off your couch! #WFF19 is on! This year marks our 19th edition of the Whistler Film Festival (WFF) running from Dec. 4 to 8. Sundance, Telluride, Vail, Whistler: ski towns seem to attract film festivals.
Dec 4, 2019 11:00 PM By: Pique Newsmagazine Staff 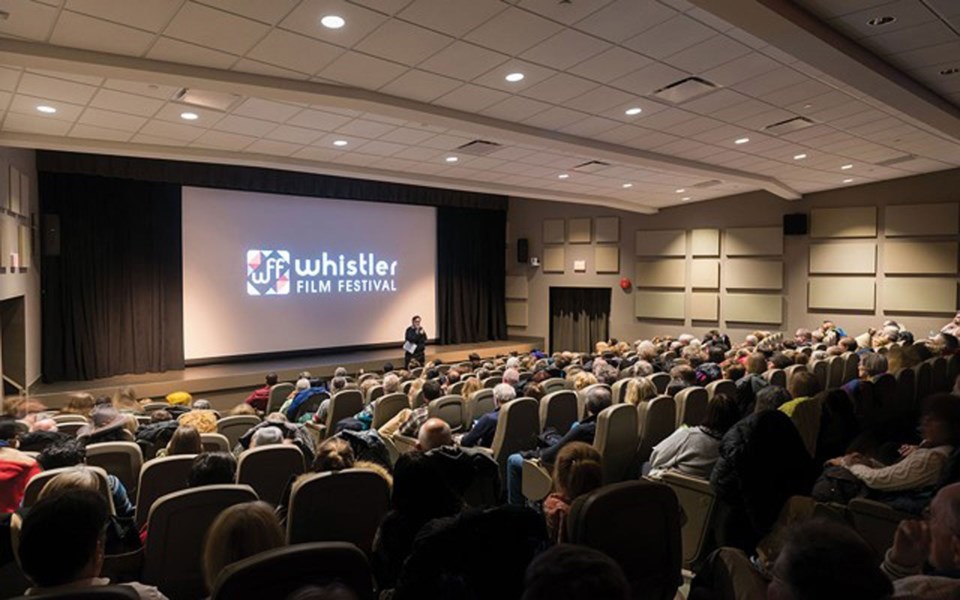 This year marks our 19th edition of the Whistler Film Festival (WFF) running from Dec. 4 to 8.

Sundance, Telluride, Vail, Whistler: ski towns seem to attract film festivals. With the lack of snow this year, the festival lands at a time that clearly demonstrates why non-weather-dependent cultural events are critical to our success as a resort.

Renowned as "Canada's coolest film festival," WFF has become the Canadian film industry's liveliest gathering outside of Toronto International Film Festival, was recently recognized as one of the top seven film festivals in the world to attend and "one of 10 of the most amazing film festivals worth attending" in North America, and is one of Whistler's signature cultural events.

Festivalgoers will enjoy 86 fresh films (43 features and 35 shorts) in 96 screenings from 15 countries, including leading award-season fare and meritable Canadian content, with most screenings attended by guests. We are expecting more than 14,000 attendees including more than 1,000 industry insiders with attendees travelling here from London, New York, Los Angeles and across Canada.

WFF remains true to its mandate of discovering new talent with the inclusion of 11 first-time feature films, 40 per cent of the films are directed by women or non-binary individuals, and 71 per cent of the films are Canadian, more than any other international Canadian film festival this year. Plus, WFF's juries feature some of the industry's top talent, who will present 15 film awards and $146,500 in cash and prizes ($31,500 cash and $115,000 in prizes), plus a $41,000 power pitch production prize.

The level of talent and industry that are participating in our Film Festival, Content Summit and Talent Programs is by far the most impressive to date. Highlights include our Signature Series, which honours three artists of our time including British actor, writer and producer Simon Pegg, American Emmy Award-winning actor Joe Pantoliano, and American stand-up comedian, actress and writer Chelsea Peretti.

We have maintained our commitment to making media equitable with our Women on Top Series and an increased focus on more diverse talent and stories. Our Content Summit features 30 industry focused sessions with 60 guests that connect filmmakers and dealmakers, and our 10 talent programs feature with 20 industry faculty that support 54 Canadian artists, including screenwriters, directors, producers and actors to advance their projects and craft, 66 per cent of whom are from B.C. and 63 per cent are female or non-binary. What is especially encouraging is to see the number of alumni returning with projects either premiering at the fest or in development.

In 19 years, the film festival and our talent programs that are produced by our charitable organization have become a valuable asset for Whistler, the province of B.C. and our domestic talent, generating more than $24.6 million in GDP, $6.2 million tax dollars and 390 jobs as confirmed by our 2018 Nordicity Report, and are expected to generate more than 22 million marketing impressions and more than 430 million global media impressions valued at more than $2 million.

Thank you to all of our Whistler supporters including the Resort Municipality of Whistler, Tourism Whistler, Arts Whistler, Squamish Lil'Wat Cultural Centre, Village 8 Cinemas, Whistler Blackcomb, Gibbons Whistler, our local suppliers, and our 20 accommodation partners and 25 hospitality partners. Thank you as well to our incredibly dedicated Board of Directors, 46 staff, 18 filmmaker and WFF Live hosts, and 125-plus volunteers, all of whom are the true stars of the fest.

It truly takes a village to make this happen. Thank you Whistler for once again supporting the Whistler Film Festival! Enjoy WFF#19!