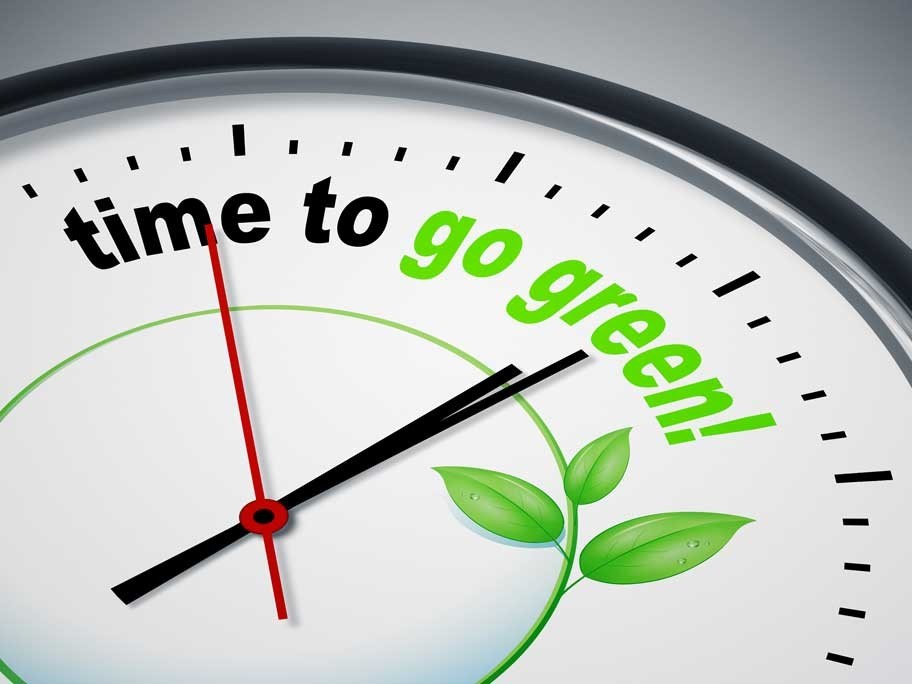 With December and early January providing so many variable weather systems it was a very timely subject to look at global warming and climate change and how it will affect our mountain community and the many others around the world (Pique Jan 12, 2012). Snowfall in our valley come winter, and sunshine in the summer equal money in the bank. The shoulder seasons are the killers of our hard earned prosperity.

The RMOW, Whistler Blackcomb, our local business community and Tourism Whistler need to fully understand how global warming and climate change will economically impact Whistler over the next two decades and onwards. For those interested in learning and understanding what is going on in the crazy world of weather, may I suggest a few informative reads over the months ahead. First the understanding of the Gaia Theory. At one time in recent history only a hypothesis and now generally accepted as a theory by the world scientific community. Two books: Gaia and The Revenge Of Gaia by Dr. James Lovelock.

Other valuable publications on global warming and climate change — The Weather Makers by Professor Tim Flannery and The World Of The Polar Bear by Norbert Rosing — offer great insight into the changes affecting our planet and all life forms. If you would rather view films: An Inconvenient Truth by Al Gore, Earth and Oceans by Disney Nature are also excellent films that also cover this subject.

Unfortunately what we do in our small mountain community will have little or no impact on reducing climate change. The powers that feed that process are much greater and are cumulative by the collective actions of all humans globally. We are simply now too many on too small a planet. In the end we may be collectively slightly more evolved then pine beetles, but really no less destructive a force upon nature.

They say that old habits die-hard. That old trees do not bend far nor do they transplant well.

I have yet to see in the youth of our world, those 30-and-under with the dire desire to make a paradigm shift that's required for a truly sustainable future, however, I am always optimistic that some day we may collectively awaken.

In last week's edition (Pique Jan.12, 2012) Kalee Eder's' letter made a case for Whistler going plastic bag free. I wanted to briefly highlight that the Association of Whistler Area Residents for the Environment (AWARE) has been pushing for such a move since 2007. During this time we have devised an array of ideas for how to make this an inspirational and positive change for Whistler residents and guests. So Kalee if you, or anyone else reading this, wants to volunteer some time towards working for a plastic bag free Whistler, I would encourage you to get in touch as more support is always welcome.

No Pain No Gain

I wish to extend my gratitude to the Whistler Arts Council for hosting an awesome comedy night last week with Atlantic humourist and comedienne, Nikki Payne.

Doti Niedermayer and her staff have been putting on some amazing shows through the Performance Series and art exhibits. The Arts Council needs to be recognized for its great contributions to the artistic fabric of our community.

If you're not attending these performances, you are missing out!

As a resident of B.C. for almost a decade now, I have come to love the beauty of the province as many have. I hope to explore it in awe for the rest of my life.

I have come to be angered when this beauty is threatened — that I might miss out on it. The pipeline proposed by Enbridge threatens our whole coastline. If this angers you as well I invite you to join me in putting a stop to it. Get informed there is lots of information out there that says it is a really bad idea. Write to your local MP. Write to your local governments. Write to the provincial governments. Let your voice be heard. Sign the dogwoodinitiative No Tankers petition. Google it. Let's stop this in its tracks now.

I am writing in response to John French's article on composting in last's week newspaper (Pique Jan 12, 2012.) I applaud John's composting efforts — yes, what a great way to reduce our waste and every serious gardener should know the importance of adding good quality compost to your gardens and lawns annually.

It is unfortunate that a bear has "discovered" your backyard composter and that you have to cease composting the "old fashioned way." That you now have to add your food waste to our local composting process I believe is a shame.

I think the public needs to be aware that the compost produced locally through the Whistler Composting Facility contains "biosolids." Biosolids are the thick viscous concentrated residue often called sludge that remains after the water treatment process.

Yes, our Composting Facility tests our biosolids and composts ...(as) are required of it. Unfortunately these tests are based on outdated standards. There are far too many unknowns being flushed down our toilets to even begin to determine what to test for. Living in an international resort with tourists from all over the world who knows what is flushed down our toilets. Pharmaceuticals, pesticides, hormones, antibiotics... do not break down in the composting process. If this compost is then used on gardens many of these toxins are then taken up by growing plants and then become part of our food.

We will be again assured that our compost exceeds required standards, but I encourage you to do some research and read about the toxic soil samples, court cases, dead livestock... all resulting from compost containing biosolids.

Our community needs an Organic Composting Facility. A presentation was made to council last year by one such organization. I assume that that budget was blown with our existing 20 million dollar plus facility.

At the very least please read about the hazards of compost containing biosolids at http://www.sludgenews.org/, http://www.sourcewatch.org/index.php?title=Sewage_sludge

Again I reiterate, there are far too many unknown risks about using compost containing biosolids — I certainly wouldn't recommend eating anything grown in it!

(Editor's note: According to Carney's Waste Systems both biosolids and the compost produced using biosolids are regulated at the Whistler Composting Facility. Whistler compost is tested regularly to ensure that pathogens and metals are all in compliance with Federal and Provincial Regulations.)

Eagles the canary in the coalmine?

The Brackendale Winter Eagle Count may well be the canary in the coalmine for BC's Wild Pacific Salmon.

Federal Minister Keith Ashfield (Dept. of Fisheries and Oceans) and MP John Weston were in town on Wednesday (Jan. 11) and few people knew. We found out because a Norwegian film crew (of all things) came by the BAG to talk to Thor about eagles and salmon before going to look for Minister Ashfield.

You may have noticed that not a lot of eagles have come for the Brackendale Winter Eagle Festival. It is hard to keep the energy happening when the stars of the show don't come. Most of us know by now that the eagles come to eat salmon and if there is no food they go somewhere else. Unfortunate for our EagleFestival, but much more frightening for the larger picture. It is not the eagles we need to worry about as much as it is the salmon.

There is plenty of chatter in emails just now about why the Chum run failed so totally and why there are so few Coho: targeted catch, misguided fisheries policy, foreign fishing, climate change, El Niño, local weather, river temperature and ISA virus, sea lice and alleged pollution from fish farms (mostly owned by Norwegian multinational corporations).

At the meeting I attended (possibly crashed...) a group of marvelously dedicated, educated, knowledgeable and polite speakers informed Mr. Ashfield and Mr. Weston of the issues as they experience them in their work as conservationists, volunteers and/or career biologists.

Mr. Ashfield listened and spoke, predictably, in noncommittal political bafflegab. This is what I heard:

• There is no ISA virus in B.C. because the fish farms test their fish and say there isn't any. The other tests, the ones from independent labs, the ones on Wild Salmon, are unreliable.

• Don't hold your breath for new funding, or any funding, for continuing all your good work.

•The government has no intention of implementing the findings of the Cohen Inquiry.

Salmon are the lifeblood of our ecosystem on the B.C. coast. Eagles, bears, and wolves, insects, fungi, aquatic life and even trees depend on nutrients brought up the rivers by the salmon. All along the coast communities depend on the food resource and reap the benefits of tourism based on our wilderness and wildlife. We need our government to act now to protect the Wild Pacific Salmon, not just to decry their loss and carry on business as usual.

The Brackendale Winter Eagle Count may well be the canary in the coalmine. Please tell me somebody is listening.

Given John French's productivity last week (eight articles), I don't fault him for not recognizing the misinformation in the statements of both the BC Salmon Farmers Association and the DFO cited in his article "Eagle Count lower than average, bird count host blames west coast fish farms for decreased salmon returns," or the absence of a response by the Minister of Fisheries and Oceans concerning the wild salmon crisis in his article, "MP John Weston hosts federal Fisheries and Oceans Minister, Maritime MP visits salmon enhancement projects" (Pique Jan.12, 2012).Neither was Mr. French apparently aware that a crew of Norwegian documentary filmmakers was refused admittance to the meeting though (according to a statement), "Meetings such as these bring our riding's world-class expertise and initiatives to the attention of cabinet ministers. This also affords the citizens in our riding the opportunity to bring their concerns, needs and aspirations to the federal government."

The extent of the mismanagement and misinformation on the part of the provincial and federal governments has been finally revealed by the Cohen Commission of Inquiry into the decline of Sockeye salmon in the Fraser River and the transcripts relevant to the effects of the salmon farming industry to wild salmon can be found at Alexandra Morton's site: www.salmona resacred.org, or in their entirety at cohencommision.com