Letters to the editor for the week of January 23rd

Attack on wild salmon continues Fisheries Minister Gail Shea announced on January 15, that she was going to open the door to fish farm expansion on the B.C. Coast.
Jan 22, 2014 8:00 PM By: Pique Newsmagazine Staff 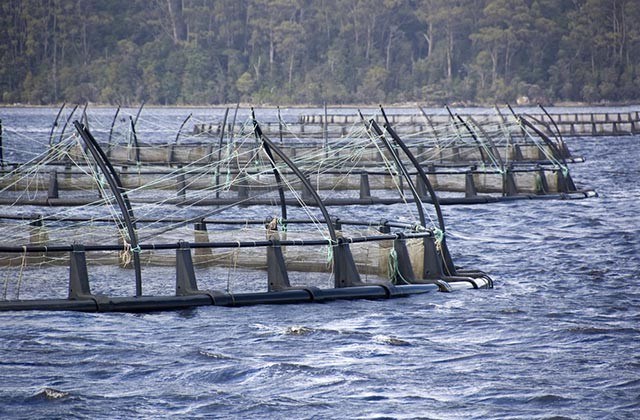 Fisheries Minister Gail Shea announced on January 15, that she was going to open the door to fish farm expansion on the B.C. Coast.

This goes against the recommendations of Justice Bruce Cohen in his Cohen Inquiry Report into the collapse of the Fraser River Sockeye.

It's a real blow to the future of wild salmon in B.C. and an extreme disappointment to the work of the Sea to Sky Fisheries Roundtable, which worked with local MP John Weston to get Prime Minister Stephen Harper to call the Cohen Inquiry in the fall of 2009.

It's a clear message that Prime Minister Harper and Fisheries Minister Shea have no interest whatsoever in following the recommendations of the Cohen Inquiry into protecting wild B.C. salmon.

I personally urge all British Columbians to contact their local MP to voice their concerns over this issue.

Please do not buy farmed salmon, and let your local grocer know that you oppose the sale of it in their stores.

Hats off to The Whistler Blackcomb Foundation for spreading its wings and its money throughout the Sea to Sky corridor.

Thanks to its generous grant of $240,000 Pemberton will get a new public building downtown, and thanks to a recent grant of $300,000, Squamish will get a great new community services building, Centrepoint.

Whistler Blackcomb obviously sees the benefits in keeping the whole corridor healthy and supporting all of our families; as people who work, play and volunteer across the corridor, we greatly appreciate that.

A date with death?

On Saturday, Jan 19, 2014, at 10.45 p.m. you crossed the highway with your snowboard under your arm, 50 metres away from the traffic lights located at Bayshores, just after that curve, if someone's driving northbound, like I was.

Your actions show complete disregard for your own life, as well as other people's lives. You did not hesitate to cross the highway at night, 50 metres away from the traffic lights, after a curve, and if someone hits you, it's not only your life on the line.

If you want to get yourself killed, I am not here to judge, but I ask you not to take the life and peace of mind of an innocent driver with you.

I am not sure if this might be a little too much to ask, but if you prefer, you may also take time to think that your life and safety are worth more than walking 50 or 100 metres. I am not sure if they are, it's up to you to decide.

Please enjoy Whistler responsibly, and maybe I will see you next winter.

This is not the first, or second, time something like this has happened to me, and I am sure it has happened to many other drivers as well. I honestly wish it was the last, but I cannot say I'm optimistic about that. We all make mistakes, but please let's think twice before making a mistake that might cost lives.

Don't forget one more thing: As we are all humans, it is always harder to see you when you're crossing the highway at night, when it is dark.

Bill in line with values

As the House of Commons resumes, I wanted to address the fact that many people have expressed interest in MP Michael Chong's Private Members' Bill, Reform Act 2013. This is an important issue, deserving of careful consideration.

A quick review of the bill shows that its principles reflect a sincere desire to improve the way Parliament works making the party's leader accountable to his caucus, removing his veto for a nomination, and allowing the caucus to handle who can be in the party. The bill would be giving a stronger voice to all MPs, yet the bill also supports our government and expresses loyalty to the prime minister. These are principles with which I agree.

Every day, I realize the privilege I have in serving one of the great democracies in the world. Democracy, though, is a process, and there are always steps we can take to improve it.

Consistently, I was among a group of 11 Conservative MPs who stood in the House of Commons in 2013 to support the right of all members to represent their constituents on any topic. As you may know, it led to a sensitive situation in which the Speaker of the House ruled in favour of my position, favouring democracy, deciding that the speaker has the power to allocate statements in the House, regardless of the positions of the whips. This ruling has potentially broad consequences — allowing legislators to more freely represent their constituents.

In each of my MP offices, I have posted our "Mission Statement," which reminds my staff and I that we serve all the people of my riding "passionately and effectively, without fear or favour, in accordance with our values: Freedom, Responsibility, Equality, Compassion and Integrity." As constituents approach us for help in dealing with our federal government, we aim to do our best, regardless of the background or political stripe of the constituent.

In line with continuous improvement to our democracy, the principles of Michael Chong's bill accord with my mission and values.

What a great day of racing under blue skies followed by Viking games and a feast!

Last weekend's Coast Cup #2 at Whistler Olympic Park was the full Nordic experience. We had 130 racers from four-year-old Atoms to Masters categories registered for the races. The results were posted online on Zone 4, see http://zone4.ca/results.asp?id=6340. Well done everyone!

The updated Club Aggregate Points Chart for the Regional Cup Series will be posted early next week, visit:http://crosscountrybc.ca/teck-regional-cup-series-club-aggregate-awards.

Our photographer, Irene, took plenty of photos, here is a link to the unedited photos which captured the day's events, more Viking photos will be added this week: https://www.dropbox.com/sh/kdksukxka7jvifa/fyLR2kQGrS

Thank you all for making the day so much fun. We had 50+ volunteers from several clubs sharing their knowledge and expertise in the stadium, race office, at the start and finish line, out on course, at the food stations, providing first aid, in fact, everywhere you looked there was someone lending a hand, including some young athletes/racers too — Jenya and Jennifer, our young emcees, did a great job and conducted some fun racer interviews!

There are some volunteers who have been working hard for days and weeks behind the scenes who deserve some special recognition: Margot Murdoch — your Chief of Race, Gwendolyn Kennedy (Chief of Timing), Dave Kirk (Chief of Stadium), Theresa Oswald (Chief of Course), Cheryl Morningstar (Volunteer Coordinator) and Sarah Sladen (Whistler Nordics Board Member) who masterminded the Viking Games and Feast.

Thank you too to all the staff at Whistler Olympic Park for providing a top-class venue and experience.

I am writing this letter in response to Catrina Baskin's letter last week (Pique Jan16).

She claimed that reading Ms. Penny Reinecke's letter about the three-year anniversary of her daughter's death on Highway 99 really "brought her down."

I don't like to make assumptions about people but I am guessing that Ms. Baskin does not have children of her own. To say that reading something about the death of someone's child "brings her down" is so extremely insensitive that it made me shake.

Mrs. Reinecke's life has been totally destroyed by her daughter's death and will never, ever be the same and Ms. Baskin was brought down hearing about it?

She then states that by the Pique publishing her letter, they were supporting her inability to move on with the loss of her daughter. I don't think a parent ever moves on from the loss of a child, nor should they be expected to. The love for your child is not understandable to those that are not parents. I would give my life for my children's without question as I'm sure Mrs. Reinecke would have as well.

I understand that there is a huge issue of people (often drunk or under the influence of drugs) walking on the side of, or on, Highway 99 during the hours after the bars close.

My boyfriend works nights (driving) and experiences first hand this happening all the time.

I encourage him to stop and help people that are clearly inebriated to get home safely in order to avoid another senseless tragedy.

This is absolutely an issue that needs to be addressed. If Ellie Reinecke had chosen the Valley Trail instead of the Highway 99 that night she would still be alive today.

Mrs. Reinecke's lack of ability to forgive (the taxi driver) is her own choice and somewhat understandable. In her case, it falls on the driver who hit her daughter, while going over the speed limit.

It's very possible that if he were going the speed limit, the same tragic outcome would have ensued. In no way am I passing judgment on the taxi driver in this case. I have no doubt he has suffered horribly from this incident as well and no doubt his life will never be the same either.

I just ask that we please stop expecting a mother to "move on" from losing her child, and let her express her grief however she needs to, for as long as she needs to. She will suffer from this accident until the day she dies as well.

The class had to learn how to use all of the tools in the shop in just six weeks, when over half of them have never been in a shop before. After doing two little projects to practice using some of the tools, they dove into planning their copper projects.

Being only 13 or 14 years old, most of the students have never had to plan something that they were going to make out of metal.

Some of the students who had worked in a shop before knew what they wanted to make right away, but some of the others had to think what to make for a day or two.

When they were all working in the shop, the older students seemed to act like role models from demonstrating proper safety techniques to using the tools correctly.

Being 13 or 14, you can imagine that there were some problems, but in the end, all the projects turned out magnificently, and the finishes were spectacular.

Come visit Britannia Mine Museum during the month of February to see their display!