Letters to the Editor for the week of June 13

Neighbourhood clean up The Emerald neighbourhood held its invasive weed pull and FireSmart event on June 2.
Jun 13, 2019 12:00 AM By: Pique Newsmagazine Staff 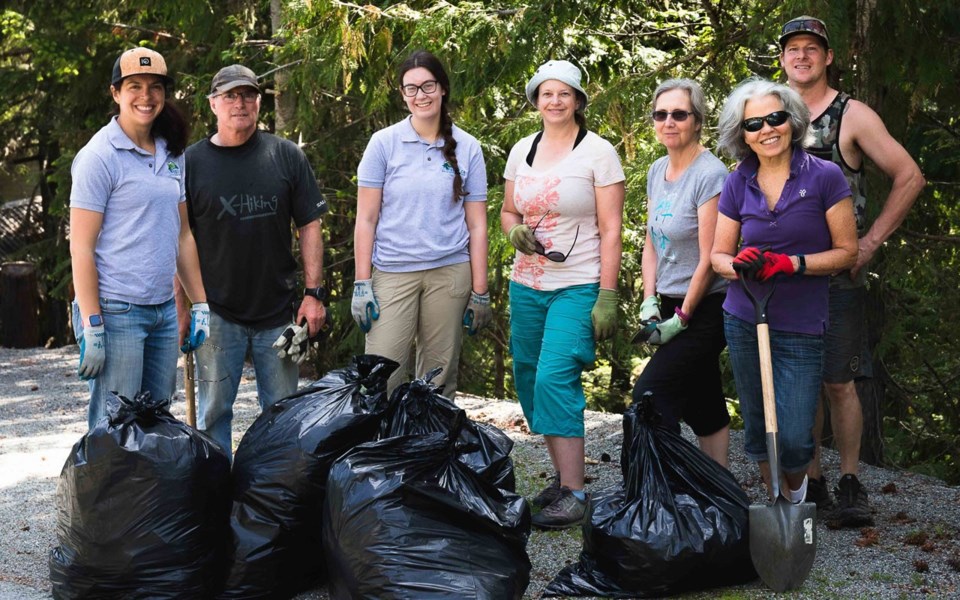 The Emerald neighbourhood held its invasive weed pull and FireSmart event on June 2.

Thank you to Clo Godbout and Jen Walton from the Sea to Sky Invasive Species Council for coming out to show us how to remove burdock and identify other problematic species.

We managed to clean up part of the area and hope to work on the rest.

Thanks also to Scott Rogers from the Resort Municipality of Whistler for explaining the different components to consider when fire-smarting around our homes and then providing specific home evaluations.

The neighbourhood has already removed 100 cubic metres of combustible debris and we hope to remove even more.

Thanks also to the Alpine Cafe for providing coffee and to the Community Foundation of Whistler for providing funds to celebrate all the work at our upcoming neighbourhood barbecue on Sept. 8.

It was great to see so many of our neighbours and to meet some new ones, too.

Every time I've looked at internet-site Gas Buddy in the last couple of months, regular gas in Whistler (at both stations) has been steady around 155.9 cents per litre.

Lately, even Squamish and Pemberton have been a little bit less than us.

But this week, it was the same across the board. Even when the Greater Vancouver Regional District (GVRD) dropped its prices for a few days to around 139.9-ish, Whistler (and Squamish) didn't and remains at 155.9. Pemberton did drop to $1.52 on June 8, but that's still way over the GVRD prices. So, do the math and that translates into an additional 16 cents per litre more in the Sea to Sky.

Whistler is exempt from the GVRD 17-cent TransLink tax, so add that to the extra we're already paying and that translates to 33 cents per litre over and above the general GVRD prices.

In my medium-sized SUV, that would cost approximately $19.80 extra every time to fill up the tank. I would rather gas up elsewhere and put that money toward a nice bottle of wine!

Gas prices here are grossly inflated due to greed, and they're taking advantage of Whistlerites who have no other recourse but to buy their gas locally.

Until gas prices here properly reflect what they should be outside of the GVRD, I'm boycotting Whistler (and Sea to Sky) gas whenever possible and I'm recommending others (who have a choice) do so as well.

The Friends of the Whistler Public Library would like to extend a huge thank-you to everyone who made our plant-sale library fundraiser a great success.

The library plaza is a wonderful venue for an event, and trailers and truckloads of plants and bulbs started arriving by 8 a.m. The sun was shining and the volunteers keen.

The Sea to Sky Invasive Species Council and local author Jane Reid (had arrived by then as well). Thank you.

Every year, Nesters Market donates flats and flats of annuals and this year they were loaded with colour—thank you. They really boost our sales. Bulbs were donated by the Brew Creek Centre, the Resort Municipality of Whistler and Out on a Limb again this year, too. Thank you and a special shout-out for Janice Lloyd and John and Karen Wood who volunteered their carports and built drying racks for those truckloads of messy bulbs.

Thank you to Blenz for the coffee service and the librarians working around all the extra traffic.

Finally, thank you to the Whistler community for its volunteerism, donations and support. We saw many new and old faces and plenty of garden gossip was exchanged.

Friends of the Library meets on the third Wednesday of the month at 4.30 p.m. at the Whistler Public Library.

The Whistler Naturalists would like to thank everyone who made our 13th annual BioBlitz a success—an event to highlight and research the rich biodiversity in our area. First, to the quality and quantity of over 60 scientists and volunteers, some of who are the best in B.C. in their field.

The event started in Spring Creek, Myrtle Philip and Whistler Secondary schools where BioBlitz scientists presented to 26 classes and over 600 students. With a wide variety of presenters, students had opportunities like seeing live wetland critters and spiders, examining pollinators under a microscope, discovering the wild world of fungi and going on nature exploration walks. Thanks to all the students and teachers who had lots of questions and enthusiasm for the presenters.

Also thanks to our feature presenters: Andy MacKinnon, who talked about the importance of old-growth forests; Shaun Muc for sharing his big-tree hunting experiences; Matthew Beatty, who described his team's tree climbing in ancient forests; and Bob Brett for presenting "Whistler's Old and Ancient Tree Guide," based on his coring of over 1,000 trees in the Whistler area.

On Saturday, we were blitzing in Pemberton—Mosquito Lake/Econoline area—and would like to thank Veronica Woodruff and her team of volunteers for making sure nobody got lost. Thanks also to Lois Joseph, Lex Joseph, and Mulholland for welcoming our group to their territory. And, of course, bus driver Ed Gordon for making sure we were transported safely.

We were so happy to have five junior scientists with us to discover what a day in the life of a field biologist was like. Thanks to Nate and Asher from Spring Creek, Drake from Signal Hill and Luana and Matt from Whistler Secondary. Matt ascended with the tree-climbing team from Expedition Old Growth that was able to bring down samples from the tree canopy for the scientists to catalogue. It was also great to have six of the field crew from the Sea to Sky Invasive Species Council with us learning about plants and other organisms.

Thanks to the scientists who shared with us their "Finds of the Day" on Saturday evening and those who shared their expertise at Alpha Lake Park on mammal tracking, tree climbing, owls, night insects and bats. Especially fun were the infrared binoculars that you could see mammals in the dark with!

On Sunday, we were up in Whistler Olympic Park in the area where Bob had cored trees that were more than 1,200 years old. The scientists were awed by the diversity in this beautiful old-growth forest. Sunday was also the day for the Breeding Bird Survey, which some of the team members have been doing for 40 years!

Results need to be tallied up and will be announced in the weeks to come. Thanks to all the people taking part in our iNaturalist contest—so far you made 494 observations and documented 220 species! Also thanks to Michael Marchment (Marchy) for patiently following us around to video our BioBlitz adventures.

On behalf of the Whistler Waldorf School, we would like to give a big thank you to all of the guests, supporters, volunteers and friends who contributed to the success of our 12th annual fundraising gala.

Thanks to you, we raised a fantastic $80,000, with donations still coming in. This generosity will contribute towards enabling us to:

embark on strategic initiatives including hiring a project lead for a new childcare program; and

We are also able to fully fund all the items on our 2019 teachers' wishlist!

A huge thank you to all the local businesses and individuals who contributed to our live and silent auctions—you have all played a major role in our success and we are very grateful. For a full list of supporters, please see our website: whistlerwaldorf.com.

On behalf of all the students and teachers at Whistler Waldorf, a heartfelt thanks for your support. We welcome you to join us next year!

We feel the need to clarify information contained in the recent Village of Pemberton project update for the Friendship Trail Bridge, which said the Village was in active negotiations to secure a right-of-way to the east of the bridge for approximately 650 square metres for the landing of the transition from the bridge to the Friendship Trail. Despite the Village's best efforts, discussions ceased as the Village could not meet the requests of the landowner.

In fact, engineered design plans for the Friendship Trail have not been forthcoming to the landowner despite numerous requests made to local governments since February 2017.

When any major permanent community infrastructure is being built in any community, it is common practice to communicate with and work with landowners living within close proximity of the proposed permanent infrastructure.

Unfortunately, in the Pemberton Valley this has not been the practice in many instances over many years.

The landowner wanted to ensure the proposed, permanent infrastructure (Friendship Trail) would be sensitive to, and compatible with, their operational farm. The suggestion of a right-of-way was not proposed to the landowner until the walking bridge was close to completion and it was discovered that the area where the chicane was intended to be built was not sufficient.

The landowner was requesting harmony with Village of Pemberton water rates for a handful of landowners amidst connecting Village-of-Pemberton developments. The landowners have been experiencing 100- to 300-per-cent water-rate increases arbitrarily charged over a number of years without any consultation or notification.

We apologize for any upset this may be causing our friends in the neighbouring Lil'wat Nation community.

Your community has shown us great respect and we know how important the Friendship Trail is to ensuring the safety of Lil'wat community members. We hope a proper commuter trail will eventually be available to support safe travels between our communities.