Letters to the Editor for the week of May 14th

Consider the unintended consequences of fighting COVID-19 As a local family physician, I feel compelled to write in support of the concerns expressed by my colleague Dr.
May 14, 2020 12:00 AM By: Pique Newsmagazine Staff 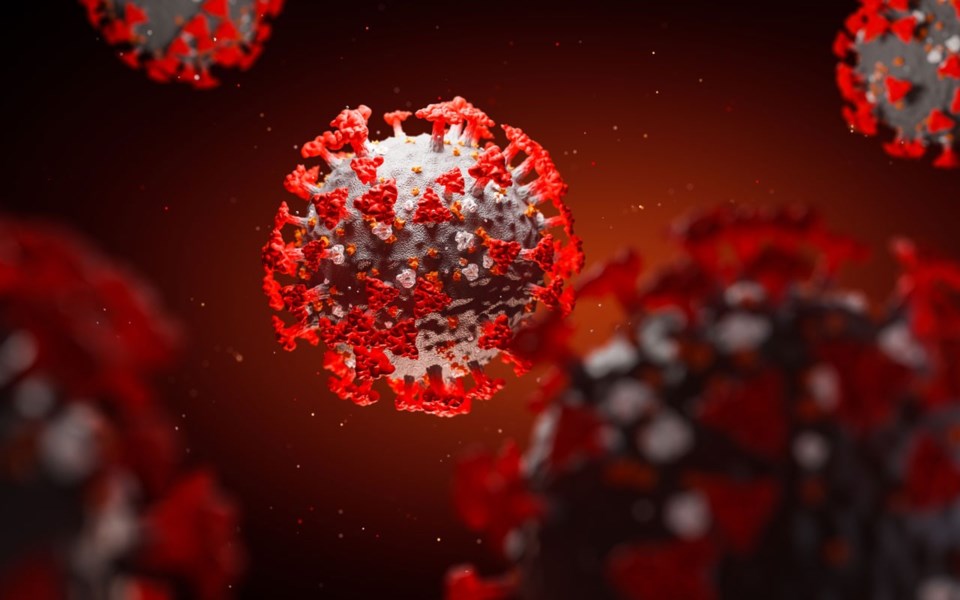 As a local family physician, I feel compelled to write in support of the concerns expressed by my colleague Dr. Denton Hirsh in last week's Pique ("Fear should not influence COVID-19 policy").

After centuries of rule by emperors, popes, sultans, kings, economists, multinational corporations and elected officials, we now have doctors controlling world politics. But, like all of their predecessors, chief medical officers are over-indulging in the instillation of fear in order to maintain control of their subjects.

As Dr. Hirsh expressed so well, public policy should instead be based on rational risk-benefit analysis. Though we are temporarily enjoying the collateral benefits of cleaner air and reduced traffic accidents, I believe that society's hysterical response to the novel virus will ultimately bear long-term negative consequences far worse than the disease itself.

Relentless global media bombardment and electronic hyper-connectivity have created a monster. (Oh, and heroes, too, like me, supposedly!) We have developed a collective autoimmune disorder bordering on anaphylactic shock with multi-organ failure, including that of our financial system, the circulatory system of society. And who would have believed we'd see the day when marijuana is legal but hugging is not?

As virulent as it may be, COVID-19 is not exactly the Black Death. But we are now dealing with fear of an unfamiliar risk. Yet, we have long been totally comfortable with voluntary daily exposure to familiar risk. For example, a regular motorist is exposed to a lifetime risk of accidental death or permanent injury of over 25 per cent. In order to save 1.3 million deaths and another 30 million serious injuries worldwide annually, what chief medical officer has proposed measures to decrease dependency on personal motor transport? Instead, with the new paranoia regarding public transport, our roads may soon be more congested and more dangerous than ever.

Another exasperating inconsistency with affluent society's sudden dread of death from infectious disease is that we actually have never had any problem accepting it in other cultures. Long after achieving spectacular success in reducing infectious-disease risk through improved hygiene, clean water, vaccinations and antibiotics, we remain very parsimonious in sharing these benefits with fellow human beings in less fortunate circumstances.

For a tiny fraction of the current price we have elected to pay to "combat" COVID-19 (essentially a euphemism for delaying deaths), we could have been saving millions of young lives each year in poorer countries. Is the life of an 88-year-old white nursing home resident really worth more than that of 1,000 African children? And on the subject of the welfare of the elderly, studies consistently identify regular social contact as one of the strongest predictors of their sustained mental and physical health. How much longer are we supposed to avoid visiting our parents and grandparents?

Oh, but if we don't delay deaths, we may "overwhelm the healthcare system," we are told on a daily basis. Ironically, the current paradigm will be sure to do just that. As we continue to turtle, how many vital medical procedures and screening measures have been delayed? As Dr. Hirsh emphasized, diseases such as diabetes, hypertension, coronary artery disease and cancer all remain greater threats to the average Canadian than does contamination with COVID-19. How many new cases of any of these four common conditions have I diagnosed in the past two months with the new mortality-displacement program? None. Some hero I am!

Yet another disturbing concern with the current model is quite personal, but I suspect not unique amongst my colleagues. Forced to perform interventions in awkward, poorly lit makeshift facilities away from my office, I have already incurred contaminated needle stick and scalpel punctures, two events in eight weeks that typically occur to me perhaps once every 10 years. I'd rather be exposed to coronavirus than to HIV.

Instead of further obsession over flattening the COVID-19 curve, maybe it's time instead to flatten the C02 curve. It's funny how we have never really done much at all to make the world secure for 100 per cent of the next 10 generations, but we stop the world in its tracks to try to protect perhaps 10 per cent of the previous.

Rather than cowering into a corner for another year or two, I invite my patients to turn adversity into advantage, and transform the threat of infection into motivation to live as healthily as possible in order to minimize the risk of complications if and when exposure should occur.

And go ahead, hug your friends, but perhaps it is wise to continue to avoid picking your nose. Don't let fear happen to you.

Dr. Denton Hirsh in his letter to the editor (Pique, May 7) suggests that "fear and strong emotions" are determining our COVID-19 public policy.

He further suggests that the financial obligations for fighting this pandemic are enormous and that "with expected second and third waves of this virus, we consider allowing for a higher burden of disease, despite the possibility of a higher near-term death rate and hospitalization, given the cost and consequences of our current approach."

I do not doubt Dr. Hirsh's sincerity regarding his observations on this matter, but they are erroneous and misguided.

My background is in economics and finance, and for a considerable part of my career I was involved in public-policy decision-making. It is not fear and emotion that is responsible for formulating our policy in British Columbia, but science and facts put forward by health professionals who understand the nature of pandemics.

The goal was not to reduce the number of deaths—although this is a likely and desirable outcome—the goal was to not overwhelm the medical system and thereby experience a breakdown in the system, the obvious panic that would ensue as a result, and its much greater negative impact on the economic system.

The economic and financial costs of allowing this virus to take its course, including during any potential future waves, would be much greater in the long run than interrupting the trajectory of infection with lockdowns.

Further, as we have learned in the past, our economy is equipped to deal with debt loads. Witness the debt incurred during the Second World War. The fear and emotion surrounding the consequence of public debt loads has been largely driven by political posturing, not by sound economic theory.

It really is a question of which approach has the highest cost, and economic science tells us that mitigating contagion and supporting those whose income has been interrupted while doing so is the most prudent course of action.

This approach has the lowest cost and the greatest benefit. That doesn't mean it will be comfortable.

If we wish to see the cost and consequences of decisions based on fear and emotion, we only need look to the U.S., whose costs and consequences of re-opening too quickly and too broadly are going to be unnecessarily high. It will take the U.S. economy much longer to recover from COVID-19 than here in Canada because the response south of the border has been inept and politically driven.

The real failure with COVID-19 is that we were so unprepared from a public policy standpoint. Had our priority been to protect the financial and economic system from a pandemic, we would have invested in the systems and equipment to do so. It was well understood among the scientific community that a pandemic was likely, and yet, little was done to mitigate its consequences in advance of it occurring. We are now paying for our lack of preparedness, but that doesn't mean doubling down on an irresponsible approach.

We will get through this, but it will take effort from all of us to maintain our commitment to preventing this highly contagious disease from spreading.

Advancing arguments that suggests there is a trade-off between letting some people die so others can get a paycheque is a false dichotomy. If we don't do everything we can to prevent people from getting the disease—including responding aggressively to future waves—not only do social and health costs skyrocket, so do financial and economic ones.

We are local farmers in the Whistler/Pemberton area and have been doing markets in this area for more than 20 years.

It became apparent that most farmers were selling basically the same products in season, so recently we diversified by adding cut flowers. Our business greatly improved and our display became colourful and attractive. People bought flowers and produce just like they can at most grocery stores.

Farming is farming. Local flower growers are a legitimate agricultural business and important to the local economy and should be viewed as such.

We are concerned and protest the banning of flower sales at farmers' markets due to COVID-19.

We see this as discriminatory and unfair and it doesn't make sense.

With the cancellation of most events and weddings this season, there remain few options for sales. Do we really want to see this sector go out of business and rely on energy-dependent imports?

What is wrong with having flowers and produce at our stand? In these trying times, flowers can bring joy and hope. That is their main purpose.

If flowers are not an essential product, why are alcohol sales approved?

We strongly suggest this regulation [be reconsidered, as it] does absolutely nothing to contribute to the spread of a virus. If safety protocols are in place for food farmers, they can be applied to flower sales as well.